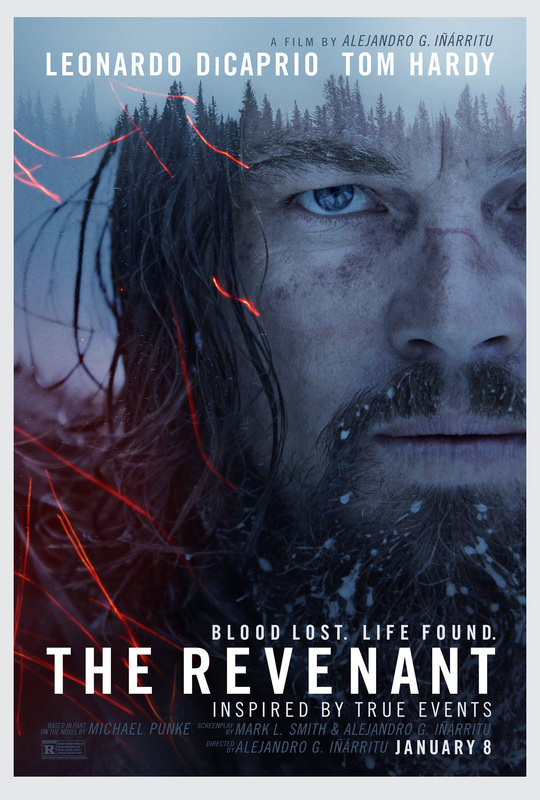 Academy Award winning director and screenplay writer Alejandro Gonzalez Inarritu's latest film - and one of the most anticipated films of the year - "The Revenant" is dominating this year's Academy Awards with a total of 12 nominations including "Best Film," "Best Director" and "Best Male Actor." Starring Leonardo DiCaprio, Tom Hardy, Domhnall Gleeson and Will Poulter, the film is set in the United States in the 19th century. Inspired by true events, the film captures one man's epic adventure of survival and the extraordinary power of the human spirit. In an expedition of the uncharted American wilderness, legendary explorer Hugh Glass (DiCaprio) is brutally attacked by a bear and left for dead by members of his own hunting team. In a quest to survive, Glass endures unimaginable grief as well as the betrayal of his confidant John Fitzgerald (Hardy). Guided by sheer will and the love of his family, Glass must navigate a vicious winter in a relentless pursuit to live and find redemption.

Academy Award winning Italian director Paolo Sorrentino presents his new film following his critically acclaimed 2013 film "The Great Beauty." Starring Michael Caine, Harvey Keitel, Rachel Weisz and Paul Dano, "Youth" is set in a hotel in the Swiss Alps whose guests are unique. A retired orchestra conductor is on holiday with his daughter and his best friend, a film director, in the Alps when he receives an invitation from Queen Elizabeth II to perform for Prince Philip's birthday.

Starring Zac Efron, Robert De Niro and Dermot Mulroney, the comedy "Dirty Grandpa" is about a young man who sets off on a crazy journey with his grandfather. Right before his wedding, Jason (Efron), is tricked by his grandfather (De Niro) and ends up in Florida during Spring Break. The film is directed by Dan Mazer who was honored by the British Film and Television Arts Academy.

(Talpidae: The Talisman of Shadow) The Turkish animated film series "Köstebekgiller," which is directed by Kudret Sabancı, continues with the new film of the sequel. The film brings together real-life characters and original animated characters.

Norm of the North

The second animated film of the week is "Norm of the North," directed by Trevor Wall. Dubbed by Bill Nighy, Rob Schneider, Heather Graham and Zachary Gordon, the film focuses on Norm and a crazy real estate developer who tries to build a luxury hotel in Norm's lands. After the invasion of his Arctic home, Norm and his three lemming friends head to New York City, where Norm becomes the mascot of the corporation in an attempt to bring it down from the inside and protect his homeland.