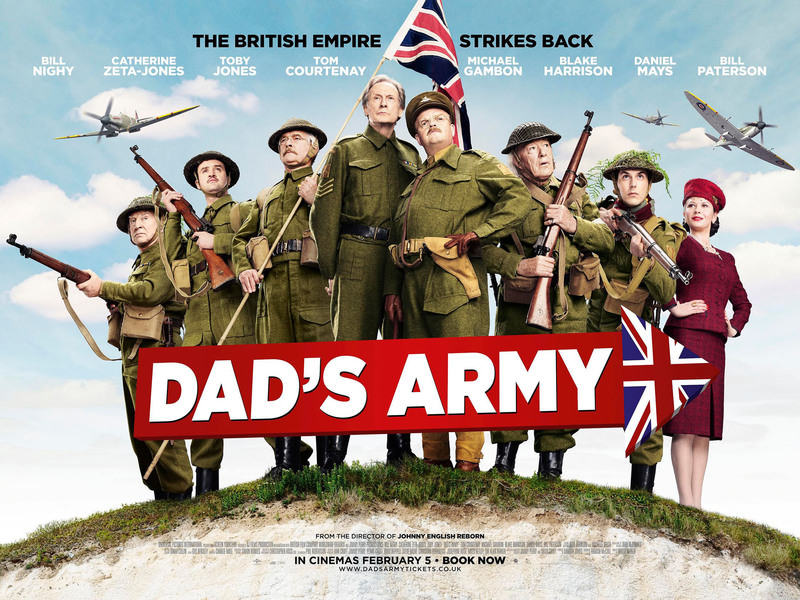 by Feb 03, 2016 12:00 am
Popular British television show "Dad's Army" gets a cinema reboot this week in a new comedy hoping to garner the same laughs the sitcom did nearly 40 years after it ended. The BBC show, running from 1968 to 1977, followed the antics of an incompetent Home Guard platoon in the fictional English town of Walmington-on-Sea during World War II.

It is now a TV re-run stalwart

In the new film, starring Catherine Zeta-Jones, Michael Gambon, Bill Nighy and Toby Jones, the platoon is faced with a spy threat. Jones, who plays the pompous Captain Mainwaring, said he was not originally interested in taking part in the reboot until other cast members were revealed. "'Good luck with that, I hope it all works out for you. That sounds like a really bad idea to me. That's my first response to that," he told Reuters in an interview when asked about when he first heard about the project. "(Producers later said) 'Well we have found these actors' and that's when I go 'Ah alright, hang on I want to be part of it'." Veteran actor Tom Courtenay, who plays Corporal "Don't Panic" Jones, also said he thought the movie "seemed a better idea" once he knew the likes of "Harry Potter" actor Gambon and Scottish actor Bill Paterson were on board. Oscar winner Zeta-Jones plays mysterious journalist Rose Winters who arrives unexpectedly to the seaside town. "It's always fun to play the femme fatale, and you know, on what side is she on, is she good is she bad ... you find that out in the movie," she said. "Dad's Army" is released in U.S. and UK cinemas on Friday.