Srebrenica mothers destined to bear burden of past war 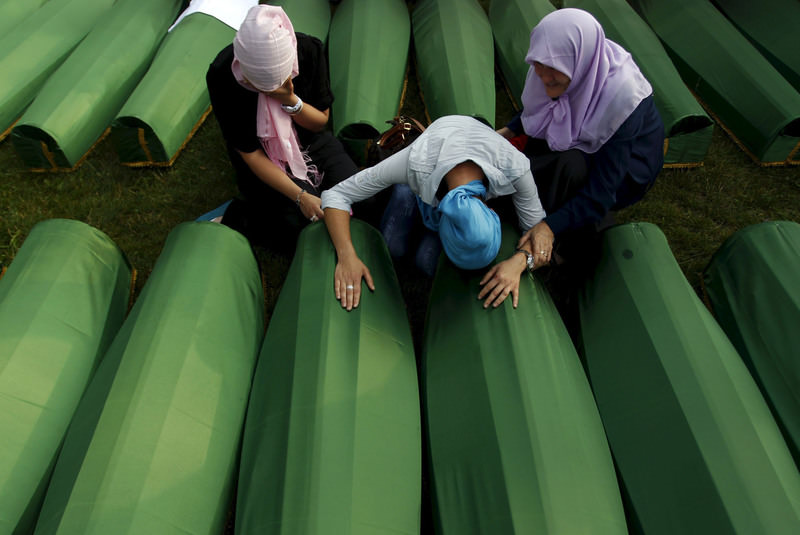 Director Faysal Soysal is currently working on a documentary series which depicts the sorrowful lives and struggles of the mothers of Srebrenica, Bosnia, who lost their sons in the war in early 1990s and are still experiencing trauma with every bone discovered in the city

Faysal Soysal, the director of the documentary "Srebrenitsa Anneleri Kayıplarını Arıyor" (Mothers of Srebrenica: Searching for their Lost Ones), which aired on Turkish Radio and Television Corporation (TRT) Belgesel, traveled to Bosnia-Herzegovina for the first time in 2003, during the opening ceremony of "Stari Most" (The Mostar Bridge). After his first visit, the director decided to move to Bosnia-Herzegovina to shoot a short film. "I previously had a script for a short film in hand, but the things that I felt in Bosnia changed the core of the script. Then I directed my feature length film "Üç Yol" (Three Roads), which takes place between Turkey and Bosnia-Herzegovina in 2013. The film focused on Mostar, Stari Most and the people who were declared missing during the Bosnian War. The film, which is the re-interpretation of the life story of the prophet Joseph, follows a character that is looking for missing people in mass graves as part of [the United Nations'] forces," Soysal said.

During the filming of "Üç Yol," the director learned about the story of Hatice Mehmedovic in Srebrenica. Mehmedovic was looking for the body of her son who was killed during the Srebrenica Massacre. Deeply moved by her story, Soysal directed a documentary titled "Kayıp Zamanlar" (Lost Times), for Al-Jazeera Turk. The documentary focused on the stories of survivors of the Srebrenica and Prijedor massacres - Hatice Mehmedovic and Mirsad Duratevic - and their 23-year-long journey to find the remains of their lost loved ones. Around the time that "Kayıp Zamanlar" was being filmed, a new mass grave with the bodies of 960 people was unearthed in Prijedor. These findings are just a small portion of the 30,000 Bosnians who were declared missing during the war. Following the massacres in various Bosnian cities, these people were all presumed dead and only 20,000 were identifiable since Serb forces had killed nearly every male member of every family, making it nearly impossible to make a DNA match. 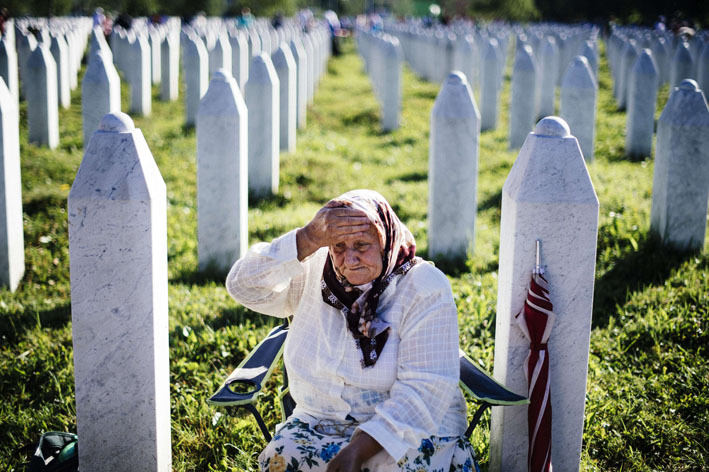 During the Bosnian War, 30,000 Bosnian people were declared missing. Following the massacres in the various Bosnian cities, these people were presumed dead and only 20,000 were able to be identified as the Serb army killed all male members of the most of the families which makes it hard to find a DNA match.

So far, TRT Belgesel has aired two episodes - "Saliha Anne" and "Şuhra Anne" - which focus on the story of a different mother. Each episode of the documentary portrays the mothers as living proof of the Srebrenica Massacre and tells the story of their journey to find their children. Soysal said 8,372 people were slaughtered on July 11, 1995, in Srebrenica. "The United Nations should be blamed for the killings of all those people in the U.N. camp where Dutch troops were located," he said. "The Dutch soldiers said in court that they were also desperate because they did not have weapons and U.N. troops were not armed forces but were there for humanitarian support. The number of soldiers stationed decreased a week before the attack and they were not equipped with heavy weapons even though it was a known fact that the Serb forces had heavy artillery. I do not believe that the Europeans have any internal feud today about the massacre that took place in Bosnia-Herzegovina. I do not believe fanatic Christians are sorry for the massacre. Some sanctions were imposed in the name of international law and justice but none of these sanctions were placed on the Serbs. The mothers of Srebrenica said Serb forces were not the only ones who were part of the massacre that day. The mothers claim that the day Serbian commander Ratko Mladic captured Srebrenica, he said: 'I dedicate this day to the Serbs. We finally avenged the Battle of Kosovo and the Turkish victory. We are on the verge of a holy festival.'" 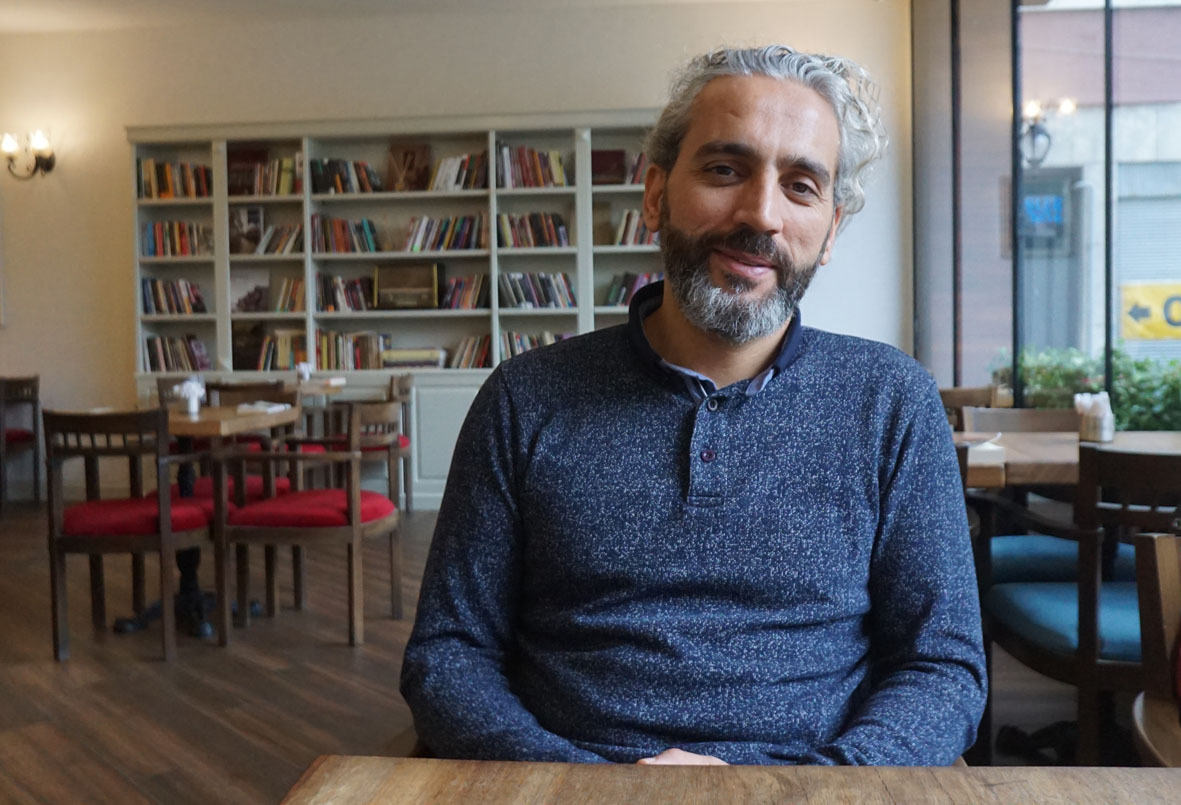 "The mothers of Srebrenica say that they wanted to die on the same day with their loved ones. However, they also believe that God left them alive as a reminder of the massacres and the cruelty they had to endure. They are keeping the spirit of their martyrs alive," director Soysal said.

The director also claimed that the mothers said they saw the national flags of Romania, Greece and Russia being raised during the speech of Mladic. Soysal added that many people disclose the whereabouts of mass graves in exchange for money. Bosnians have had a hard time procuring funding for the reconstruction of their houses that were confiscated by the Serb forces during the war; however, the British built villas for the Serbs following the war, according to Soysal.

Soysal said it is hard to portray the massacre on the silver screen due to the international power struggles. "Even if we want to direct a film in Turkey that will lay everything bare, the film would probably cause a rift in our relationship with the European Union," he said. Even Richard Gere had to pay attention to every little detail while filming his 2007 film 'The Hunting Party.' Filmmakers can never be objective on this subject. They touch upon small things in order to confess their sins, but nobody finds courage to say who was behind these massacres." He added that documentaries are advantageous compared to fiction films. "In documentaries, we interview the people who felt the pain and witnessed all those events directly face-to-face. Those people have no reason to hide. They tell us their memories," Soysal said. He added that people still avoid talking about what happened in Srebrenica. "What happened in Srebrenica is something that should be discussed by politicians, sociologists and psychologists," he said. "Who is guilty? The politicians might find an answer to this question but the film industry cannot. The film industry can only present the universal pain of an individual. This individual can be Bosnian, Kurdish, Palestinian or Chechnyan, it does not matter. Cinema can turn the pain of a single individual into a universal pain that can be felt by all of humanity."

Soysal said the mothers of Srebrenica he interviewed during the filming of the documentary are pleased with Turkey's support given to Bosnians who were exposed to the massacre. "There are no young people in Srebrenica. There are small children whose parents are out of work. These people will probably leave the region if new job opportunities do not open up," Soysal said. "People have to invest in Srebrenica. The only factory that operates only employs Serbs. There are almost no young people; only old women were left alive."

The third episode of "Srebrenitsa Anneleri Kayıplarını Arıyor," which is titled "Hanifa Anne," will air today on TRT Belgesel. Moreover, six mothers from Srebrenica will visit Turkey on March 8 to tell their stories at various events.
RELATED TOPICS