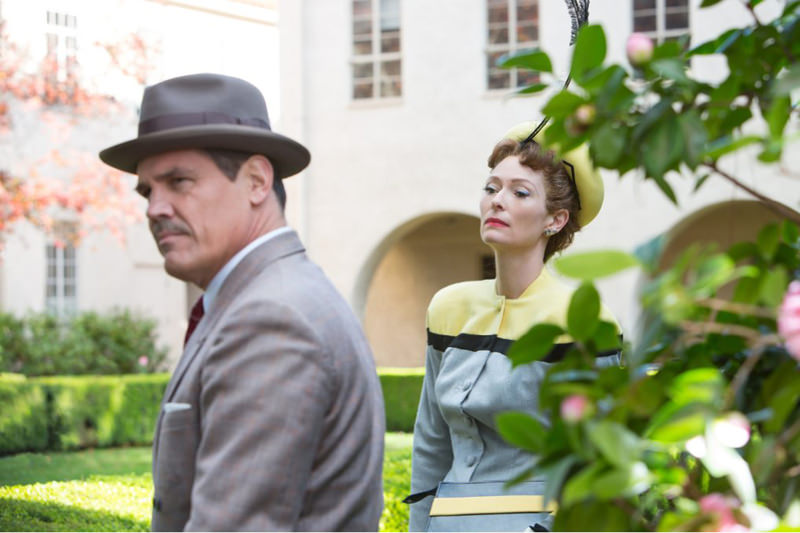 by Feb 05, 2016 12:00 am
For more than thirty years, Joel and Ethan Coen have tackled almost every film genre, from stoner comedy "The Big Lebowski" to revenge Western "True Grit" and the 1960s New York folk music scene in 2013's "Inside Llewyn Davis." But for their latest caper, the filmmaker brothers found themselves inspired by something a little closer to home - Hollywood's Golden Age.

"Hail, Caesar!," out in U.S. theaters Friday, follows a stress-filled couple of days in the life of Eddie Mannix (Josh Brolin), a fixer at a major Hollywood film studio who is dealing with the mysterious kidnapping of his leading man Baird Whitlock (George Clooney).

Then there are the suspicious movements of singing-and-dancing spectacle Burt Gurney (Channing Tatum).

"It's hard to be in (Los Angeles) for any length of time and not feel like it must have been great in the 40s and the 50s," Ethan Coen told Reuters. "So much of it has gone but there's enough of it left to suggest what it might have been like."

Hollywood's glamorous facade is a world away from the small town crime wave in 1996's "Fargo," the underground folk music scene that the Coens explored in "Llewyn Davis" or the suburban dynamics in "Burn After Reading."

"It's a different world and the exotic nature (of Hollywood), that's part of the attraction," Joel Coen said.

With the exception of Mannix, who is inspired by the real-life Eddie Mannix, a fixer at Metro-Goldwyn-Meyer during the 1930s through 1960s, all the characters are fictional hybrids of real Golden Age stars. Clooney's Whitlock has roots in Cary Grant, Johansson's smart-talking aquatic actress DeeAnna Moran has shades of Ester Williams and Lana Turner, Swinton's dual role as Thessaly and Thora Thacker is derived from influential Hollywood gossip Hedda Hopper and Tatum's Gurney channels the charms of Gene Kelly. Ethan Coen said they were drawn to Mannix as a "kind of a Christ-like figure because he takes on all these problems, other people's sins." "He's also the sane person in the insane universe, he's the one person who's not the kook in a kooky world that he has to control, he's the straight man," added Joel Coen. "That probably is relatable to a lot of people."