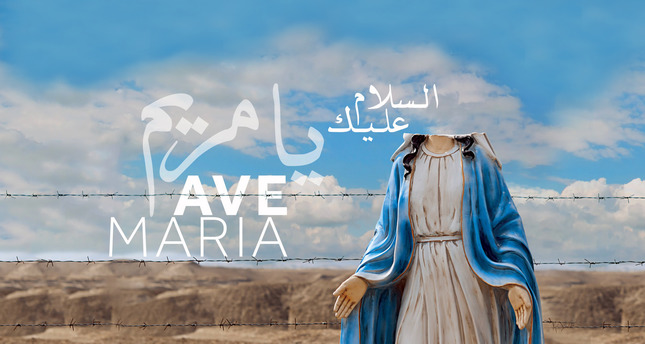 The 27th Istanbul Short Films Festival, which began Thursday, is once again coloring the city with national and international short films, including Oscar-nominated short film ‘Ave Maria,' at the theater halls of Italian, French and German cultural centers

Maintaining its place as one of the leading art events in Turkey and drawing a great deal of attention, the International Istanbul Short Film Festival is celebrating its 27th anniversary this year. The festival is again full of must-see national and foreign short films. Short films, most of which have received awards from different international festivals, will be presented to the audience free of charge until Feb. 10. The films will be shown twice with Turkish subtitles at the French Culture Center in Taksim, Italian Culture Center in Tepebaşı and German Culture Center in Galatasaray.

"Documentaries, Fiction Films, Animations and Experimental Films" are the genres which will be presented within the framework of the festival. A total of 1,023 films applied to the festival. Apart from personal applications, short films chosen by film centers such as UNIFRANCE from France, the Krakow Film Foundation from Poland, the Goethe Institute from Germany, Italy's Rome Film Festival and the Instituto Cervantes from Spain will also participate as part of the festival. Film applications first go through the pre-elimination stage, later, the program is adjusted and the Festival Success Plaque is given to the first film of each branch after being seen by a jury consisting of accomplished cinema figures. A total of 57 films from Turkey will attend the festival this year alongside 80 foreign films. The jury members are Ali Aga, Beste Bereket, Burcu Aykar, Natali Yeres, Osman Evre Tolga and Selim Demirdelen.

The premiere of the documentary, "Nazım of Bursa," directed by Sadık Aslankara in collaboration with Güney Özılınç, will take place in memory of Nazım Hikmet's 114th birthday. This production took five years to complete and it enabled many witnesses that could not be reached previously to share their story.

The opening ceremony of the festival will take place at the Italian Culture Center at 7 p.m. on Feb. 5. The night will start with the "National Contest Award Ceremony," and Hilmi Etikan on behalf of the Festival Organization Committee will inform the guests about the festival. Later, the participants will be presented with a screening program for the foreign films being screened during the festival. The preparation for the festival lasted nearly a year, and it owes its development and existence to the efforts of the organization committee and also the huge interest of the audience. For detailed information about the festival, please visit: www.istanbulfilmfestival.com.
RELATED TOPICS