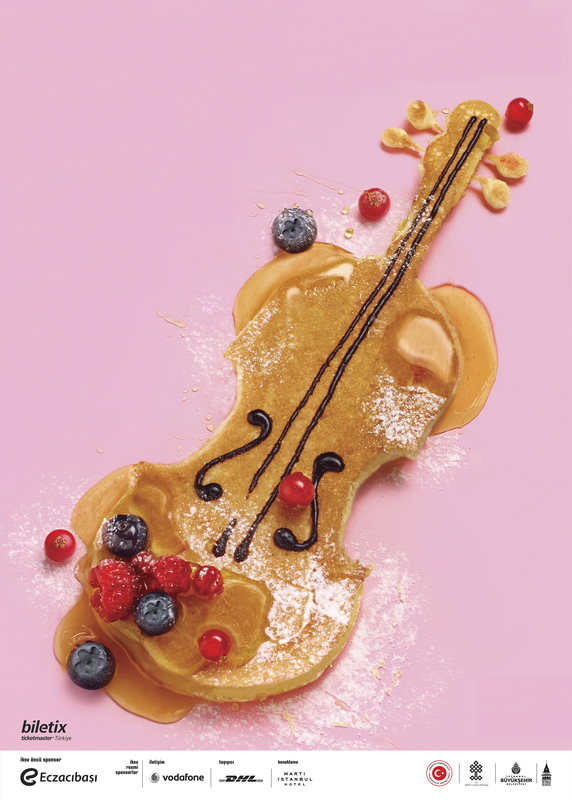 by Anadolu Agency Feb 05, 2016 12:00 am
The William Shakespeare-themed Istanbul Music Festival will host 26 concerts in June. Including symphony and chamber orchestras and recitals, the festival runs from June 1-24 and will see around 600 international and local musicians perform at 17 venues across Turkey's largest city.

Bülent Eczacıbaşı, chairman of the event's sponsor, the Istanbul Foundation for Culture and Arts (İKSV), said this year's festival would celebrate the 400th anniversary of Shakespeare's death. A production of "A Midsummer Night's Dream" will see Turkish soprano Ayşe Şenoğul collaborate with the Orchestra of the Swan, based in Shakespeare's hometown of Stratford upon Avon, on June 3.

Another concert inspired by the Shakespeare theme will be Russian pianist Alexei Volodin's performance on June 10 in St. Anthony's Church. The festival will present two world premieres during its 25-day run. On June 11, composer Michael Ellison's "The Sea-Crossed Fishermen," based on Yasar Kemal's 1978 novel of the same name, will be staged at the Süreyya Opera House. Four nights later, Özkan Manav's "Ludus Modalis" requiem will be performed at St. Anthony's Church. Both were commissioned specially for the festival. Eczacıbaşı said this year's festival would also feature a special project for children - a musical fairy tale titled "The Witch and the Maestro." A new series of concerts under the Music Route banner will this year "take festival followers on an excursion full of music and history across five churches in Beyoğlu," İKSV said in a statement. Idil Biret, Murray Perahia, Gautier Capucon, Angel Blue, Gerard Causse, Herbert Schuch, Patricia Petibon, Alice Sara Ott, Maria Joao Pires, Antonio Meneses, Maxim Vengerov, Richard Galliano and Sylvain Luc are among this year's highlights.

The Vienna Symphony Orchestra, Venice Baroque Orchestra, Orchestra of the Swan, Artemis Quartet, Academy of St. Martin in the Fields and Warsaw Philharmonic Orchestra are also taking part. Free, open-air events will be held in the Garden of Austrian Cultural Forum, Fenerbahçe Park and the Garden of Sakıp Sabancı Museum.
RELATED TOPICS