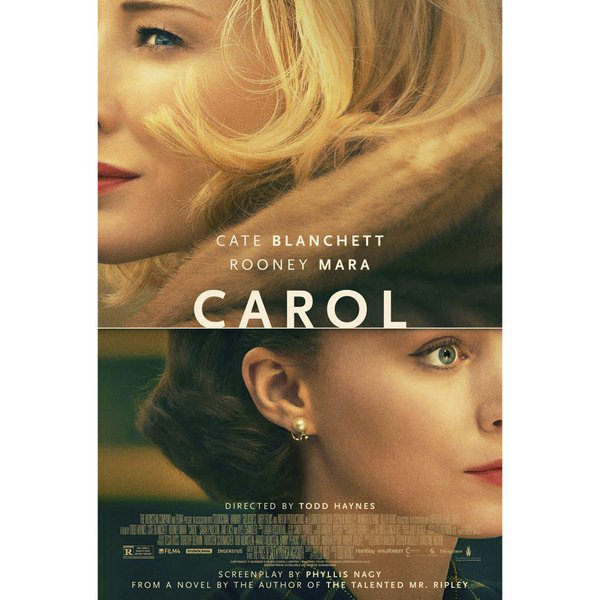 Directed by Todd Haynes, Carol stars Cate Blanchett, Rooney Mara, Kyle Chandler and Sarah Paulson. Adapted from Patricia Highsmith's novel "The Price of Salt," Carol follows the intimate relationship between two women with very different backgrounds in 1950s New York. Cate Blanchett and Rooney Mara both have Oscar nominations for best performance by an actress in a leading role and in a supporting role, respectively. Rooney Mara also received the "Best Actress Award" at the Cannes Film Festival. While the music score is composed by Carter Burwell, the cinematography by Ed Lachman also deserves attention.

When a group of gangsters led by a crime lord try to take over the city, Master Ip has no option but to take a stand. Directed by Wilson Yip Wai Shun and Yuen Wo Ping, the third installment of the Ip Man Saga stars Donnie Yen, Lynn Xiong, Max Zhang, and Mike Tyson as the crime lord Frank.

Starring Fırat Tanış, Gürkan Uygun, Gökhan Yıkılkan and Tuna Orhan, Snake Eyes is directed by Ali Yorgancıoğlu. It depicts the funny adventures of three separate individuals whose paths cross in some way in pursuit of a package.

TEMEL AND DURSUN IN ISTANBUL

Another domestic comedy production of the week, Temel and Dursun in Istanbul stars Wilma Elles, Alay Cihan, Hülya Polat, Tahsin Taşkın and Metin Yıldırım, and is also directed by İhsan Taş. The movie tells the tragicomic adventures of Temel who comes to Istanbul from the Black Sea region after believing Dursun's lies.