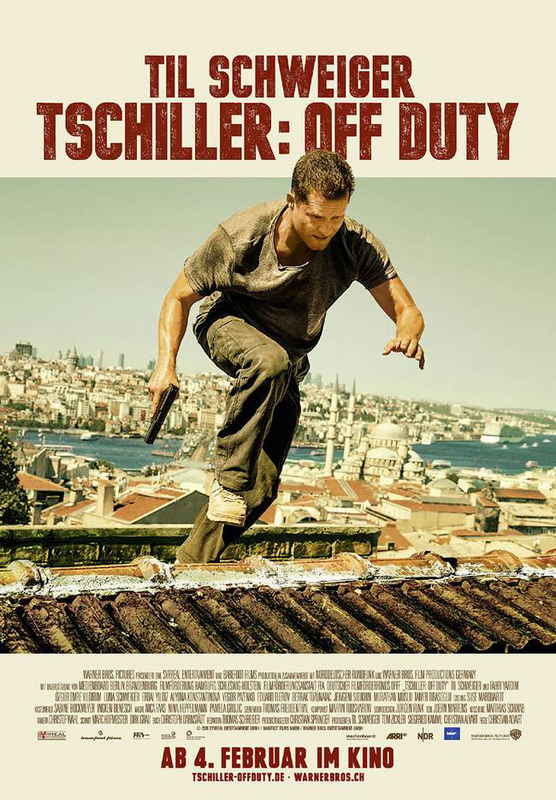 by Daily Sabah Feb 06, 2016 12:00 am
With important scenes being shot in Istanbul last year, the film "Tschiller: Off Duty" debuted in Berlin theaters on Thursday. The film stars Turkish actors Emre Yıldırım and Berrak Tüzünataç. Turkish actors who live in Germany, like Erdal Yıldız and Fahri Yardım, also took part in the film. Known for his role in channel ATV's TV series "Karadayı," Özgür Erdal Yıldız portrayed one of the film's major characters, Süleyman Şeker.

The film was directed by Christian Alvart. The producer and actor who portrayed one of the major characters of the film, Til Schweiger, talked about Istanbul, a city that he is closely familiar with. Stating that it was his idea for part of the film to be shot in Istanbul, Schweiger said, "[Istanbul is] a completely different world and an amazing backstage."

Highlighting that there are some very impressive actors in Turkey, Schweiger said the fascinating places in Istanbul was one of the reasons they decided to film in the city. Discussing how he only knew Istanbul from pictures and the stories being told, Schweiger said: "I have many friends, both Turkish and German, who know Istanbul and talk about the energy of the city. When I first visited Istanbul for the premiere of the movie "8 Seconds," I asked myself, "Why do people love this city so much? I've been in the taxi for three hours and I still haven't reached my hotel. Since the premiere was the day after, I didn't have a chance to see the city very well. But we were still able to look at a couple filming locations for the movie."

Adding that he was very pleased with his trip to Istanbul and that he was very upset about leaving, Schweiger said: "We filmed for exactly two-and-a-half weeks, and our memories about leaving were very emotional, especially with the Turkish team. Before returning to Germany, we had a free day and I took advantage of this and rented a yacht. I invited the Turkish and German actors on my cruise. The weather was wonderful, and we spent a very nice day on the Bosporus. I liked the Turkish team the most, especially the producers who were organizing everything and the executive producers. Their work ethic impressed me very much. When it comes to Germans in business, they are very organized and they have to be. If we were to compare, it would take a very long time to film a movie in the United States; Turks are very quick on this issue. When we looked at filming locations in Istanbul, of course I really liked them too. The mixture of modern and eastern Turkey, the eternity of the city and the city's energy especially impressed me. I immediately fell in love with Turkish cuisine. I was only familiar with 'döner' until this visit to Istanbul. After visiting Istanbul, I became a fan of Turkish cuisine as well. There is a Turkish restaurant in Berlin that I often visit. I even celebrated my birthday there."
RELATED TOPICS