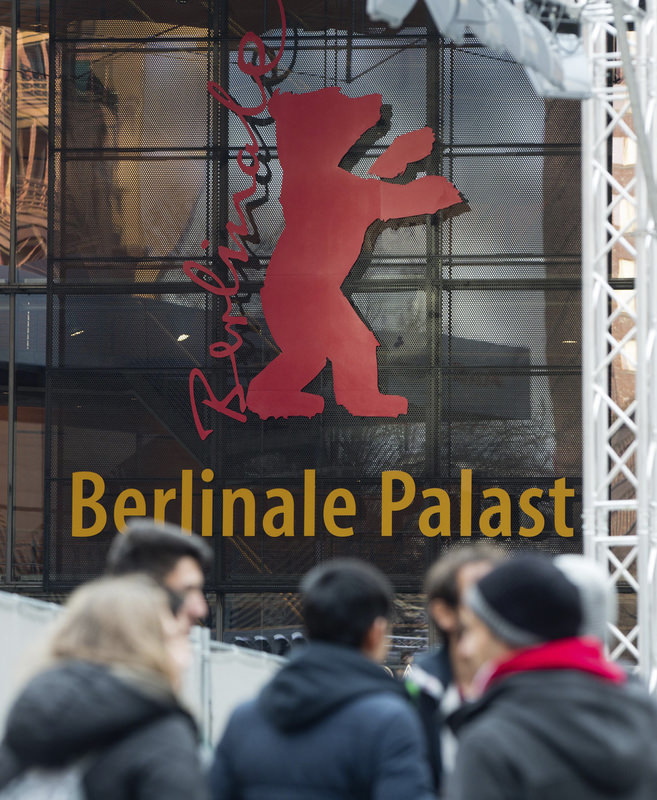 by Feb 17, 2016 12:00 am
The Berlin film festival has gone out of its way this year to make refugees feel welcome by giving them free tickets to screenings, but for Syrian refugee Marwa Anjwka and others who have taken up the offer, it can all be a bit of a culture shock. Anjwka, 38, who had worked as a teacher in Aleppo until she had to flee the fighting there three months ago, making her way to Germany via Turkey and the Balkans, said she had enjoyed Israeli director Udi Aloni's "Junction 48", about a Palestinian rap star.

She and about a dozen other Syrians and Iraqis who stay in a cavernous shelter in east Berlin saw the film on Saturday. "It's not only a movie and a story, it's what's happening in real life," she said, adding: "I like that it is an Israeli director, working with Palestinians."

But Abdullah Saleh, 24, a refugee from Damascus accompanying the group, said he'd noticed that Anjwka and another woman sitting beside her, both wearing headscarves, had looked uncomfortable when the characters in the film swore in Arabic. "In our culture it's not good to say those words in front of women," Saleh said. He had also noticed that when the two lead characters were kissing, Anjwka "was playing with her phone".

The film festival that began in 1951 when Germany–and Europe–were recovering from a war that had uprooted millions of people is making an extra effort to welcome the latest wave of refugees who have fled war in Syria, Iraq and elsewhere. Refugees are being taken behind the scenes of the festival, some accompanied by NGO workers who are helping them to adjust to life in Germany. There is also a refugee-staffed food truck serving up Mediterranean fare with the aid of a celebrity chef.

If Anjwka and the other refugees from the shelter had not gone to the cinema, they would have had little else to do, said Mira Sophie Walter, a volunteer. "I think it's important to get the people out," Walter said. "They live in a hall, they don't have a room or anything, or privacy. We're trying to get them to have a bit of fun." But what some find diverting may bother or anger others. This was the case for some refugees who attended a screening of the Tunisian film "Inhebbek Hedi" (Hedi), about a young car salesman who, on the eve of his wedding, falls in love with a tourist guide at a seaside resort–with mildly steamy sex scenes ensuing. Khairallah Swaid, 25, a Syrian refugee who arrived in Germany in July, said he knew in advance the film contained explicit scenes. But he came out disappointed at the way the film had portrayed Arab society with Hedi's fling with the guide apparently tolerated by his family, though they do not approve. "This is not the truth. There is no such thing in the Arab world. It reflects a negative image of Arab traditions and customs," Swaid said. "I will integrate in society and will be part of your culture but I want to preserve my Muslim culture."