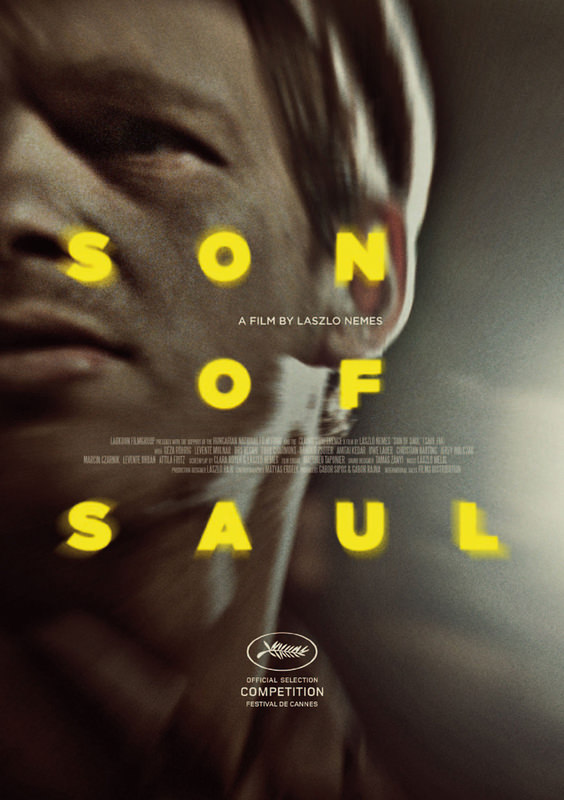 "Son of Saul," which is one of the most talked about films of the year, follows the trauma of Hungarian prisoner Saul Auslander whose job is to strip and lead his Jewish kin to the gas chambers, burn the corpses in the crematoria and clean the gas chambers under the command of the Nazis. The film recounts two days in the life of Saul working in one of the Auschwitz Crematoriums. He finds a dead body of a boy whom he takes for his own son and tries to carry out his impossible deed: Salvage the body and find a rabbi to bury it. The film, which won the Jury Grand Prize at the Cannes Film Festival, imprisons the audience in gas chambers and mass graves. Directed by Laszlo Nemes, the shocking film stars Geza Röhrig, Levente Molnar, Urs Rechn and Todd Charmont.

Staring Turkish comedian Şahan Gökbakar along with Mehmet Selim Akgül, Liberat Niyoyankana and Feriştah Senem Yıldırım, the Turkish comedy "Osman Pazarlama" is directed by Togan Gökbakar. The new film of Gökbakar, who made a name for himself with his character "Recep İvedik," recounts the funny story of an entrepreneur who tries to earn money and be successful in order to marry the girl of his dreams.

Directed by Lenny Abrahamson, "Room" is one of the most-anticipated films of this season. Starring Brie Larson, Jacob Tremblay, Joan Allen and Sean Bridgers, the film brought a Golden Globe for "Best Performance by an Actress in a Motion Picture, Drama" to the leading actress Larson and is nominated for four Academy Awards. "Room" tells the extraordinary story of Jack, a 5-year-old, who is looked after by his loving and devoted mother. Like any good mother, Ma dedicates herself to keeping Jack happy and safe, nurturing him with warmth and love, and doing typical things like playing games and telling stories. Their life, however, is anything but typical: They are trapped, confined to a windowless room. Ma has created a whole universe for Jack within the room, and she will stop at nothing to ensure that, even in this treacherous environment, Jack is able to live a complete and fulfilling life. But as Jack's curiosity about their situation grows and Ma's resilience reaches its breaking point, they enact a risky plan to escape, ultimately bringing them face-to-face with what may turn out to be the scariest thing yet: The real world.

Boonie Bears, to the Rescue!

Directed by Ding Liang and Fuyuan Liu, the animated film is dubbed by Rick Jay Glen, Siobhan Lumsden, Paul Maxx Rinehart and Toni Thompson. The film tells the story of Boonie Bears and their friends who set off on an adventurous journey to save their friend, Lola.
Last Update: Feb 20, 2016 1:00 am
RELATED TOPICS