An entire universe fits in the 'Room' 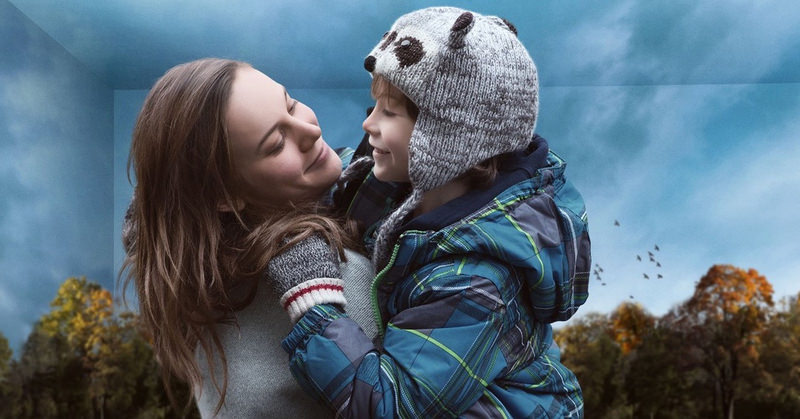 by Miraç Tapan Feb 22, 2016 12:00 am
A woman whispers "go back to sleep" to the long-haired little boy in a room with worn-out walls, a skylight and a sink. The words escaping the mother's mouth are both to ease the child as well as to keep him out of danger. Starting from the opening scene, "Room" gives the audience a feeling of being trapped and being in danger.

Adapted from Emma Donoghue's namesake novel, "Room" is one of the favorites of this year's Academy Awards, which will take place on Feb. 28. "Room" has been nominated for four Academy Awards and shines not only with its script but also with the outstanding performances of Brie Larson (Ma) and the child actor Jacob Tremblay (Jack). The film is set in a small room featuring a heavily secured door and objects that can only serve basic human needs. A young woman who was kidnapped and has been held captive for years lives in this small room with her son, Jack. They spend the day watching TV, doing dishes and taking a bath. The only human contact they have is when the man who has been imprisoning them comes with supplies and rapes Ma while Jack hides in the closet. Born in this tiny room, the only world Jack has ever known exists in the room. To protect him from the pain of reality, Jack's mother creates an utopia where real life only exists in the room and the things that they see on TV are just fiction, not real people and events. Jack calls the place they live the "room," which magically defines his universe and the whole world. However, as Jack reaches his fifth birthday, his mother realizes that they cannot stay in the room any longer. She tries to tell her son the truth that he was born as a result of their captor's rape of Ma and tries to prepare him for the real world as she knows by telling him he is the only one who can get out of the room.

Director Lenny Abrahamson cleverly manages to find the balance between the book and the script of the film in which she worked with the author of the book. The film stars the narratives of Jack, which blurs the line between what is real and fiction, as the things the audience sees contrast with the narrative of the 5-year-old boy. In the first half of the film, the director portrays the misery of a young mother through the naive narrations of a small child. Larson's performance as an undernourished, imprisoned young woman who can barely get out of the bed for her son is outstanding. Winner of a Golden Globe for the "Best Performance by an Actress in a Motion Picture, Drama," Larson perfectly portrays a mother torn by whether to tell the truth to her son about their nauseous and unbearable life or keep telling him fantasies, losing all hope of ever getting out. On the other hand, 10-year-old Tremblay is exceptionally good giving the audience the naivety of a small child who perceives life and the world according to the tales of others. Jack seems no more subject to sadness and fear than other children on the outside. With a child's ability to accept

everything, Jack is content with the room as his total world. He accepts this as we accept our world, and Tremblay is very good at imparting this idea to the audience through his acting despite his young age. Although the subject of "Room" is very disturbing - giving the fact that the novel as well as the script was inspired by a few similar cases of captivity, the film allows the audience into the "room," and creates emotional attachment without making the audience feel sick to their stomach. "Room" is currently in theaters across Turkey.
Last Update: Feb 22, 2016 3:53 pm
RELATED TOPICS