Plunging into hell of Auschwitz, 'Son of Saul' confounds 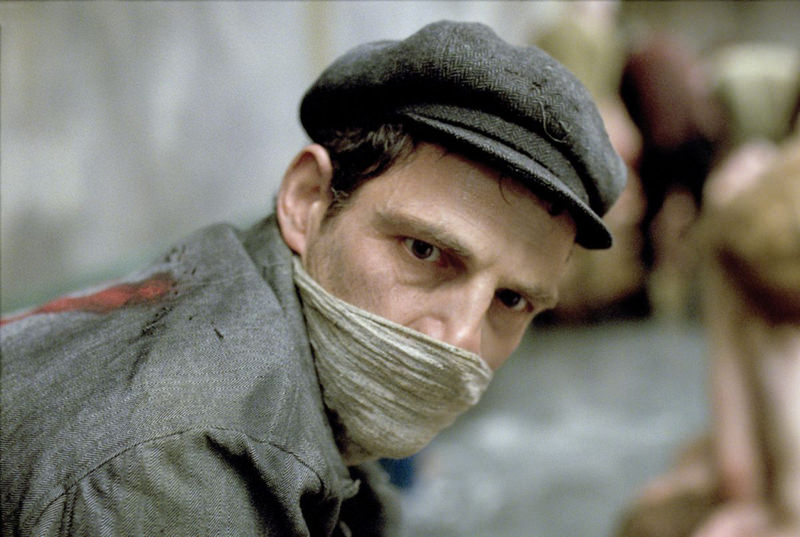 by Associated Press Feb 23, 2016 12:00 am
The power and horror of "Son of Saul," a visceral plunge into the life of a Sonderkommando at Auschwitz-Birkenau, has left audiences staggering since it first debuted at the Cannes Film Festival last May.

It won the Grand Prix there, earned the praise of "Shoah" director Claude Landzmann and announced its maker and co-writer, the 38-year-old Hungarian-born Laszlo Nemes, as an uncommonly assured first-time feature filmmaker. Now, Nemes' work is a top contender for best foreign language film at Sunday's Academy Awards.

The film follows a Sonderkommando (a Jewish prisoner forced to work at the camp), played by Geza Rohrig, who believes he sees his son among the exterminated and seeks to smuggle the body in order to give him a religious burial.

"By making a portrait of a man in the midst of hell, we give the measure of humanity," says Nemes. "To see whether there can be humanity beyond inhumanity. There's nothing left. Can there still be an inner God?"

Not for the faint of heart, "Son of Saul" is a deliberate rejection of less severe Holocaust films. It's a harrowing depiction of concentration camps' machinery in action.

"I'm interested in evil," Nemes said in an interview earlier this fall. "A sort of evil that cannot be understood at a glance or represented. Exactly the contrary of our representation of evil in a modern world, especially in cinema."

Shot on 35mm film, "Son of Saul" stitches together lengthy tracking shots that stay close to Rohrig's Saul. Much of the camp's surrounding activity is blurry in the background, a second layer of action that required its own director. The film never depicts the gas chamber, but sits right outside the door.

Nemes, who has ancestors who were killed at Auschwitz, wanted to make a film that reminded viewers of the reality of the Holocaust. While the film has been met by widespread acclaim, it has also drawn skepticism in some quarters for its blend of historical atrocity and a technically cunning filmmaking that, in staying with Saul over a day and a half, bares no context of the Holocaust.

"Is that the place for a thriller? Was there suspense inside Auschwitz?" asked Film Comment in a critical review. New York Times film critic Manohla Dargis called it "a radically dehistoricized, intellectually repellent movie."

Nemes confidently brushes aside any such criticisms. "She must feel alone," he says of Dargis, alluding to broader positive reaction.

"The only thing I know is that by making this film, I tried to give the dignity back to the dead and the dying," says Nemes. "I don't think I ever lost from my aim the fact that I was speaking about the destruction of the European Jews. It's in my blood. I will leave a trace for my family that were scattered into the Polish rivers."

It took Nemes six years to make "Son of Saul," which began to form for him when he read vivid personal testimonies of Sonderkommandos from Auschwitz. "I always wondered what it would be to go from the train to the gas chamber," he says, "what this dusty road looks like when you're there."

Nemes, who moved to France with his mother at age 12, worked up to "Son of Saul" with a two-year apprenticeship with the existential Hungarian filmmaker Bela Tarr. After failing to find financing in France and Israel, Nemes made the film with a minuscule budget of about $1.5 million, with support from the Hungarian National Film Fund and the Conference on Jewish Material Claims Against Germany.

"I didn't want to give the impression that it's a first feature," says Nemes, who's now working on a pre-World War I thriller set in 1910 Budapest that he says is partly about "the death of civilization." "I'm not that young. It's not a 25 year old who makes this film." Saul's desperate mission may be delusional. Other prisoners doubt whether he could even recognize his son, years after last seeing him. But his struggle, impossible and doomed, is mad resistance to the madness all around him. "The experience of the camp is very remote to this generation," Nemes says. "If this world is not aware of the temptation to destroy itself on an industrial level, it cannot have a future. It's about what's inside the human civilization."
RELATED TOPICS