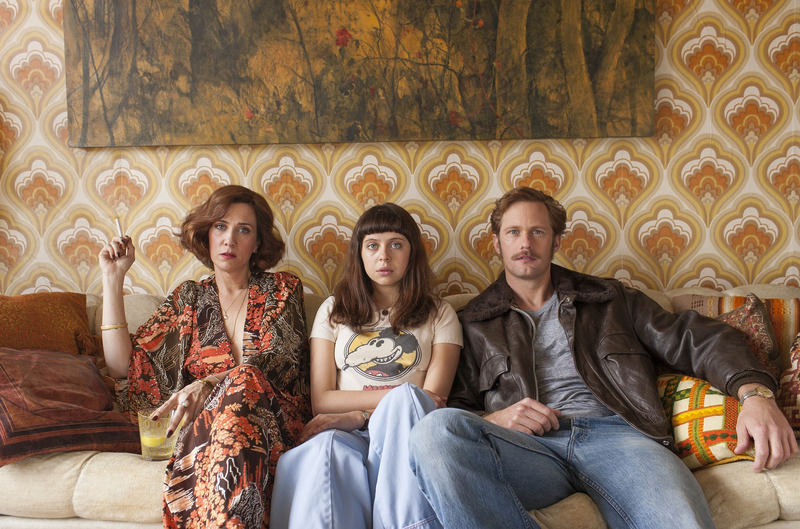 The 15th !f Istanbul Independent Film Festival continues in Ankara and İzmir. The festival will be at Ankara's Cinemaximum Armada and İzmir's Cinemaximum Konak Pier theaters from today to March 6, bringing the year's most talked-about and award-winning films, including "Love 3D," "Tongue Twister," "Kedi" and "Innocence of Memories," to audiences.

Films that sold out in Istanbul on their first day are the highlights in the Ankara and İzmir programs. Among these are Gaspar Noe's latest film and Cannes favorite "Love 3D;" Ceyda Torun's much-awaited documentary "Kedi" (Cat) on Istanbul's cats; Grant Gee's "Innocence of Memories" based on Orhan Pamuk's "Museum of Innocence;" "The Diary of a Teenage Girl," which was awarded with Best Cinematography at Sundance, Best Film in Berlin's Generation section and won Bel Powley Best Actress at the Gotham Awards, and Jean-Marc Vallee's latest film "Demolition" starring Jake Gyllenhaal and Naomi Watts.

From Iranian cinema to Yakuza vampires

The Ankara and İzmir programs will also host the year's most eagerly-awaited independent films, celebrated at major festivals from Toronto to Venice, Cannes and Sundance.

The films include director Patricia Rozema's post-apocalyptic tale "Into the Forest" about two sisters left isolated with no electricity, starring Ellen Page and Evan Rachel Wood; "The End of the Tour," which tells the story of the 1996 "Infinite Jest" book tour by author David Foster Wallace, who committed suicide in 2008; Icelandic director Runar Runarsson's powerful coming-of-age story "Sparrows," selected as Best Film at the San Sebastian, Warsaw and Zagreb Film Festivals, featuring enchanting music by Kjartan Sveinsson from Sigur Ros alongside fascinating Icelandic landscapes; "Blue Ruin" director Jeremy Saulnier's extraordinary and creative horror film "Green Room" about the night from hell of a rock group targeted by Neo-Nazis; "Just Jim," the impressive directorial debut by Craig Roberts, known for his role in Richard Ayoade's cult film "Submarine;" prolific director Takashi Miike's action- and horror-packed Yakuza vampire film "Yakuza Apocalypse;" Miguel Llanso's vision of a post-apocalyptic world filled with pop-culture icons; Ethiopia's first science fiction film, "Crumbs;" Iranian director Sina Ataeian Dena's "Paradise," the first film in what will be a trilogy on violence and a sincere, realist and documentary-like depiction of the difficulty of being a woman in Iran told through the eyes of Hanieh, a 25-year-old teacher in Tehran; and "Bağlar," co-directed by Melis Birder and Berke Baş, which focuses on the struggle of a young male basketball team emerging from Diyarbakır's poor and middle-class families who try to keep ambition and hope alive despite all obstacles.