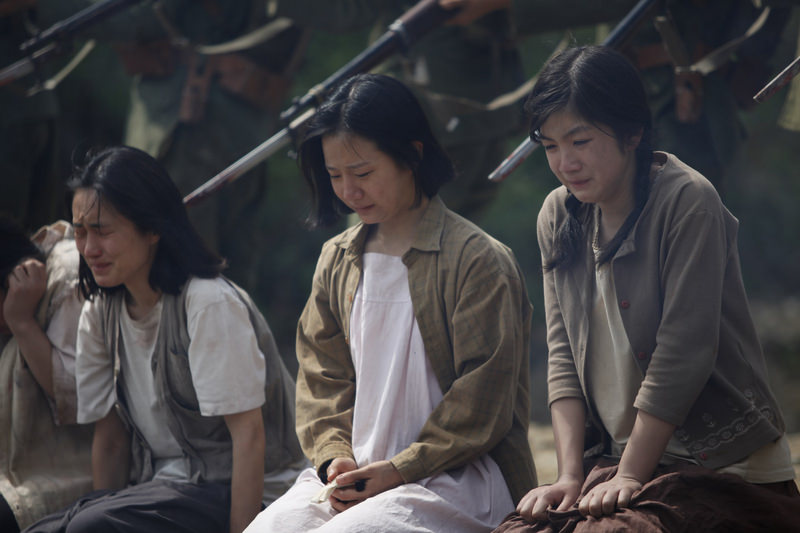 by Mar 04, 2016 12:00 am
A film based on the horrors experienced by "comfort women" in Japanese military brothels during World War Two, whose doubtful commercial appeal meant it took 14 years and the contributions of 75,000 individual donors to complete, is top of the box office in South Korea.

Cho Jung-rae, who directed "Spirits' Homecoming", was inspired in 2002 to make the film when he saw the drawing "Burning Women", made during a therapy session at a shelter for elderly former comfort women by Kang Il-chul, who said she was taken away by Japanese soldiers when she was 16. At the time, Cho was a volunteer at the shelter, the House of Sharing.

"The grandmothers told me that if I was going to make a movie, I should make it well so that their stories could be told. That was the biggest motivation for me," Cho said in an interview with Reuters.

The term comfort women is a euphemism for girls and women forced to work in wartime Japanese military brothels. South Korean activists estimate that there may have been as many as 200,000 Korean victims. Of 238 South Korean comfort women who shared their stories, only 44 are still alive. In the first week of its Feb. 24 release, "Spirits' Homecoming" topped sales at the CJ CGV and Megabox chains, and drew a total of 1,735,174 domestic viewers, the Korean Film Council said. The release follows the landmark December accord between South Korea and Japan to "finally and irreversibly resolve" the matter with a Japanese apology to the women and a new fund of about 1 billion yen ($8.75 million) to help the victims. The issue had long plagued relations between the two countries. Many South Koreans, including some of the victims, oppose the accord, saying the government had no right to accept an apology on their behalf.

The film has received a mostly positive response in South Korea, with an average 9.52 out of 10 viewer rating on the Naver portal. There have also been preview screenings in Japan and the United States.

"I was worried that the Japanese who came with (Korean) friends would leave in the middle of the movie, but surprisingly, they said they hoped many people watch the movie, and that they would let others know of the movie when it screens," Cho said. While Cho came up with the idea for the movie 14 years ago, a lack of investors meant filming could not begin until April 2015. More than half of production costs were funded by 75,270 individuals making contributions totalling nearly 1.2 billion won ($978,880), according to the movie's website. Closing credits list the names of donors, along with drawings by comfort women done during therapy sessions. "I hope that this movie spreads like wild grass, so that everyone around the world can watch this film, and that it can become a beacon of peace so that there is no more war and no more suffering for women and children," Cho said. ($1 = 1,226 won)