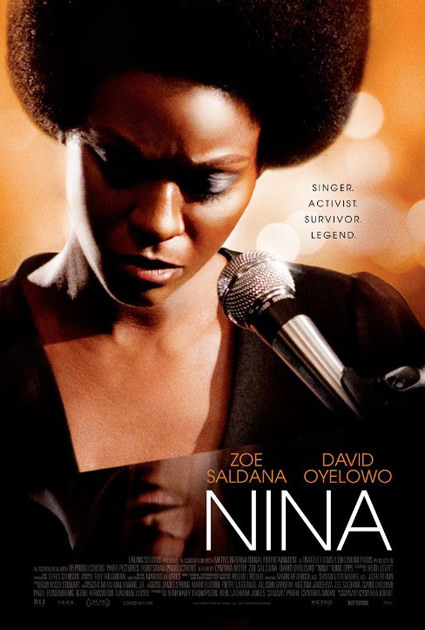 by Mar 05, 2016 12:00 am
The studio behind a film about African-American soul and jazz musician Nina Simone on Thursday defended the casting of Zoe Saldana in the lead role after the actress came under fire for not being "black" enough.

RLJ Entertainment founder and Chairman Robert L. Johnson said Saldana, who is of Puerto Rican and Dominican ethnicity, should not be judged on her color, but on her performance as Simone in "Nina."

"The most important thing is that creativity or quality of performance should never be judged on the basis of color, or ethnicity, or physical likeness," Johnson, also the founder of Black Entertainment Television (BET), said in a statement.

"Quality entertainment should be measured by the sheer force of creativity and the commitment that an actor or actress brings to the performance." Johnson's statement followed the trailer release for the film this week that spurred criticism over Saldana's dark skin makeup and for wearing a prosthetic nose to portray Simone. The controversy comes amid a larger spotlight on Hollywood's diversity issues. Numerous fans of Simone took to social media to suggest other African-American actresses who could have played the role instead of Saldana.

Civil rights played a crucial role in Simone's life and lyrics, with the singer often drawing on struggles faced by the African-American community in songs such as "Four Women," "Mississippi Goddam" and "To Be Young, Gifted and Black."Saldana, best known for sci-fi adventure "Avatar," posted a quote by Simone on Twitter this week, saying "I'll tell you what freedom is to me- No Fear... I mean really, no fear."

The tweet prompted a sharp response from the official Nina Simone Twitter account run by the late singer's estate, which told the actress "Cool story but please take Nina's name out your mouth. For the rest of your life."

A follow-up tweet from Simone's Twitter account said "Hopefully people begin to understand this is painful. Gut-wrenching, heartbreaking, nauseating, soul-crushing. It shall pass, but for now..." "Nina" will be released in theaters and on video-on-demand platforms on April 22. A Netflix documentary about Simone's life, "What Happened, Miss Simone?" was nominated for an Oscar this year but lost out to "Amy," about late singer Amy Winehouse. Simone died at age 70 in 2003.