Short Film Fest to bring colors of life to Istanbul

The 12th Akbank Short Film Festival, one of the most widely acclaimed annual film festivals in Turkey, starts in Istanbul today. The festival will screen various short films from Turkey and around the world

Establishing a creative platform for short films in Turkey, the Akbank Short Film Festival is being held for the twelfth time in Istanbul. The festival, which starts today and runs until March 17, reviewed the applications of 822 short films from 44 countries worldwide and, as a result, festival organizers decided to expand the international screening category with the "Perspective" section of the festival. Throughout the festival, 104 short film productions from 28 different countries will be screened at the headquarters of Akbank Sanat in Taksim, and the screening will be free of charge.

The 12th edition of the Akbank Short Films Festival will focus on Jafer Panahli, Golden Bear Award-winner, and his films in the "Experiences" section. His award-winning film "Taxi Tehran" will be screened at the festival on March 11 at 6:30 p.m. Before the screening, Jafer Panahi's daughter, Solmaz Panahi, and the film's editor, Mastaneh Mohajer'in, will discuss Jafer Panahi's films in a panel to be moderated by Müge Tüfenk. Born on July 11, 1960, in Mianeh, Iran, Jafar Panahi is one of the most important directors, producers and writers of Iranian "new wave" cinema. He won the Golden Bear award in 2015 for "Taxi Tehran" at the Berlinale and the Golden Lion award for "Circle" in 2000 at the Venice Film Festival. Panahi has produced 15 films throughout his career, including six short films, seven features and two documentaries. The guests of the "Experiences" section include Elma Tataragic, the curator of the Sarajevo Film Festival, Carter Pilcher, the founder of ShortsTV International, and Hungarian directors Dávid Géczy and Gábor Hörcher.

The focus of the "Special Screening" section of this year's Akbank Short Film Festival is Hungarian short films. In this section, which is organized in collaboration with the Hungarian Culture Center and the Busho International Film Festival, a total of four award-winning short films will be screened. Márton Vécsei's "Fa" (Tree), Gábor Hörcher's "Ricsi," Dávid Géczy's "Gyöztes" (The Winner) and directors Zsuzsanna Kreif and Borbála Zétény's "Limbo Limbo Travel" will be screened for movie buffs.

In addition to the screenings, the film festival will also host various panel sessions and workshops for visitors free of charge. Tomorrow, İbrahim Altınsay will host a workshop titled, "Video on Demand," to discuss the effect of the Internet on film distribution and copyright laws. Semra Güzel Korver will offer a workshop titled "Documentary" on March 9, while Mastaneh Mohajer will share his experiences at the "Editing" workshop on March 10. Murathan Özbek's "Visual Expression" workshop will take place on March 11, and Ferhat Öçmen will discuss "Director of Photography's Contribution to Film" on March 12. Dr. Güven Çatak, Sami Hamid and the VR First team will organize a workshop titled, "Virtual Reality: A New Form of Narrative" on March 12 at Bahçeşehir University.

The winner of the Golden Orange Award at the International Antalya Film Festival, Turkish director Tolga Karaçelik, will hold a panel session to talk about his journey as a director from short film to feature films today at 6:30 p.m. Karaçelik, who was a regular of the short film festival with his previous films, won many awards with his debut feature film "Sarmaşık" (Ivy). The director's first short film, "Spoon Man," and his other films are also featured in the festival program.

Co-written and directed by Emre Sert and Gözde Yetişkin, "Rodi" is about a young hitchhiker named İsmail who is responsible for setting up the stage for a rock band. Ismail, who wants to be a famous musician, tries to give his demo CD to Barkın, the band's vocalist, on a concert day. However, İsmail messes up because of his false behaviors. The short film is 18 minutes long. 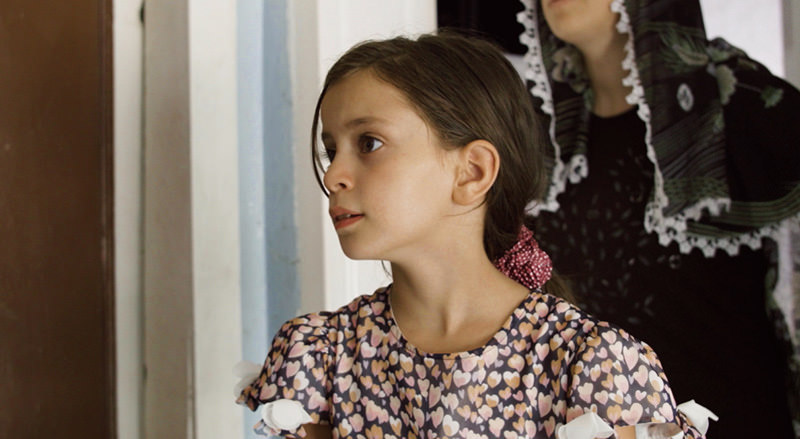 One day, a small girl sets out to buy a present for her guests. She returns home, unable to buy the present she wanted. The girl goes to the corner to wait for her guests; however, suddenly, everything changes and she is now grown up. Written and directed by Muhammed Seyyid Yıldız, the film is nine minutes long.

Director Onur Saylak's short film, only 13 minutes in duration, draws the audience's attention to the tragedies of Syrian refugees in mega cities like Istanbul. In the heart of Istanbul, the forest of nothingness and a megacity, struggle for their lives after fleeing the war in Syria. Omar starts living like a beggar. The only source of income he finds is catching stray animals and selling them to Fahri, a pet shop owner. One day, Fahri comes to Omar and wants him to catch snakes in the forest in the outskirts of the city.

A total of 376 films from all over the world were submitted for the "International Competition" of the festival this year. After the vetting, 14 films were placed in the "World Shorts" section. The films are shown with both English and Turkish subtitles. Here are some of the outstanding productions from World Shorts section:

Director David Jansen's experimental short film "Daewit" is an animated film that uses the traditional technique of wood cutting. The 15-minute-long, black-and-white film tells the story of an abandoned child who grows up with wolfs after his mother rescued him from his violent father. After an enigmatic journey full of hardships on a quest for identity, he finds his peace in forgiveness.

The Canadian short film "La Voce" recounts the story of Edgar who works in a pig slaughterhouse. The 22-minutes film will be screened as part of the festival's "World Shorts" section, and it will compete in the "International Competition" of the festival.

The Canadian short film "La Voce," which is directed by David Uloth, recounts the story of Edgar who works in a pig slaughterhouse. He loves opera and he loves Ginette, the stripper of his dreams. Edgar is about to ask her to marry him when he catches her cheating on him with another man. In shock, he loses his voice and unfortunately finds himself with the voice of a pig. The black and white film is 22 minutes long.

The Portuguese production is written and directed by Susana Nobre. In the film, a train passes through the town of Alhandra between the hills and a river. Oscar, who has spent 25 of his 48 years working at the same factory, anticipates hearing the court's verdict on his employer's insolvency claim. A total of 61 successful short films from all over the world will be screened in the "Perspective" section, which is being presented for the first time.

The short film "Circle" depicts a young woman in despair who, after experiencing a tragic loss, escapes into the seemingly perfect past. She loses herself in vivid memories and starts to neglect her real life. A constant inner struggle emerges between past and present, distorting her perception of reality. Directed by Alexander Heringer, the German production film is 11 minutes long. 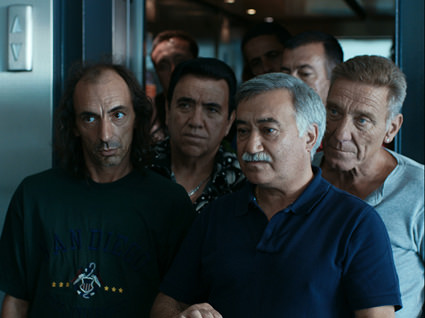 Director Luiza Cocora's "Les Vies Qui Nous Restent" focuses on a 10-year-old Romanian girl named Sofia. Having recently moved to Quebec, Sofia lives with her mother in a small apartment in Montreal. In a world where technology imposes social isolation, Sofia is trying to find her place in the city's social environment. The Canadian production film is 17 minutes long.

While on her way through the woods one night, a woman hits something with her car. Besides a silver ring, nothing is found at the site of the accident. The lights of a different car can be seen in the distance. Driven by fear and chased by unknown danger, the woman relives that night again and again in a recurring nightmare. The nine-minute-long thriller is written and directed by Johannes Bachmann.
RELATED TOPICS