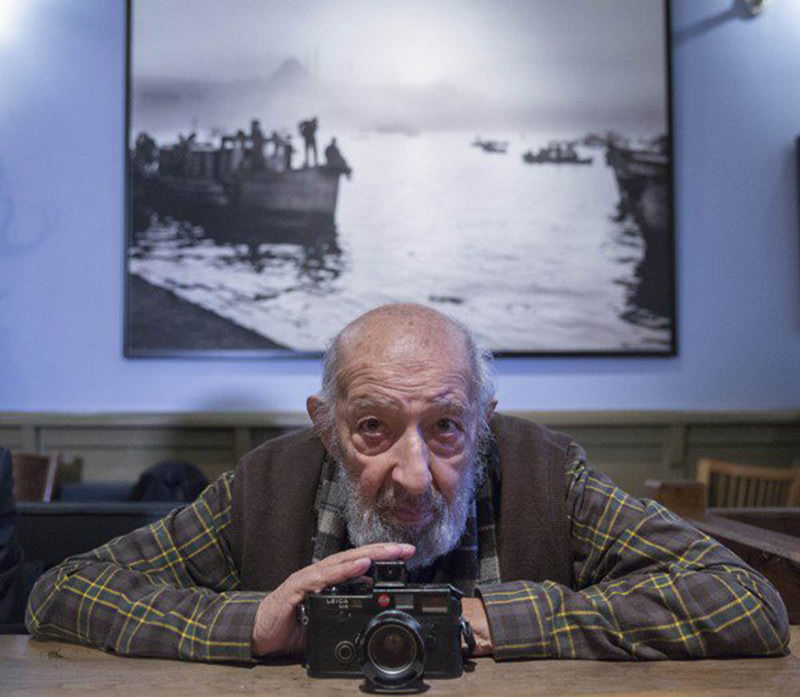 A film about the life and photographs of a legendary Turkish photographer has won top honors at the Washington, D.C. Independent Film Festival.

'The Eye of Istanbul', directed by Binnur Karaevli and Fatih Kaymak, tells the story of 87-year-old Armenian-Turkish photographer Ara Güler and his preparation process for his famous retrospective exhibition in Istanbul that captures images of Istanbul from 1950 through 2005.

From the documentary category, the film won the "best of the best" amongst all categories against more than 80 movies, feature length presentations, animation and shorts at the awards Sunday night. "Actually there were very good movies competing at the festival.

Winning 'the best of the best' is a surprise for us. I'm so happy," producer Ümran Safter told Anadolu Agency.

The movie was completed in November and made its world premier at the festival.

Safter said she has now set her sights on her next project, possibly of a movie that tells of how all world religions and races live together in peace, adding that Güler was a perfect example of such a story due to his Turkish-Armenian identity.

The octogenarian Güler could not attend Sunday's premier because of his advanced age but Safter, along with the film's writer and associate producer, Ahsen Diner and project consultant Nezih Tavlas, attended the ceremony.

Although Güler is mostly recognized for his black and white photographs of Istanbul, he is also renowned internationally for a career that spans more than 60 years and has shot more than 1 million photographs.

From poor workers in Istanbul to the goat herders of Anatolia to the Israeli-Palestinian conflict, Güler has captured the essence of the second half of the 20th century, according to the film's website.

Güler describes himself not as a photographer but a historian who has captured the lives of people and major historical events since the 1950s.

The Eye of Istanbul will be screened in Greece at the Thessaloniki Documentary Film Festival later this week and at the South East European Film Festival in May in Los Angeles.

The film was co-sponsored by the Turkish Embassy in Washington and the American Turkish Association of DC.