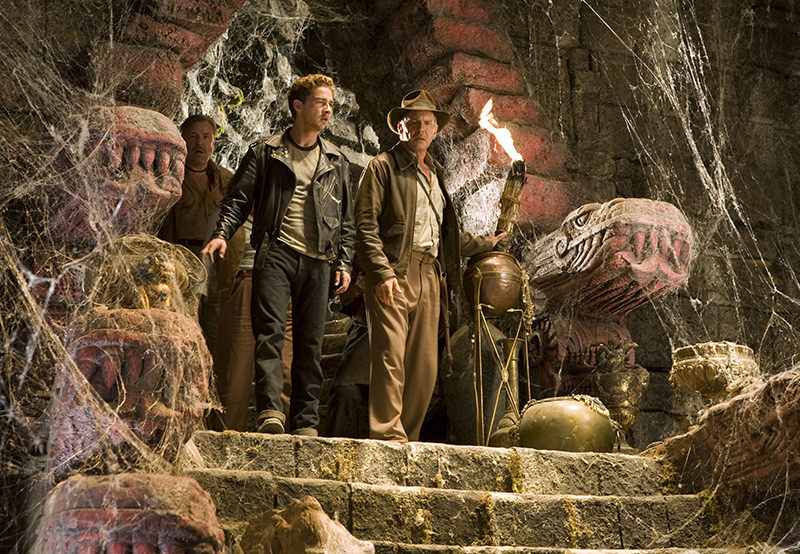 Ford, 73, will reprise his role as the Fedora-clad archaeologist and adventurer who first appeared in 1981's "Raiders of the Lost Ark."

"Indiana Jones is one of the greatest heroes in cinematic history and we can't wait to bring him back to the screen in 2019," Disney chairman Alan Horn said in a statement.

The as yet untitled film will come 11 years after the last installment, "Indiana Jones and the Kingdom of the Crystal Skull," in which Ford's Jones reunited with his former love Marion (Karen Allen) and discovered he had a grown son, Mutt Williams (Shia LaBeouf). The film received mixed reviews.

Disney did not say whether Allen and LaBeouf would return and did not reveal plot details. Kathleen Kennedy and Frank Marshall will produce the film. Spielberg, 69, has directed all the "Indiana Jones" films.

Tuesday's announcement follows the success of Disney's "Star Wars: The Force Awakens," the third highest-grossing film worldwide of all time, in which Ford reprised his action star role and regained his box office appeal as space smuggler Han Solo who was first seen in 1977.

The "Indiana Jones" franchise, created by filmmaker George Lucas, has grossed nearly $2 billion at the global box office with four films and amassed a global fan base.

The announcement quickly became a top ten trending topic on Twitter, but reaction was mixed. Many made fun of Ford's age, offering tongue-in-cheek suggestions for the film's title, such as "Indiana Jones and the Alzheimers," and "Indiana Jones and 'Hey You Kids, Get Off My Lawn!"

The new film is the first "Indiana Jones" movie that Disney will make after it bought the distribution rights for the franchise from Viacom Inc's Paramount Pictures in 2013.