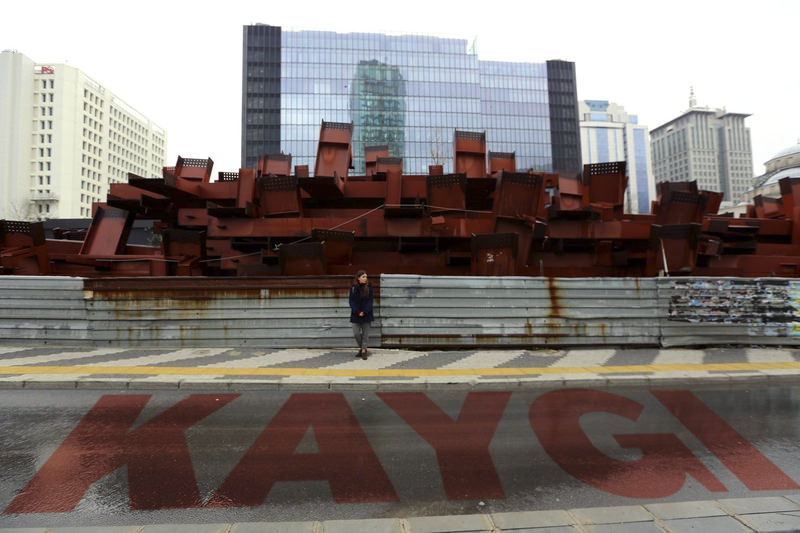 Started in 2012, !f and Sundance Scenario Lab continues to bring veteran directors together with younger generations between May 6 and May 9. The deadline for application is March 17

For the last five years, !f Istanbul's joint project with the Sundance Institute which is celebrating its fifth year running will feature the !f & Sundance Scenario Lab, which provides supportive scenarios for many films including "Ana Yurdu" (Motherland) and "Kaygı" (Enflame), and will take place in Büyükada from May 6-9 this year. The application deadline is March 17.

Master teachers including Sundance Lab International Director Paul Federbush, award-wining scenarist of the "Lemon Sisters" and "War, Inc." Jeremy Pikser - an Oscar nominee for Warren Beatty's film, "Bulworth" and the scenarist of "Keep the Lights On," "Little Men," and Ira Sach's "Love is Strange." Mauricio Zacharias will lead the workshop on Büyükada from May 6-9.

Founded by world-famous actor and director Robert Redford, Sundance Scenario Lab began in 1981 and created an environment where young and talented filmmakers could develop original film projects while working with leading writers and directors. The workshop has helped many prominent directors and writers of this generation, including Quentin Tarantino, Darren Aronofsky, Steven Soderbergh, Shirin Neshat and Paul Thomas Anderson, equipping them with the skills to take the first steps of their blockbuster careers and has created opportunities for scenario advising for three Turkish projects -- in collaboration with !f Istanbul -- since 2011.

The advisors participating in the Istanbul workshop include Israeli scenarist and writer Etgar Keret, "I am a Slave" and "Death of a President" Director Gabriel Range, "Attenberg" Director Athina Rachel Tsangiri, "Amreeka" Director Cherien Dabis, Turkish film director Reha Erdem whose films include "Hayat Var" (My Only Sunshine), "Kosmos" and "Şarkı Söyleyen Kadınlar" (Singing Women). The director of "Nine," "Ara," "Gölgesizler" (The Shadowless), "Ses" (The Voice) and "Nar" (The Pomegranate) Ümit Ünal, prominent Turkish Director Yeşim Ustaoğlu, whose films include "Güneşe Yolculuk" (Journey to the Sun), "Bulutları Beklerken" (Waiting for the Clouds), "Pandora'nın Kutusu" (Pandora's Box) and "Araf" (Somewhere in Between), as well as Barış Pirhasan who wrote many classics including "Adı Vasfiye" (Vasfiye is Her Name), "Ah, Belinda" (Oh, Belinda), and directed some of the most famous Turkish films which include "Usta Beni Öldürsene" (Sawdust Tales), "O da Beni Seviyor" (Summer Love), and "Adem'in Trenleri" (Adam and the Devil).

The projects the Sundance Scenario Lab has supported so far include "Çekmeköy Underground" by Aysim Türkmen, "Mavi Dalga" (The Blue Wave) by Zeynep Dadak and Merve Kayan, "Babamın Sesi" (Voice of My Father) by Zeynel Doğan and Orhan Eskiköy, "Hayatboyu" (Lifelong) by Aslı Özge, "Kumun Tadı" (Seaburners) by Melisa Önel, "Annemin Şarkısı" (Song of My Mother) by Erol Mintaş and Ana Yurdu (Motherland) by Senem Tüzen. While these projects have won several awards at international film festivals, one of the projects, which has been supported by the workshop in past years, Kaygı (Enflame) by Ceylan Özgün Özçelik, was completed last month and is ready to greet its audience.