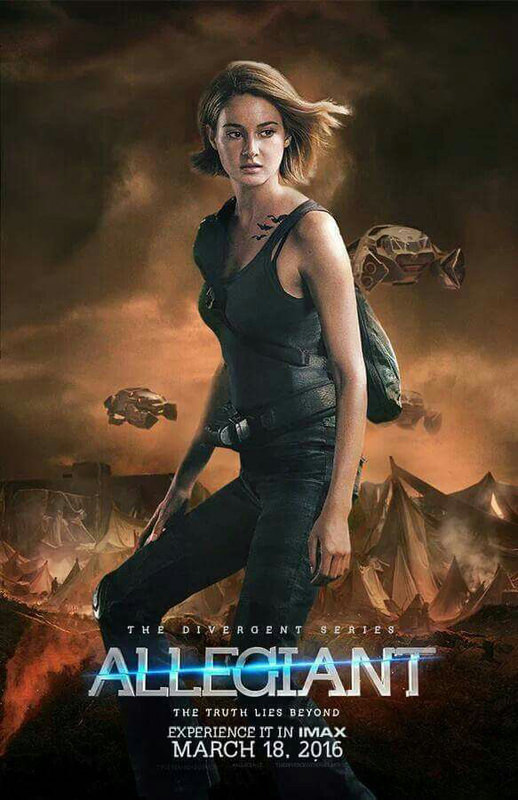 After surviving the breakdown of society and uprising of rebels, "Divergent" heroine Tris Prior is leading the quest for answers in the new film, "Allegiant."

Out in U.S. theaters on Friday, "Allegiant" is the first of a two-part finale to the "Divergent" franchise. It is set in a post-apocalyptic Chicago where society is divided into five factions based on people's personalities; wisdom, honesty, selflessness, kindness and bravery.

The films are based on Veronica Roth's trilogy of novels. The events of "Divergent" and "Insurgent" have led to civil war. In "Allegiant," two female leaders battle to govern the city while Tris (Shailene Woodley) leads a small group of friends outside their gated world. Amid destroyed lands, they discover an organization with a chilling agenda, that established Chicago as an experiment to find someone who is "pure," with attributes of all five factions. For Woodley, the character of Tris, an innocent teenager forced to harden up both physically and emotionally, joins a growing roster of strong female roles in film.

"You see Halle Berry and Ashley Judd kicking ass back in the day but it's really nice to still see that train rolling and to see that there is more, more and more strong women out there in films," the 24-year-old actress told Reuters.

Woodley added that the "Divergent" films, which also star Theo James, Miles Teller, Zoe Kravitz, Naomi Watts and Octavia Spencer, presented an equality between young men and women fighting for freedom. "It's not males are leading and the females are being suppressed or the females are leading and the males are being suppressed," she said. "There's equality between the kingdom and the queendom and I think that's all that needs to happen in our modern world." The "Divergent" films follow the young adult hit franchises "Twilight" and "The Hunger Games," both also adapted from young adult novels and huge hits at the worldwide box office.

The "Divergent" films have so far grossed more than $500 million worldwide. While "Allegiant" received an unfavorable 36 percent rating on reviews aggregator Metacritic.com, the series does have avid fans.

"Ultimately I think we make these movies for selfish reasons for ourselves - just to be actors and artists to be able to express. But when people receive them, there is something very gratifying," Woodley said.