Dystopian film about Hong Kong in 2025 touches nerve with Beijing 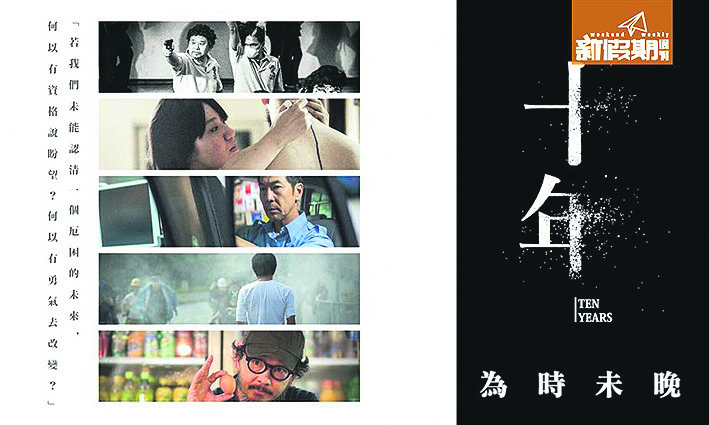 "Ten Years", a film which portrays a dystopian future Hong Kong under tight Chinese Communist Party control, has been a hit in Hong Kong and abroad, selling out cinemas, sparking discussions and being screened at international film festivals. But Chinese state media has criticised the film and that has aroused new concern about mainland influence over Hong Kong despite a "one country, two systems" formula meant to preserve the city's autonomy.

"Ten Years" is a series of five short films packaged as a feature-length show. Set in the year 2025, the film includes scenes of a self-immolation in front of Hong Kong's British Consulate and an assassination attempt in a city election.

The scenes, while fictional, underscore tension simmering between mainland China and the former British colony that returned to Chinese rule in 1997.

The film has been nominated for Best Picture at the Hong Kong Film Awards, Hong Kong's equivalent of the Oscars, due to be announced on April 3.

Its makers say their project began before pro-democracy protests in Hong Kong in late 2014 that exacerbated longstanding concern in the city about creeping mainland control.

"We were just trying to produce a film that we thought was true and reflected what is really happening in Hong Kong," said "Ten Years" executive producer Andrew Choi.

"Our intent was not to be a political film." China's state-controlled Global Times denounced "Ten Years" in a January editorial as absurd and pessimistic and said it was a "thought virus".

Soon after, screenings of the film stopped in Hong Kong cinemas. Cinema operators told the film-makers they could no longer show it because of scheduling issues. But some people doubted that explanation.

"It was breaking all kinds of box office records. Almost every single show at every theatre ... was full," Hong Kong Academy for Performing Arts, School of Film and Television Chairman Shu Kei told Reuters.

"But even with that smashing record, suddenly the cinema would tell the film makers, 'no, we are not going to book the film'."

Just days before the Film Awards, speculation is swirling that the show will not be broadcast in the mainland because of the Best Picture nomination for "Ten Years".

Media in Hong Kong, Taiwan and the United States have reported that state-run China Central Television and the Chinese social media and online entertainment company Tencent, which have the rights to broadcast the awards, have decided not to beam it to the mainland. The companies did not respond to requests for comment and the awards organiser, the Hong Kong Film Awards Association, declined to comment. Of the two offices that oversee Hong Kong for the Chinese government, the Liaison Office in Hong Kong did not respond to a request for comment, while the Hong Kong and Macau Affairs Office was not available for comment. "Ten Years" was made on a budget of HK$500,000 by an essentially volunteer crew. It made more than HK$6 million ($800,000) in box office receipts.