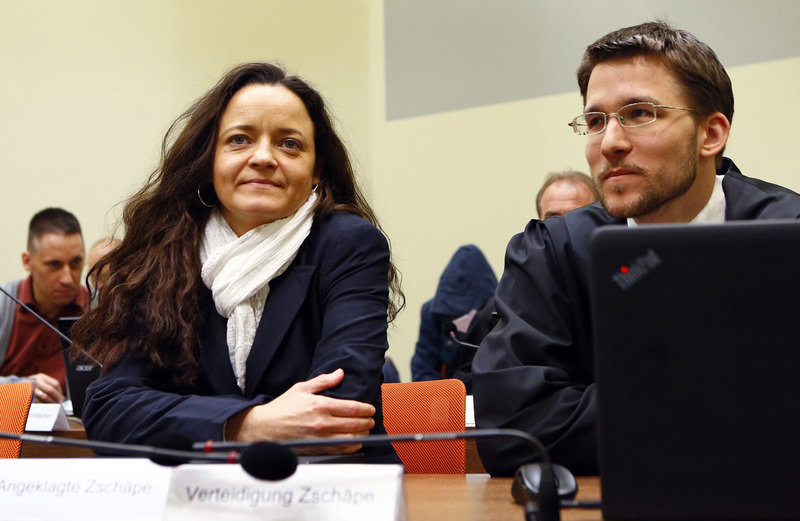 A week-long screening in Germany of three films about NSU crimes against foreign residents in Germany, has created controversy

The National Socialist Underground (NSU) trial has been making waves for the last decade with the extremist right wing group having murdered at least 10 people.

As far as known, at least 10 people, nine of whom were Turks and one Greek who was mistaken to be a Turk, were killed by the racist group between 2000 and 2007. Beate Zschaepe, the sole surviving member of the NSU is being held responsible for the racially incited murders. She has been on trial for several years, exposing government neglect in terms of investigating and preventing the murders. Now, according to international German broadcaster Deutsche Welle (DW), a mini-series aims to cast light on the murders with three feature films and one documentary produced by Germany's public broadcaster ARD. Costing 10 million euros, the first two films were shown on March 30 and April 4. The third film will be screened today. The series aims to create a better understanding of how the victims felt and what the NSU's motivations were.

However, some have raised the question of ethics, as the trial has not ended yet, saying the screenings could influence the course of the trials.

The German daily Tagesspiegel wrote that Zschape's lawyers focused on media intervention in the ongoing case and might be able to have the trial repeated, which could cost nearly 40 million euros. Another German daily, Süddeutsche Zeitung, has questioned the legality of filming crimes that are not concluded and clarified in court.

Despite the controversy concerning the ethics and legality of the production, the broadcaster chose to screen the three films and documentary.

The first of the films focuses on the retrospective personal history of the three main leaders of the extremist group, Beate Zschape, Uwe Boehnhard, and Uwe Mundlos.

Directed by Christian Schwochow, the film "Die Tater - Heute ist nicht alle Tage" (The Perpetrators - Today Is Not Like Any Other") offers insight into the youth of these people in East Germany and their radicalization process after the reunification of Germany in 1990.

In an interview Schwochow gave to DW, he said that their aim was to depict the situation of the country during their youth, especially of Zschape, and the motivation that led them all to radicalization.

He also stressed the need to develop a different point of view about the perpetrators, who are always seen as monsters, as they could be people around us. "People aren't born criminal and evil; there are certain dynamics that facilitate this," Schwochow told DW.

The second film, "Die Opfer - Vergesst mich nicht" (The Victims - Don't Forget Me), is based on a book written by Semiya Şimşek, whose father was murdered by the group. Directed by Turkish-born German director Züli Aladağ, the film focuses on the family's grief condensed by the police investigations, which tended to go hard on the victim's family instead of the crime. The murder investigation was unfocused, as the case was shown to be related to illegal drug dealing, consequently postponing the discovery of the relevance between the consecutive murders.

"Die Ermittler - Nur für den Dienstgebrauch" (The Investigators - For Official Use Only), the third film, which will be screened today, depicts how the police tried to distract attention from their own inefficacy in preventing the crimes and expose the nature of the spree, which was a series of murders. The documentary will be shown after the screening of the third film today.
RELATED TOPICS