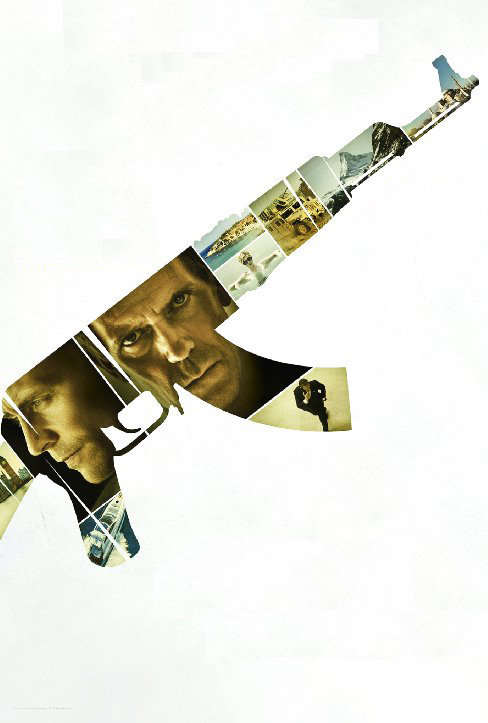 The BBC's latest thriller 'The Night Manager,' adapted from the novel by John Le Carre, has spectacular Bond-like scenes in Istanbul and Cairo, with cliched portrayals of brown and blond women in the middle of an intriguing chain of events characteristic of spy series

With a script adapted from a John le Carre novel and starring Hugh Laurie, Tom Hiddleston, Tom Hollander, Olivia Colman, Tobias Menzies and even Jonathan Aris - yes, he is a niche asset but bear with me - what's not to like about BBC's latest spy thriller "The Night Manager"? Quite a few things actually, but not enough to stop me from watching all six hours of it.

John le Carre is one of those figures that the British call a "national treasure." Having worked for the intelligence services himself, he was the chronicler of the Cold War through the 1970s and 1980s. Curiously, in the Istanbul household where I grew up, his "The Spy Who Came in from the Cold" was one of the very few titles we had in English (belonging to my elder brother) and I remember watching his character Smiley on Turkish television. Le Carre has a distinctive style: wooden desks, smoky rooms, thick glasses and simmering intrigue, all of which were rather well reproduced in the 2011 "Tinker Tailor Soldier Spy" film. So it was with a heavy heart that I watched the opening credits for "The Night Manager," in which the director has abandoned le Carre territory and has unabashedly borrowed from the Bond franchise - images of spy related material like rockets, champagne and pearls multiply and make funky shapes with a Bond-esque, seductive musical score. However, just as one is trying to digest the fact that this is going to be a flashy Bond drama, Tom Hiddleston appears in a crowd of agitated, protesting Cairenes - it is the Arab Spring - and walks through them like a revamped Terminator with bullets and smoke and shouts in the background, his eyes fixed firmly on his goal, the hotel reception desk where he works as the night manager. I know Hiddleston from the wonderful Joanna Hogg films in which he plays young, confused, middle-class men with no sense of direction. However, he has become something of an action figure since, and the tighter his biceps have become, the more he seems to have lost his ability to act. 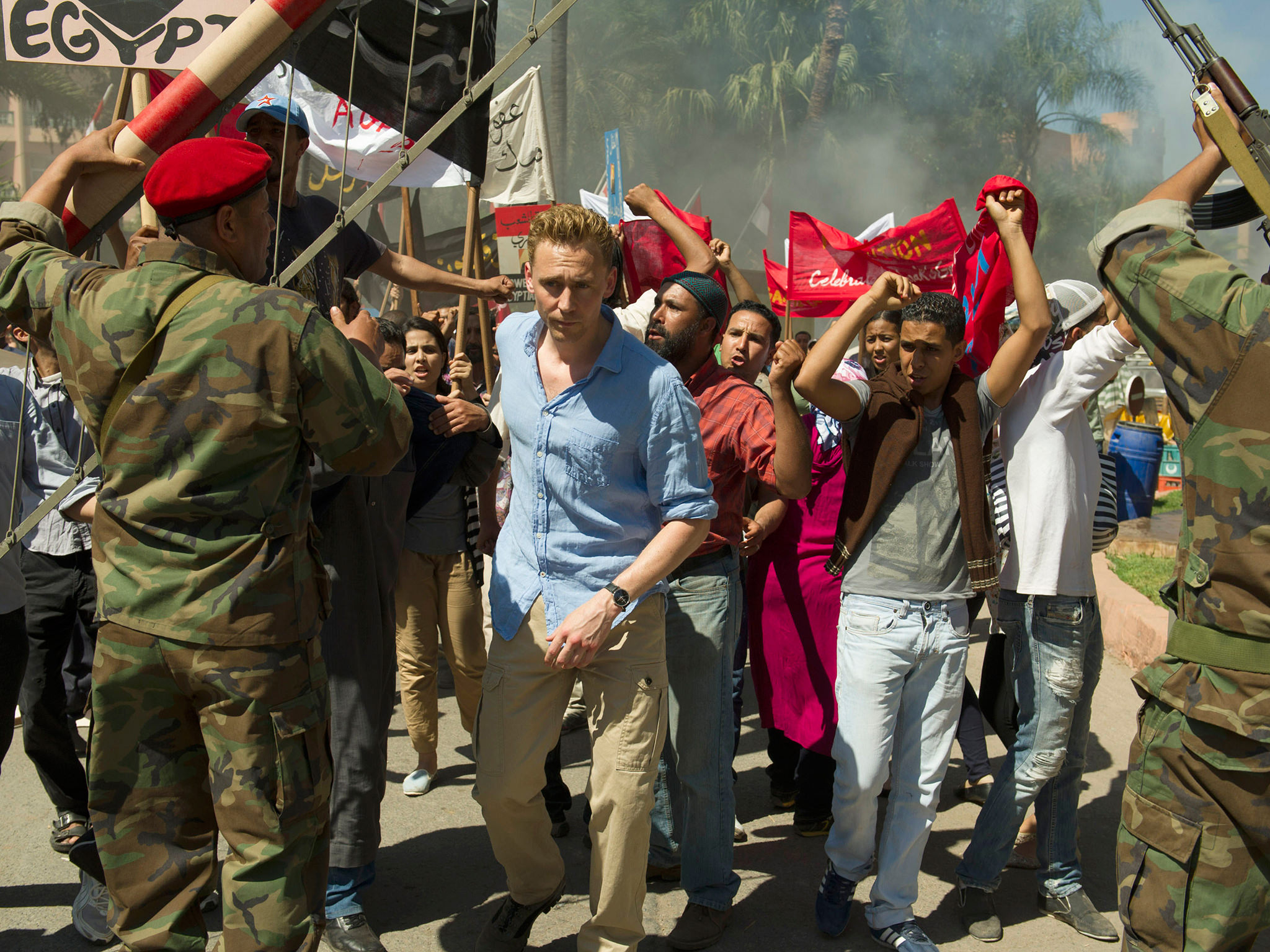 Tom Hiddleston appears in a crowd of agitated protesters and walks through them like a revamped Terminator with bullets, smoke and shouting in the background as his eyes fixed firmly on his goal - the hotel reception desk where he works as the night manager.

Hiddleston was being groomed to play a Bond-like figure for a while, which was evident from a Jaguar car commercial that came out a few months ago in which he very crisply donned a shiny suit to match the car, looking very ready to enter her majesty's service. The commercial counter intuitively cast him as the very model of English villainy, but in "The Night Manager," that honor goes to Hugh Laurie who plays Richard Roper, an arms dealer who pretends to be an agricultural equipment trader with philanthropic tendencies. Laurie is now settled in his transatlantic accent, playing a transatlantic villain, with a British sounding son and a 25 year-old American blond girlfriend "with a secret." One could argue that Laurie's transformation into a villain at this stage of his career was made possible through his years of playing a misanthropic but essentially good-at-heart Dr. House. However, for me, he shall forever be Bertie Wooster - I have been explaining this to "House" fans for decades now - and I will never get used to him being clever and suave and not knocking things about as he moves.

So what is Jonathan Pine, the character played by Hiddleston, this model of white manhood doing wasting his muscles at the night desk of "the most luxurious hotel in Cairo"? Pine has, naturally, done a couple of tours in Iraq and/or Afghanistan. Serving queen and country is in his blood - his father has died in Belfast, and, wait for it, the one heirloom he cherishes is pa's copy of "Seven Pillars of Wisdom" by T.E. Lawrence of Arabia fame. I was worried for a moment that Lawrence's travels in the Hejaz were going to be used for code breaking -that is the sort of thing one would expect from a le Carre story - but thankfully, or unfortunately, the vamped script did not go that far. When we meet Pine he only has yachting relations with the British Embassy - he sails with the wonderful embassy man Russel Tovey on the Nile, what a life. We see Pine being friendly with other, Egyptian hotel staff who are hopeful for a new future for Egypt, and yes, Hiddleston speaks Arabic.

BROWN OR WHITE, THE HERO SAVES A WOMAN

One evening the action almost literally slows down as the femme fatale - again, an oddity in le Carre - walks up to the reception desk and asks Pine to photocopy some papers and put them in the safe. Knowing that she is the lover of the local arms dealer, Pine has a sly look at the papers to reveal to us a list of Vulcan jets and Kalashnikovs. After a moment's indecision he takes the list to the Russel Tovey character and things evolve. Sophie, the femme fatale, gets beaten up by her lover and appears the next morning with a purple eye and a white headscarf to go with it - because, you know, headscarves and domestic violence are inseparable signifiers. Pine is now in a position to guard Sophie. What white man in the Middle East hasn't had to a save a brown woman at some point? Brown or white, it is a rule that when the hero saves a woman from the villain, she must in turn be possessed by him. Now Price has an arms deal to stop and a woman to protect and so he deposits her in a safe place: "It belongs to an archeologist friend of mine," he says. Yes, we all have one of those near Cairo, don't we?

To counterbalance the pliability and the dispensability of the female body in Cairo and later Mallorca, we have the Olivia Colman character in London who is working in an intelligence unit that is at the fringes of MI6 for operations that Whitehall would prefer not to know about. She is heavily pregnant and works in a cold room with Adeel Akhtar. All the equal opportunity employees seem to have been put into the same freezing office where they are dressed in wool jumpers and keep complaining about the cold. Although Colman is one of the best British actors around, she is unconvincing as Angela Burr. No wonder, it turns out her character was a man in the novel. In the series, she keeps talking about why she wants to stop arms dealers; as a British officer, she has seen the damage bombs can do to young bodies on a football field in Iraq. She is almost in tears twice and her forced sincerity fails to convince the viewer that the Brits are in this spying game primarily to save Iraqi children. But then the tears could of course also be hormones of a soon-to-be-mother. 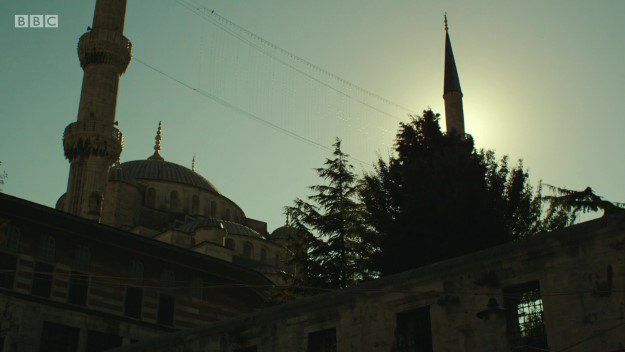 The fourth episode of the series has classic scenes of Istanbul, including the Blue Mosque, Maiden's Tower and Istiklal Avenue. The series also passes through Cairo, Egypt.

The best lines seem to have all been given to Hollander's character Corky, who steals the show. Corky is Roper's oldest friend, and the one to doubt Pine's credentials when he manages to get a footing in Roper's fortified court in Mallorca. Naturally, a British spy story is not complete without a jaunt to Istanbul. So, from Mallorca the scene changes to Eminönü, the Blue Mosque, the whole bag of tricks. Because the minarets are not enough, the director signals that we are in the Middle East by putting on the call to prayer soundtrack every time the scene cuts to Istanbul. More often than not, the call to prayer finds Pine in bed unable to sleep, and you half expect him to get up at some point and do his ablutions and pray, for lo and behold, the destination of the Roper crew is the Syrian border, and you think maybe Pine is double playing MI6 and Roper and will soon go and join DAESH. It is clear from the shots that the crew never left Morocco, where the series was filmed. The beautiful stock Istanbul shots and the scenes in the luxurious hotel with Andalusian arches and pine trees, which are not quite the Istanbul look, are clearly disconnected. Also, taxi number plates look nothing like Turkish ones.

MISOGYNY, THE GREAT EQUALIZER IN PLOT

Thrillers set in Muslim countries are stressful viewing for me and have me at the edge of my seat, not because of the intrigue and the action, but because of the anticipation for the next gross generalization or downright false information I will be fed. The anger I feel at the way "the Middle Eastern woman" is portrayed in the first episode is soon allayed by the way Roper's blond squeeze is written as another female waiting to be saved from one man so she can offer her services to another. Misogyny, the great equalizer. In a way, the Middle Eastern and female stereotypes are so removed from my experience that I can treat them as fantastical figures, figments of a wild imagination that have nothing to do with reality, and benefit from the series by gaining an insight about crooks in Whitehall.

Back in London everything is cold and grey and you get the idea behind the whole venture that a bit of intrigue and Mediterranean sun in March can never go amiss with the British viewing public. Tobias Menzies and Jonathan Aris are cast as the wily Whitehall officials. They are actors we have seen in spy thrillers before, and they bring gravitas to the whole show. The slickness of "The Night Manager" calls to mind "The Honorable Woman," another recent spy thriller that thrived on Middle Eastern stereotypes. In that series Menzies was playing the only honorable man, a bodyguard, here, he represents a corrupt establishment and uses his signature evil squint to great effect. And the presence of Aris, who was excellent in "The Game," reminds us of another type of spy thriller that the Brits can do well with no exotic locations, no drone shots of the villains lair, just a lot of clever talk in offices and libraries that slowly reveals to us who it is that is leaking information to the Russians. However, in this series the aesthetics of the more successful spy franchise takes over. Pine saves the day for Iraqi children, but Smiley has certainly had to make way for Bond.
RELATED TOPICS