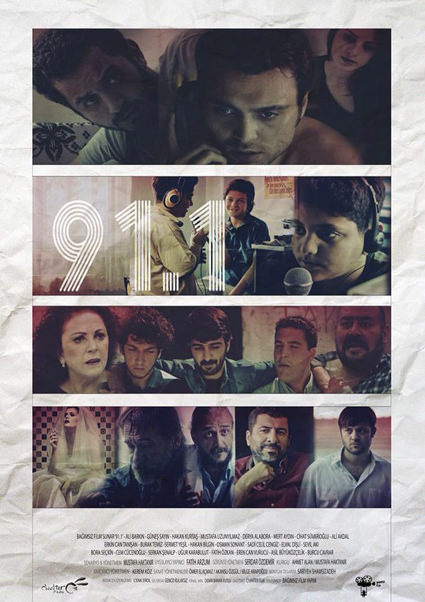 Directed by Mustafa Haktanır, the Turkish film "91.1," starring Hakan Kurtaş, Güneş Sayın, Ali Barkın and Mustafa Uzunyılmaz, is a comedic drama. The paths of three friend groups from different generations cross in a surprising way. These people who live different lives in different parts of the city suddenly find themselves in the center of the same world.

The film follows three brothers who have to stay in their father's home village in order to claim to his inheritance. As the brothers, whose professions and personalities are totally different, are not accustomed to village life, they have a hard time adapting. Starring Yakup Yavru, Mehmet Emin Eren and Mansur Ark, the Turkish production was directed by Sefa Özçelik.

"Demolition" was directed by Jean-Marc Vallee and stars Jake Gyllenhaal, Naomi Watts and Chris Cooper. As an investment banker struggles after losing his wife in a tragic car crash, his increasingly confessional series of letters to a vending machine company catch the attention of a customer service rep with whom he forms an unlikely connection.

Eye in the Sky

Starring Helen Mirren, Aaron Paul and the late Alan Rickman, who died in January, "Eye in the Sky" is a contemporary action film offering insight into the shadowy world of the international arms industry. Directed by Gavin Hood, the film focuses on the moral vagueness of modern warfare.

Nine-year-old twin brothers anxiously await their mother's return home from the hospital. When their mother arrives with bandages all over her face after cosmetic surgery, the brothers begin to question whether this woman is their real mother or not. Directed by Veronika Franz and Severin Fiala, the Austrian thriller, which stars Susanne Wuest, Lukas A. Elias Schwarz, Hans Escher and Elfriede Schatz, caused a sensation in Europe as some of the audience passed out during some of the film's scenes.

Starring Ben Stiller, Owen Wilson, Penelope Cruz, Will Ferrell and Kristen Wiig, the sequel to the cult 2001 film "Zoolander" recounts the adventures of Derek Zoolander and Hansel who are lured into modeling again, this time in Rome, where they find themselves the target of a sinister conspiracy. The two fashion icons once again take to the runway to save pop stars from being murdered.

Directed by Riva Palacio Alatriste, this animated Mexican film tells the story of a brave chicken, Toto, who leads her friends to stop an evil couple who threaten their home.
RELATED TOPICS