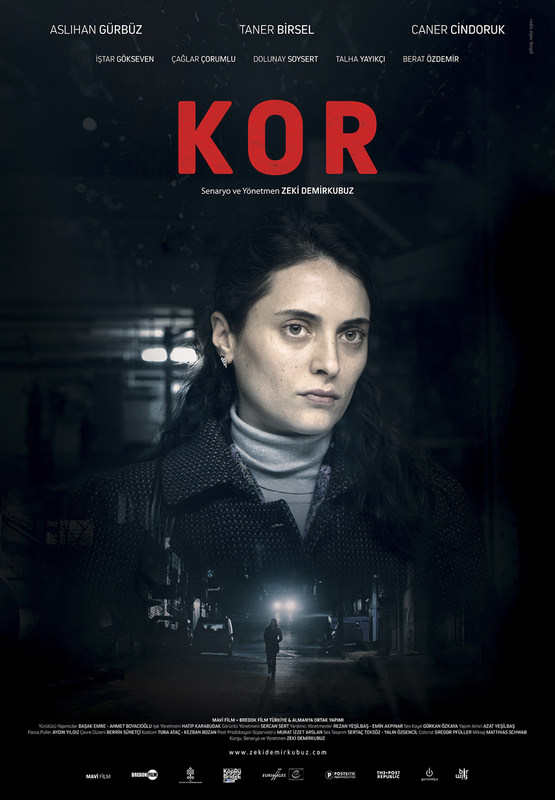 The third feature film by Selim Evci, "Hidden," which was featured at the International Antalya Film Festival's competition section, focuses on the hidden lives of two families whose fates intersect.

Directed by Mustafa Kenan Aybastı, "Trip" follows a young man who grew up in a conservative family and his identity crisis.

The comedy "Father of Fathers" portrays a respected Istanbul crime boss. In order to give a lesson to other crime bosses, he makes a plan that leads to humorous incidents. The film was directed by Raşit Çelikezer.

Yola Geldik (We Have Come Around)

Two young men spend all the money in the gas station where they are working and try to find the money to meet the deficit in the wrong places.

Directed by Cengiz Mert, this horror film follows eight friends who find a mysterious cube and the terrifying things that they have to face afterward.

A cult protects a book written by a good genie for centuries. In 1915, the protector of the book conducts a wrong ritual and the curse of the genie hunts a group of friends in 2015. It stars Turgay Başyayla, Sevil Uyar Kılıç, Volkan Başaran, Halit Karaata, Kenan Yeşildağ and Oğuz Yağcı and was directed by Volkan Adıyaman.

The sequel of the 2012 film "Snow White and the Huntsman" focuses on the war between rival queen sisters Ravenna and Freya. As the rivalry escalates, Eric and fellow warrior Sara, members of the Huntsmen army raised to protect Freya, try to conceal their forbidden love as they combat Ravenna's wicked intentions.

A Hologram for the King

Starring Academy Award-winner Tom Hanks, "A Hologram for the King" follows a failed American businessman who looks to recoup his losses by traveling to Saudi Arabia and selling his idea to a wealthy monarch.

The French, German and Polish co-production animated film "Little King Macius" was adapted from Janusz Korczak's namesake novel and follows the adventures of 9-year-old Macius who succeeds to the throne after his father's death.

Set in a picturesque little village in a magical land, the film tells the story of a flock of carefree sheep. Their pastoral and stress-free life is interrupted when a pack of wolves sets up camp in the nearby ravine. To drive them away, they drink a magical potion that turns sheep into wolves.
Last Update: Apr 23, 2016 2:51 am
RELATED TOPICS