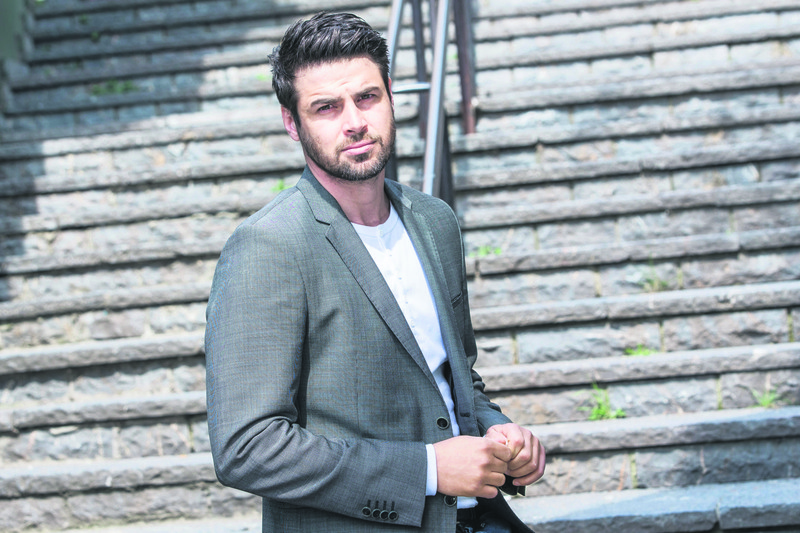 by Anadolu Agency May 03, 2016 12:00 am
An Australian actor of Bosnian descent, Reshad Strik, has announced that he is preparing to shoot his first film as a director. Known for his role in the Turkish television series "Diriliş Eruğrul," Strik has featured in two Hollywood movies in recent years. In an interview with Anadolu Agency on Saturday, the actor said his directorial debut will be about a family's life in a village in Prusac during World War I and II, the communist era and the Bosnian war in the 20th century.

The feature-length film will be adapted from a novel written by Bosnian author Edin Krehic, "Jednog dana doci cu, oce," which in English means, "One Day I Will Come, Father." Strik said he plans to shoot the movie in August this year with actors and actresses from Bosnia and Herzegovina, Croatia, Serbia, Germany, Austria and England. He said that Bosnia and Herzegovina has witnessed many wars in its history and there are many sad stories to be told about the country.

"Despite the fact that there are so many heroes in Bosnia, nobody tends to tell these stories because of politics," he said. For example, Strik pointed out that no one wanted to feature the story of Naser Oric, described by Bosnians as a legendary commander of the Bosnian war, on the silver screen. "I think this is about politics and because people are scared. As a result, Bosnians do not make movies to establish themselves as role models. The majority of stories are about the victims," he said.

Reshad Strik was born on June 22, 1981, in the Australian city of Canberra. His father is Bosnian and his mother is from Australia. He has a university degree from the Australian Academy of Dramatic Art. After graduation, he performed in an Australian television series, Blue Heelers and Headland. In 2006, he went to the U.S. and acted in two Hollywood movies, "The Hills Have Eyes 2" and "Newcastle." In 2013, Strik arrived in Turkey and acted in the famous Turkish television series, "Diriliş Ertuğrul" and "Filinta."
Last Update: May 03, 2016 1:01 am
RELATED TOPICS