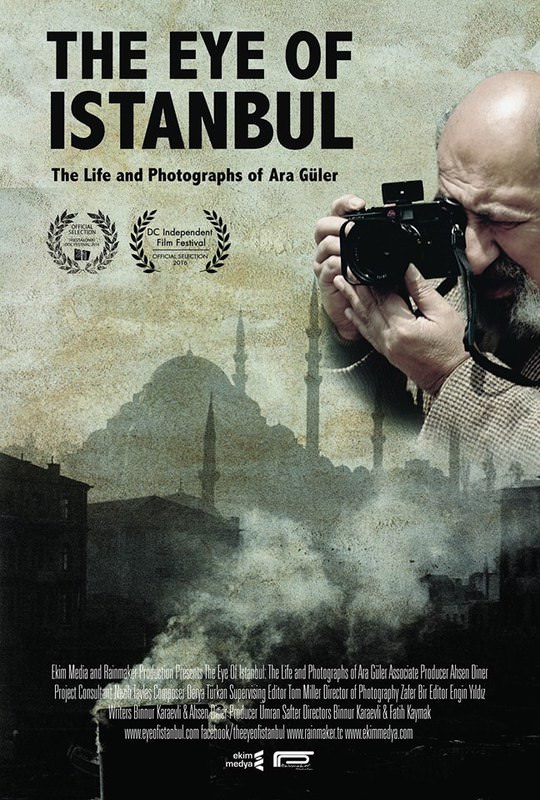 by Daily Sabah with AA May 03, 2016 12:00 am
The documentary film "İstanbul'un Gözü" (The Eye of Istanbul), which sheds light on the 60-year career of world-renowned photographer Ara Güler, was recently screened at Beverly Hills Laemmle's Music Hall as part of the Southeastern European Film Festival. The film premiered at the Washington Independent Film Festival, and was chosen as "The Best of the Best" among films spanning various categories.

Producer Ümran Safter said that the festival in Los Angeles is the third international film festival that they attended, saying, "We screened the film at various venues including California University's Islam and Middle East Research Center, as well as the Istanbul Armenian Association. The participants at the screenings were very impressed by Güler's story." The festival, whose theme was previously announced as "refugees," features films telling the story of people who have to leave their homes in search of a new life. Hosting 45 films from 20 countries, the festival will announce winners on May 5.

Prominent figures in Turkey's film industry have criticized Istanbul Film Festival's decision to exclude the documentary film "The Eye of Istanbul." The film, which is about photographer Ara Güler and his love of Istanbul, was allegedly declined by the board of Istanbul Foundation for Culture and Arts for ideological reasons. While İKSV denied the allegation that the exclusion of the film was political, the producer of the film, Safter claimed that the organizers of the festival did not offer her any concrete reasons. Ara Güler previously photographed Turkish President Recep Tayyip Erdoğan at his resident in Kısıklı, Istanbul.
Last Update: May 03, 2016 1:03 am
RELATED TOPICS