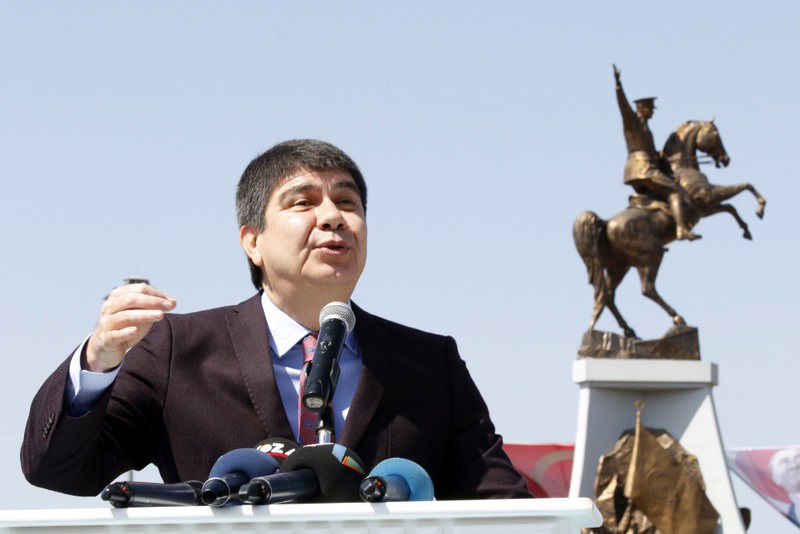 by Daily Sabah with IHA May 09, 2016 12:00 am
Antalya Mayor Menderes Türel (above) said Sunday that the time when Hollywood stars like Brad Pitt could stroll down Antalya streets is nigh because of the municipality's recent initiative to transform the province into an international film center.

Speaking at the end-of-year exhibition of Antalya Greater Municipality Arts and Vocational Education Training Courses, he said his new dream is to bring Hollywood to Antalya, which is seen as Turkey's main tourism attraction and attracts several million foreign and local tourists every year.

Türel said he went to the U.S. last week to talk to officials about his plans. "This project was actually an idea I wanted to implement in my first term as mayor. During my trip with President Recep Tayyip Erdoğan [in early April], I had the opportunity to meet some of the top names in the film industry. They invited me to Los Angeles. Our second visit last week was to Hollywood. We presented our projects, which impressed several investors. The time when world stars will flock to Antalya is not too far away. One day you may see Brad Pitt, Tom Cruise or Angelina Jolie strolling beside you. Why not?" He said the vocational center in the municipality could also begin training local talent for the film industry.
RELATED TOPICS