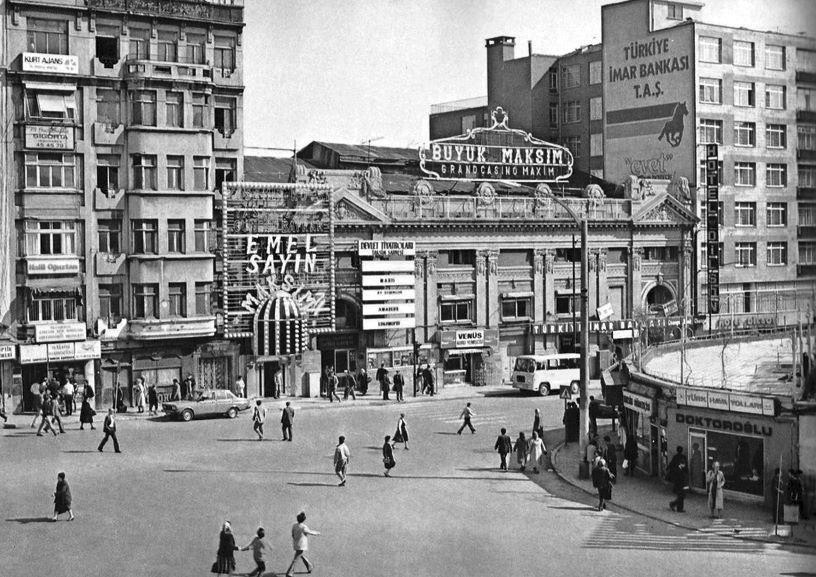 The history of cinema halls in Istanbul, dating back to the first couple of years after the invention of film by the Lumiere Brothers in 1895, has been collected in a photobook prepared by Culture Inc.

Conceived by Istanbul Metropolitan Municipality's Culture Inc. to promote the city's movie theaters and pass down the cultural and artistic memory of the city to the next generations, a new book titled "Istanbul's 100 Cinemas," is a chronological account of the founding dates of the cinemas, the film genres screened, striking incidents, memories, anecdotes, name changes, changes to the properties and management teams, and the latest status of the cinemas. The book centers on the cultural texture and journey of Istanbul through the history of the movie theaters. Among 100 cinemas established in Istanbul's various districts including Beyoğlu, Kadıköy, Fatih, Şişli, Beşiktaş and Bakırköy, and introduced in the book are the movie theaters marking the world of show business in the city, such as the historical Melek Cinema, Lale Cinema, Cine Palace, Süreyya Cinema, El Hamra Cinema, Geyikli Cinema, Feriye Cinema and Pera Cinema.

Here are some of the movie theaters that have made their mark on Istanbul:

The first public screening in Istanbul was held at Sponeck Beerhouse. After the Lumiere Brothers presented a screening by using their own invention that they called the cinematography at the Grand Cafe in Paris on Dec. 28, 1895, the same films were screened at Sponeck Beerhouse on İstiklal Avenue a year later on Jan. 16, 1897 - according to another source, however, the screening was held on Dec. 12, 1896. As understood by the posters prepared for the show, this screening took place with live projections on the first floor of the building, which is across from Galatasaray High School. The hall was reorganized in a suitable manner for the screening, and the program was arranged to accommodate four screenings per day. As Ercüment Ekrem Talu explained in his memoir, these first movie screenings caused heated arguments in the city. "Some think seeing this magical invention is a sin; some repent because of what they have seen. The high-minded, on the other hand, are pleased because another element of civilization has entered the country."

The first permanent movie theater in Turkey was Pathe Cinema, which was established in Tepebaşı and became one of Istanbul's art and entertainment hubs. Founded by Sigmund Weinberg, the movie theater began operating on Meşrutiyet Street - previously known as Mezarlık Street. After the first screening, Weinberg decided to make film screenings more professionally, which became popular in cafes and beerhouses. He began by contacting one of the 20th century's biggest cinema companies, Cinema Theatre Pathe Freres, which was founded in France in 1896, and he took over the firm's agency in Istanbul.

Initially called "Emperyal," this hall was later named "Milli Sinema" (National Cinema) and opened for the public. According to some sources, it is the first movie theater opened by Turkish entrepreneurs.

The Military Museum Movie Theater is a winter cinema that began operating under the Ottoman Military Museum in 1915. Ahmed Muhtar Pasha was assigned as the manager of the museum, which was founded as a part of the Hagia Irene Church. Working as the manager of the museum from 1908 to 1923, Ahmed Muhtar Pasha established a movie theater, which was seen as a great modernizer for that period, along with different exhibition sections, including military cultural assets, souvenirs, a library, target range, janissary museum and the house of the mehter. Established during the period of Constantine I (324-337) in early 400 B.C. and located at the Hagia Irene Church in the first hall of Topkapı Palace, the Military Museum Movie Theater is the world's oldest building used as a movie theater.

Enver Pasha took many steps to bolster cinematography in pre-Republican Turkey. During this period, a film school was established and the Central Army Cinema Department was instituted at the War Ministry's Post Office. Dersaadet (Gate of Felicity) Army Central and Military Museum Movie Theater at the Hagia Irene Church were revived thanks to Enver Pasha's dedicated. Mustafa Gökmen touches on this issue and said Enver Pasha was the first person officially kick-starting cinematography in Turkey. Enver Pasha's nephew Faruk Kenç was even accepted as the first scholar of cinematography in Turkey. His first wife, Mualla, was a screenwriter and his second wife was one of Turkish cinema's most famous actresses, Belgin Doruk. Enver Pasha's brother-in-low Halil Kamil Bey also owned the Turkish Film Studio.

The most luxurious movie theater of the East

Founded in Gümüşsuyu, Cine Magic is the first building in Istanbul built as a movie theater. Previously, a Greek-French High School, managed by Haci Hristo, occupied the area. Architect Giolio Mongeri designed Cine Magic, and according to some sources, the building was constructed in 1914 and first owned by Sarıcazade Ragıp Pasha. Silent films were screened accompanied by a small symphony orchestra at the theater operated by Halil Kamil. The Cine Magic Movie Theater was also defined as the biggest and most luxurious hall of the East.

The movie theater of award-winning films

Currently operating in Caferağa, Cinema Paradiso is one of the oldest movie theaters in Kadiköy. The cinema had a wide stage and a capacity to host 425 people during the period when it operated as Ercan Cinema. In 1996, the theater was reopened and renamed Hollywood Cinema. Operated by 35mm Film Industry during that period, Hollywood Cinema was taken over in 2015 after nine years of service and renamed Cinema Paradiso. Operated by Bir Film, renowned for films it brought from different countries such as Iceland, Denmark and ones in the Far East, the cinema has a capacity to host 226 people. The biggest advantages of the theater are its wide-spaced ergonomic seats and a powerful sound system. Especially after the name change, the cinema mainly focused on independent and award-winning films from World, European and Far Eastern cinema. Special screenings, mini festivals and film panels are among the other events held at Cinema Paradiso. 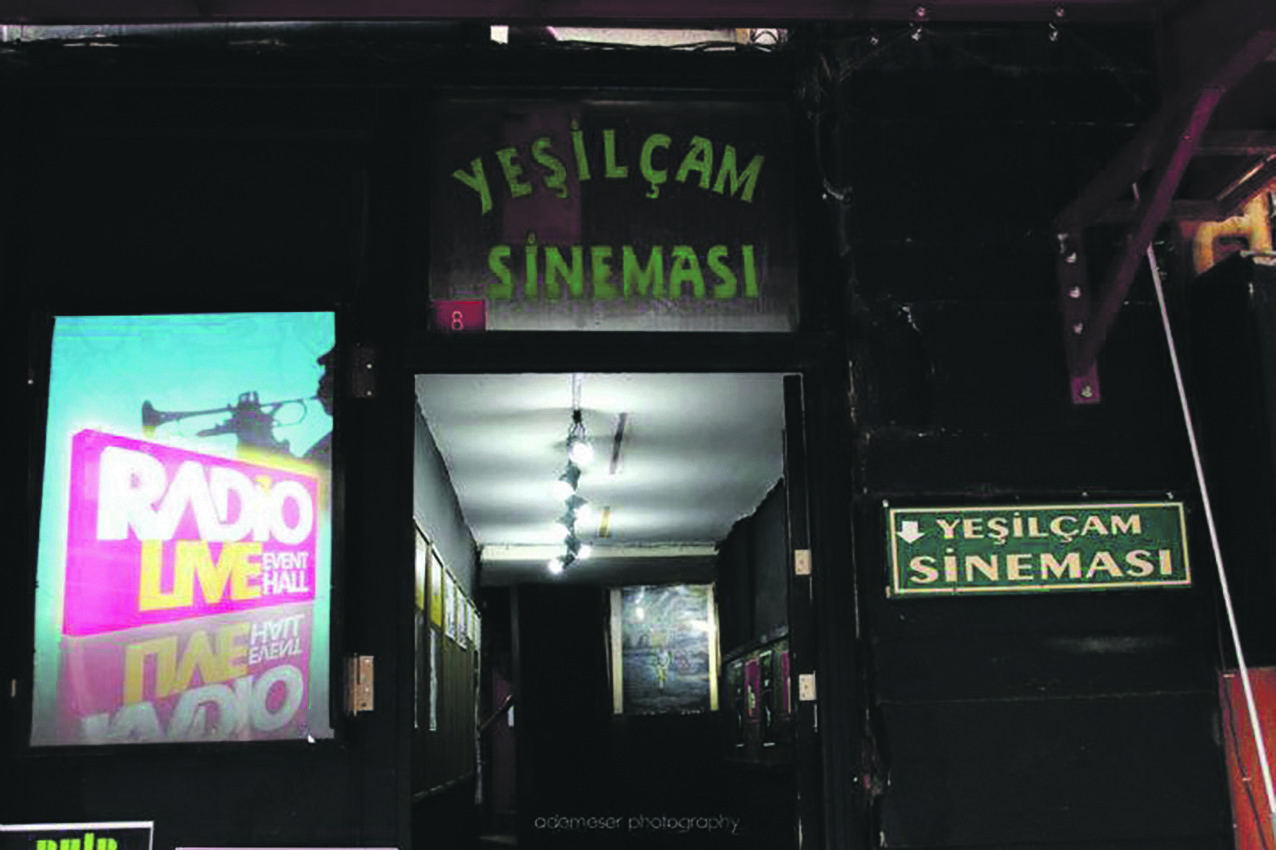 Yeşilçam Cinema began operating on İstiklal Avenue in 1996. Founded by Reis Çelik, the movie theater still operates with its humble but redolent cinema ambiance and a single screening hall with 75 seats. Yeşilçam Cinema is still operated by Güven Çelik, according to whom the movie theater was established with old films that were saved from Akün Film and Kanat Film. As its name suggests, the mission of the theater, was inaugurated by screening Metin Erksan's "Dry Summer" (Susuz Yaz) is to revive Yeşilçam (Turkish Cinema) and keep it alive. As such, it is an active contributor to Turkish cinema by organizing the Turkish Films Week.

Melek (Angel) Cinema began operating on Yeşilçam Street in 1924. According to some sources, a building called Cercle d'Orient was built by architect Alexandre Vallau in 1884 in honor of the Club des Chasseurs de Constantinople (Hunters Club of Constantinople). The building was ordered by one of the viziers of the first constitutionalist period, Abraham Pasha. Melek Cinema was put into service in this place by the İpekçi Brothers in 1924. The cinema took its name from the two art-nouveau or art-deco style angel paintings in yellow-orange placed on either side of the stage. Melek Cinema was among Europe's most contemporary cinemas along with Elhamra and Alkazar that opened during the early years of Republican Period. Rumor has it that in the theater, which addressed a wealthy audience, some seats were sold even before the season started. The cinema had two wide foyers and a balcony opening up to either side. It is also known that the ground floor boxes became a posh meeting spot, and the boxes added extra value to the theater as well.