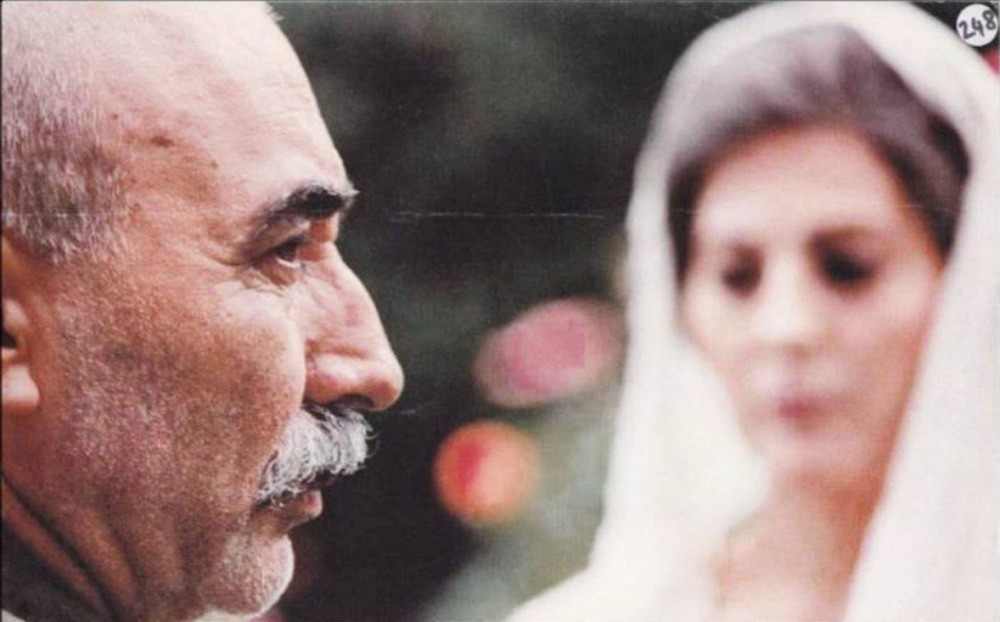 u2018Eu015fkiyau2019 (The Bandit)
by Daily Sabah Jun 03, 2016 12:00 am
The 16th Frankfurt Turkish Film Festival organized in collaboration with Turkey's Culture and Tourism Ministry and the Frankfurt Municipality will take place from Oct. 31 to Nov. 5.

The press launch for the festival was held at a hotel in Istanbul with famous cinema figures in attendance.

Speaking to Anadolu Agency (AA) at the meeting, Festival Committee Chairman Hüseyin Sıtkı said the festival was conceived 16 years ago with intentions to use cinema as a tool while creating a platform in Germany. He also said that they want to bring people with different cultures, languages and religions together.

Stressing that the festival aims to promote Turkey and Turkish culture, Sıtkı said they also hope to meet the German community, pointing out that the festival is gradually improving: "We only hosted guests at film screenings in the initial years. Now, however, we hold screenings in three sections, with the first including Turkish feature films, short films and documentaries, and the second section including German short films and documentaries produced by Turkish directors who shoot German films such as Fatih Akın and Ayşe Polat. The third section features thematic films from the European Films Forum."

Sıtkı said this year's festival will include screenings of films that focus on the issues of immigration, migration, intergenerational conflict and religion from four or five European countries. Explaining that exhibitions, panels and workshops would be held as part of the festival, Sıtkı said: "We also have 'Festival in Schools' and 'Festival in Prisons,' which are social responsibility projects. We will show movies in Frankfurt's 500-inmate-capacity prison. We will hold screenings in high schools in Frankfurt as well."

Prefacing that previous festivals received wide attention from German moviegoers, Sıtkı said: "Along with the release of 'Eşkiya' (The Bandit) in Europe, Turkish films have received an increasing amount of attention. In the 1980s, during the time of video cassette tapes, Turkish cinema was brought to Europe this way. There had always been a Turkish presence in European filmmaking, but receiving attention from young filmmakers was the boost that Turkish film directors needed to succeed in Europe, increasing the output from Turkish filmmakers and their presence in the industry. Turkish-German directors in German also made tremendous contributions to the appreciation of Turkish cinema."

One of the jury members of the festival's short films section and former festival participant, Cem Başeskioğlu, said that the goal of festival is to reveal Turkish film to Germans rather than Turks. Pointing out that he has followed the festival every year and that German audiences had shown a great deal of attention, Başeskioğlu said the festival is an important contribution for the integration of these two cultures and should be supported.

Cinema and theater artist Yetkin Dikinciler said he has been going to Europe on tours for years. "It is hard

to be in a foreign country. It is pleasing to be with our people living there," Dikinciler added.

Asserting that cinema is the reflection of all parts of life through the big screen, Dikinciler said: "Cinema is trying to tell us to us, meaning that it makes us realize our own lives, and when it becomes international and Turkish films are presented to a German audience during the festival in Frankfurt, it will become a bridge between two cultures and two countries."

According to Dikinciler, their biggest concern in the current situation is separation, but they foresee a world in which another way is possible. He said that he was pleased with the way the festival is serving as a mediator and that he wants this to increase, explaining that the thing we need is to establish a world of peace and unity by accepting our differences.
RELATED TOPICS