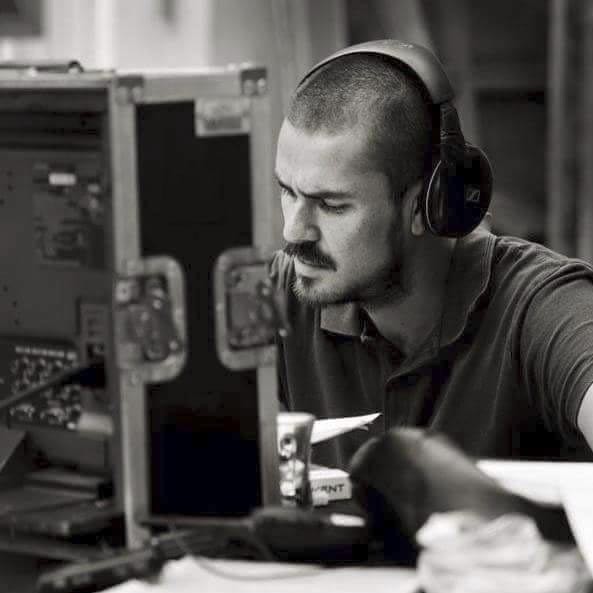 Ceyhanu2019s suicide has left family members in a state of shock, raising questions about the working conditions in the film industry, the length of television series and monopolization in the sector.
by Daily Sabah Jun 14, 2016 12:00 am

The suicide of a young director last week exposed certain problems of the TV sector, including long working hours and cliques among actors and technical staff

Caner Ceyhan, who had co-directed many films and television series, passed away last week. His body was found in his house in Kadıköy, Istanbul by local police after they were notified by family members that he had not been heard from in days.

It was reported that the young director had been unemployed for some time and could not cope with the competitive nature of the film industry, and so was driven to commit suicide. Ceyhan, who left a suicide note, was laid to rest on Sunday in Didim where his family resides.

The young director's suicide has left family members in a state of shock, raising questions about the working conditions in the film industry, the length of television series and monopolization in the sector.

Speaking to the Anadolu Agency (AA), film director Yüksel Aksu said Ceylan completed his first internship and assistantship with him when he was a sophomore at university. Noting that Ceyhan was a professional who did his best on the job, Aksu said: "I introduced him to the television series industry and he then became one of the most sought after co-directors in the sector. When I stopped working in the sector and began directing cinema, we lost touch. I consider my job within the context of a master-apprentice relationship. We gave him a chance to work in the sector but it is clear that we failed to provide him with the joy of living. I am very sorry."

Aksu stated that he quit working in the television series sector because he could not stand it anymore, adding: "I am a man who has worked as a shepherd, truck driver and in the tourism, construction and mining sectors. I know about the history of workers. However, the most vicious sector in the world is the television series business in Turkey. When I began working as an assistant in a TV series, a single episode lasted for 36 minutes; however, now an episode is as long as 150 minutes. People are working 24/7."

Scriptwriter, producer and director Nazif Tunç said people start pursuing a career in the cinema sector with great hopes to perform their art. He claimed that it is a very difficult process to be accepted into certain circles in the sector and that pressure imposed by certain art "gangs" prevents young people from standing out for their unique talents. "These art circles only support people they know and already have a place in the sector, ignoring the young and talented. If you are an actor, who can only show yourself as long as you are cast in roles. It is also the same for the director, scriptwriter and stage actors," Tunç added.

Tunç emphasized the fact that the television and film industry is in a vicious cycle which sees some actors or actresses play in the same television series all the time. "A director begins directing the TV series of a single producer and continues to direct his work, preventing young directors showing themselves in the sector. Of course, some people cannot stand it and become depressed; even giving up their lives, as Ceylan did," he said. Noting that the cinema sector gets tougher and tougher every day, he noted that: "There is a reigning power in both art and culture. Those who hold the power do not accept new people among them. This is a secular way of thinking. These people exclude artists, directors and other people, on the basis of spirituality or the emotional states of others. These people are more exclusive than secret organizations. They pass down this way of thinking to others the way a clan or member of a sacred religious sect would do."
RELATED TOPICS