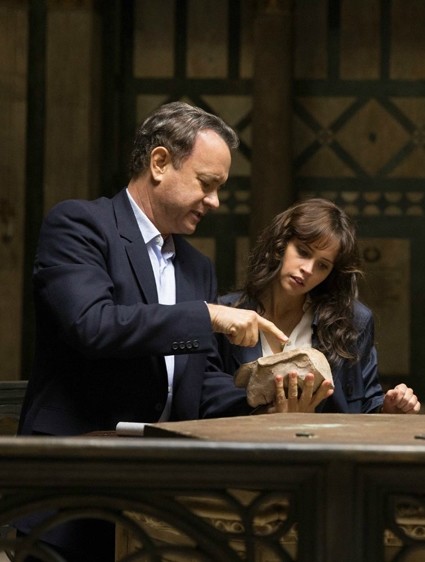 by Jun 15, 2016 12:00 am
The Italian city of Florence, birthplace of Italian poet Dante Alighieri, will stage the world premiere of "Inferno", the third film to be adapted from the Dan Brown novels about symbologist Robert Langdon.

"I'm happy to say it is in beautiful Florence in Italy," Ron Howard, director of all the three previous films, told Reuters in Singapore on Tuesday, adding that the location was appropriate given that the city was the "centrepiece of the movie".

The premiere will be on Oct. 8.

"Inferno" sets Harvard symbologist Langdon, played by Tom Hanks, on a manhunt as he races to stop a plot to control the world's population by the unleashing of a deadly artificial plague.

The film is the latest in line from the blockbuster book and film franchise that began with Brown's 2003 religious-themed mystery novel "The Da Vinci Code", and sees Hanks reprising the role of the character he once described as "the smartest guy in the room".

The movie's name and many of the symbols examined by Langdon draw largely from the life and works of Alighieri, whose greatest literary achievement was the 14th-century "Divine Comedy" trilogy, the first of which is entitled "Inferno", and describes nine circles of suffering in hell.