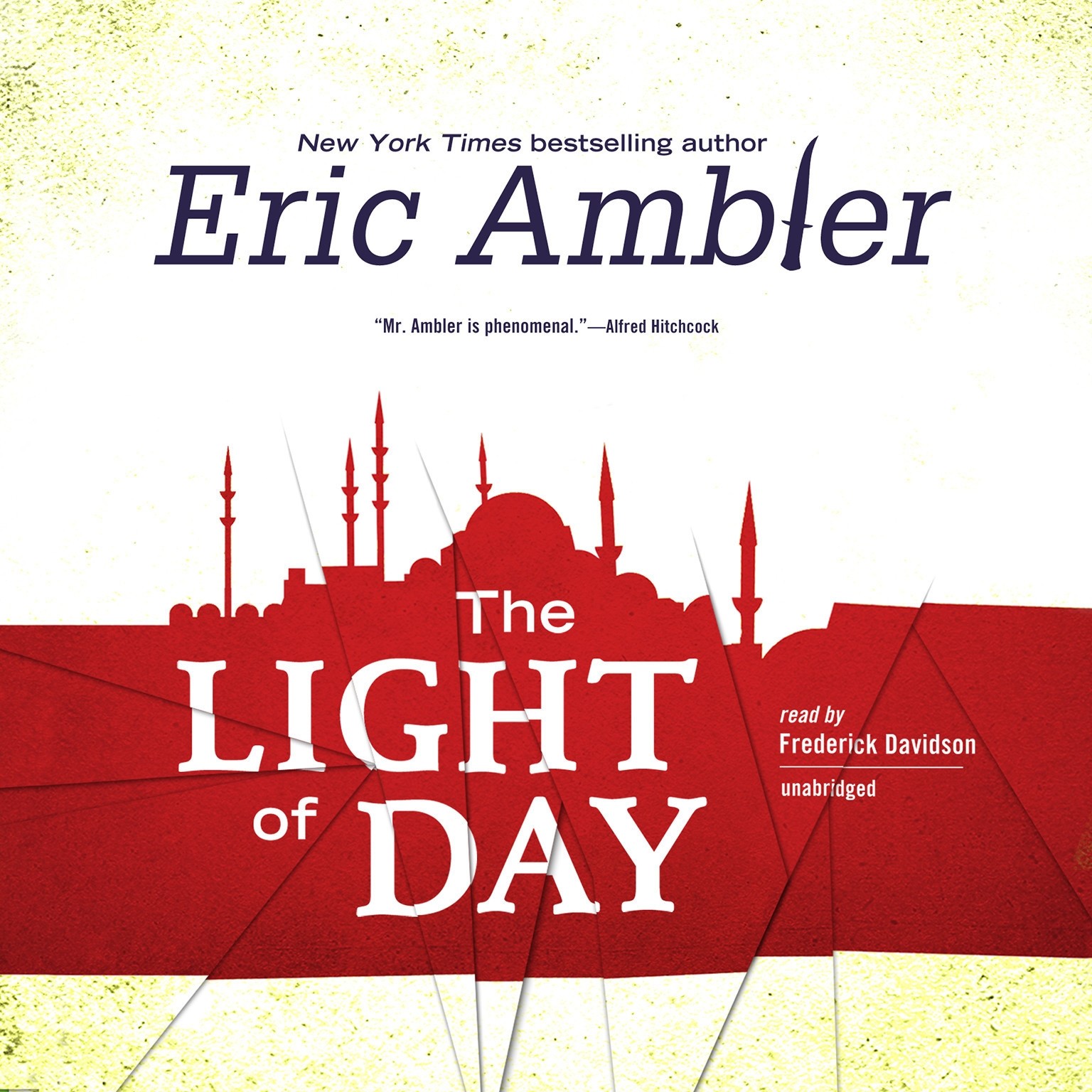 Eric Ambler's ‘60s thriller, apart from its quick plot and witty narrator, offers a vivid account of 1960s Istanbul with abandoned villas on the Bosporus, car ferry rides and the paranoia of political plots

"It came down to this: If I had not been arrested by the Turkish police, I would have been arrested by the Greek police." So opens Eric Ambler's 1962 novel "The Light of Day," and continues for some 250 pages in the same wry tone. As the first sentence of the novel makes clear, this a story told by a con man whose exploits are international, as is his provenance. We learn that he, Arthur Abdel Simpson, is the son of a British officer and an Egyptian woman, who managed to lose his citizenship to both countries. A heist from Topkapı Palace propels this novel's plot and was the basis of the 1964 film, "Topkapı." On the cover of the edition I read, there is a quote from the Sunday Times that says: "Ambler is incapable of writing a dull paragraph," and a biographical blurb in which John le Carre is quoted as saying that he is "the source on which we all draw." Ambler lives up to both recommendations, as his narrative is full of surprises along with the tropes we have come to recognize from spy thrillers.

"The Light of Day," while keeping up the pace of the thriller, never lets you forget that this is a story told by Simpson as he interlaces stories of his childhood and school years with the situations he finds himself in. He often has flashbacks to his "not exactly Eton or Winchester" public school days, particularly to when he commits petty crimes as a school boy who later has a few brushes with the law. As the first sentence of the story suggests, Simpson is a character who is caught up between forces he cannot control, a device that is Ambler's trademark. Throughout the narrative we see Simpson get in and out of contracts with several people, signing and calling off deals as he tries to get the most benefit out of a situation. What makes him likeable in the end is that the big jobs tries to go for unravel and he only manages to save his neck.

After the background is established, the novel's plot opens with Simpson finding out that as he is trying to cheat a tourist who "spoke like an American, too; or at least like a German who has lived in America for a long time. Of course, I know now that he is not an American" has actually been playing him. The "American" turns out to be a higher profile criminal who manages to blackmail Simpson into driving a car from Athens to Istanbul. Slightly defeated and yet not without hope, Simpson believes there can still be something for him in this "trafficking" business; the substance of which he fails to identify although he searches the car thoroughly. Then, things become a bit clearer when he is stopped at the border and the Turkish police find tear gas, respirators and grenades hidden in the car. What Simpson is trafficking becomes clear, but finding out to what purpose forms the rest of the story. Simpson, due to his problematic passport situation, has to do a deal with the Turkish authorities to work for them to find out what the grenades will be used for. Here too, Simpson goes back to his public school days, quite unannounced: "Out of date? But it can't be! I know I handed in my work with the rest, sir."

While all this is very cloak and dagger and entertaining, Ambler introduces several political threads into the story. When asked about his passport situation - he has an Egyptian one that the authorities have refused to renew- he says that he is still a British subject "under the provisions of the British Nationality Act of 1948" a year that calls to mind cataclysmic events in the Middle East. One almost feels for Simpson as one of those people who were displaced by the breaking up of the British Empire; particularly as he is of mixed parentage. His "homeland" issues are reflected, in an oblique way, in his negotiations with both the police and the organized crime team who try to recruit him for their plan, as he aims to calculate which side would be more profitable for him. Unusual for a European thriller set in Turkey, the Turkish officials, when they get to speak, are not stupid stooges but people with their own agenda. There are several references to the military coup that ended with the hanging of Turkish Prime Minister Adnan Menderes and to the state's determination to stall any political dissent against the new, military government. The pepper gas and the grenades naturally alarm the police, one Tufan in particular, and the political preoccupation sets the police on the wrong scent. Our natural born crook Simpson, however, understands from the start that the plot has nothing to do with politics and everything to do with making lots of money.

On orders from Tufan, Simpson manages to work his way into the gang as driver and starts living with them in a dilapidated villa by the Bosphorus. Ambler is spot on in the kind of people who own such places and the way they have basically been abandoned - one could easily be reading passages out of Orhan Pamuk's "Istanbul, Memoirs of a City." This sense continues when Simpson drives the gang to their various appointments in town and further afield, and these scenes are not unlike the long and tense family car rides by the Bosporus that Pamuk talks about in his memoir. The sense of nostalgia is heightened when Ambler mentions the times and queues for the car ferries that scuttle across the Bosporus, as he is speaking of a time when there were no bridges across the strait- hard to imagine now when there are not only three bridges but also plans for a second Bosporus in the outskirts of Istanbul. Ambler also has very well observed remarks and fun historical tidbits about Turkey that he works seamlessly into Simpson's chatty narrative such as Turks being "great borrowers of French words," that Dolmabahçe Palace is in very late Ottoman style, the excellent view from Pierre Loti café, the chain that straddled the Bosporus during the Turkish siege and Istanbul being a wood-burning city in the winter - a nostalgic smell one can still catch a whiff of in some neighbourhoods. There is even a reference to the war in Cyprus.

While the novel works in unexpected ways as an Istanbul period peace, it also lives up to Le Carre's claim that Ambler was the "source" for his own novels. A band of conspirators in a villa, with one member being kept in the dark reminds one of the setting of "The Little Drummer Girl," while the "tourist minder" turned member of the gang while reporting to the police is not unlike "The Night Manager." The gang's heist plan takes them to the historical peninsula several times and on the night of the robbery Simpson says the place looks hostile to him: "In the daylight, tourists with cine-cameras waste hundreds of feet of film on the view. I suppose it's very beautiful. Personally, I never want to see it again- in any sort of light." It's reassuring to know that although the city has not been 'built' to breaking point, some things never change and Istanbul is one of the most instagrammed cities on earth. There are no motorbike rides on the roof of the Grand Bazaar, no "souq" full of fruit and carpet stands destroyed by a car chase a-la-Bond. There are yachts, jazz bars and good fish restaurants. As such, it's a pleasure to drive around 1960s Istanbul with Simpson, even though an international criminal gang and/or the Turkish police might be on your tail.
RELATED TOPICS