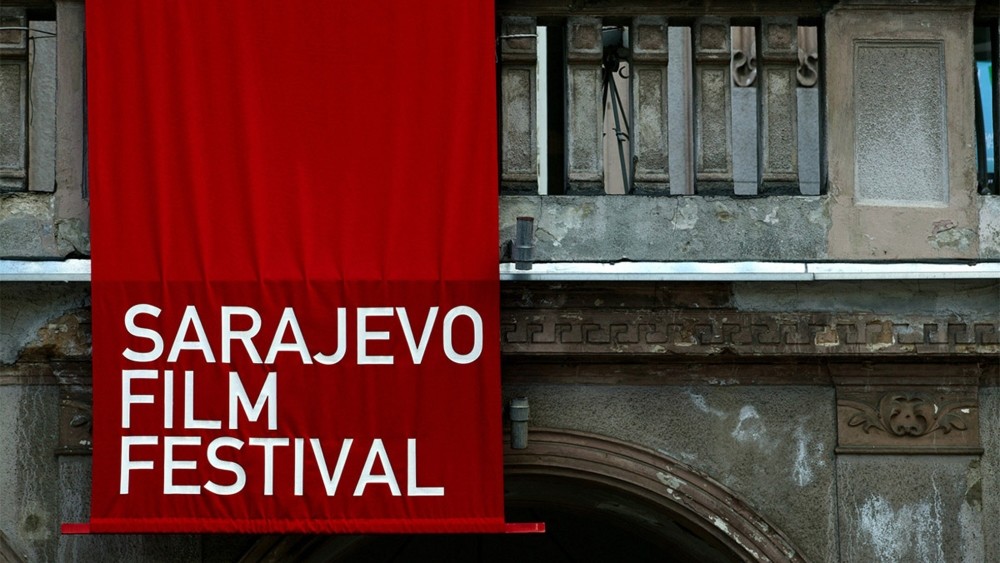 Turkish Radio and Television opens an ‘Industry Terrace' at the 22nd International Sarajevo Film Festival, to host CineLink events where accomplished actors and directors will take part in interviews and panels

In efforts to remove the traces of war in Bosnia and Herzegovina and make Sarajevo a culture and arts hub, the 22nd edition of the Sarajevo Film Festival (SFF) will host the "TRT Industry Terrace."

Speaking to Anadolu Agency (AA), Turkish Radio and Television Corporation's (TRT) Department of Television Vice President Halit Şimşek said the foundations of the film festival was laid during the Bosnian War: "The festival has a special place for the people of Sarajevo. The Sarajevo Film Festival was initiated to support the people of Sarajevo who were under siege back then. The film festival has been running ever since, making the Sarajevo Film Festival different from other film festivals in Europe."

Şimşek also touched upon Sarajevo's importance for Turkey, saying that the city is a special place for Turks. "Not only Sarajevo but Bosnia is a very special country. We have ancient relationships and friendships. We are brothers and sisters of both Bosnians and Sarajevian locals. Hence, I can say that Sarajevo has been always a special place for us Turks," he added.

Since the start of this year's festival, TRT officials have been in touch with festival coordinators to reinforce the bond between Turkey and Bosnia. Although TRT officials have been planning a project, scheduled to be initiated in 2017, festival coordinators insisted that TRT be a part of the Sarajevo Film Festival this year, as well. Stating that TRT and the festival committee are currently in talks regarding new projects, Şimşek said, "As you know, we have been through very tough times. We had to overcome a coup attempt. Even though the coup attempt failed, it hurt us very much. However, there is goodness in everything. While the Turkish nation poured into the streets for democracy watches following the coup attempt, the people of Sarajevo also came out to the streets to support us." He said that the support of the people of Sarajevo makes Turks very happy and proud. "To show our gratitude, we came to this year's festival despite everything we have been through," Şimşek noted.

TRT will organize various events throughout the festival in Sarajevo. The opening film of the festival, "Çırak" (The Apprentice) will be a directorial debut for Emre Konuk, co-produced by TRT and screened at the National Theater. Konuk's film received very positive feedback from Bosnian movie-buffs and TRT will host various events in the festival's CineLink section, which starts today. The TRT Industry Terrace is at the heart of the Sarajevo Film Festival, making it a core part of the festival.

Şimşek informed that representatives of the cinema industry from all over the world participate to the Sarajevo Film Festival and CineLink Industry Terrace and said: "CineLink is the meeting point of directors, producers and festival organizers. If everything goes smoothly, we will host this year's CineLink events."

Şimşek also said that TRT will present an award as a part of the "Work-in-Progress" section, adding, "The TRT Awards will offer 30,000 euros in financial support to one production. This award will also be the first step of many future collaborations with both Sarajevo and European film industries."

Festival coordinators will host an exclusive event for TRT on the closing day of the festival where new TRT projects will be announced as part of the plan to be overseen by the general manager of TRT. The 22nd Sarajevo Film Festival, which will also present the Heart of Sarajevo Award to veteran actor Robert De Niro, continues until Aug. 20.
RELATED TOPICS