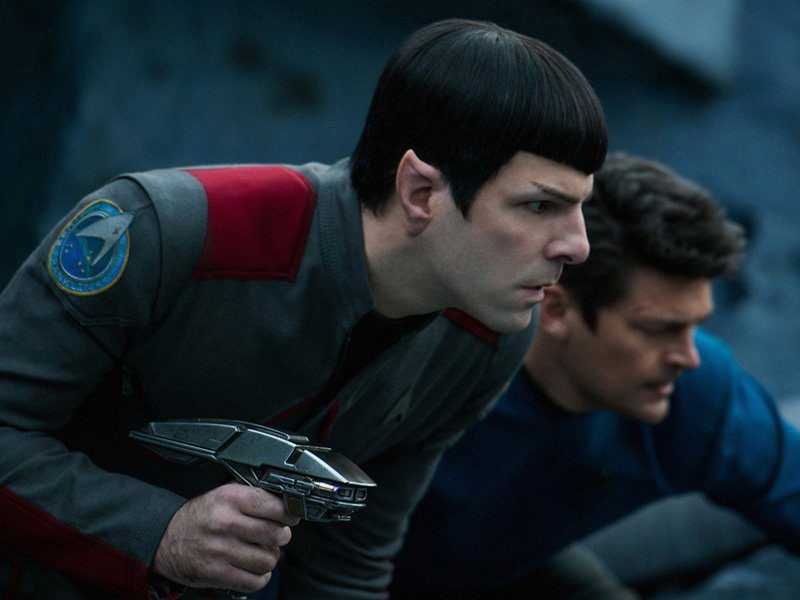 Speaking to the Anadolu Agency following the movie's screening, film critic Atilla Dorsay said the film had its own amazing technology."Everything is highly childish. I think people under a certain age limit will like this film," Dorsay said.

Noting that he watched Star Trek's TV series on TRT in the 70s, Dorsay said: "Star Trek comes back to life 30 years later. Of course there are many installments made in between, but it is not possible for me to get the former taste and pleasure. We got old. The franchise still preserves its childishness."

"Taking over the director's seat from J.J. Abrams, Justin Lin managed to keep the bar high in Star Trek. The last installment of a series beyond time and space, Star Trek [Beyond] remembered to salute its former installments," Baştimar said. "The film is convincing and tempting thanks to the technological support. The new generation's characters are not seen as strangers due to this temptation."

Starring Chris Pine, Zachary Quinto, Idris Elba and Karl Urban, "Star Trek Beyond" centers around the USS Enterprise crew who find themselves in an uncharted territory in the depth of space after completing the first three years of their five-year mission. USS Enterprise is nearly destroyed and Captain Kirk and his crew are in a desperate situation with no means of communication. Furthermore, they encounter a new powerful enemy who puts them and everything the Federation stands for to the test.
RELATED TOPICS