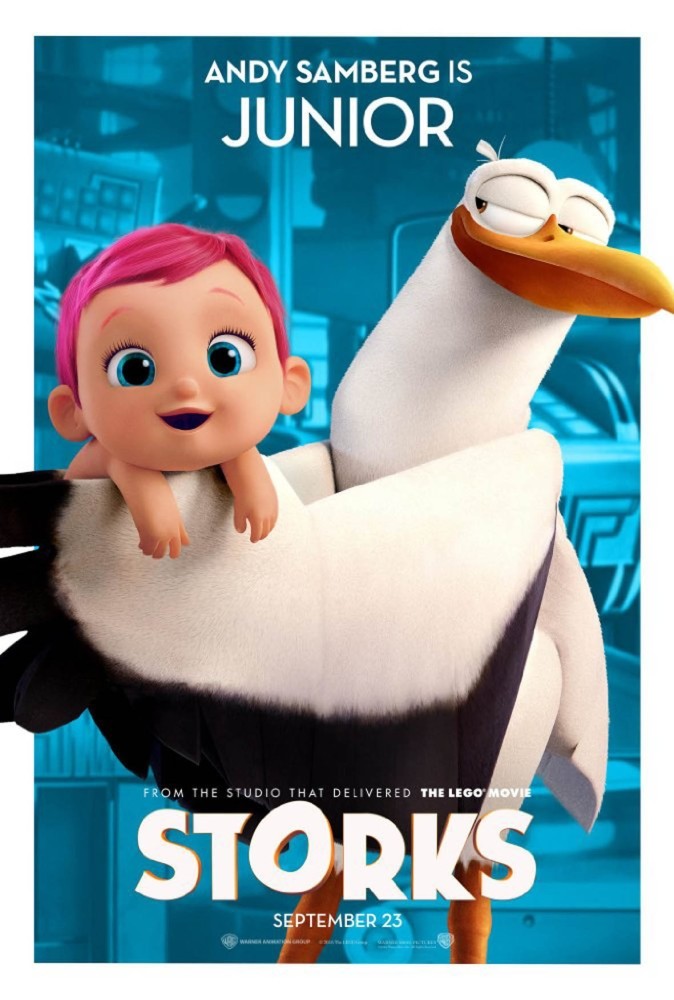 The Warner Bros. Pictures and Warner Animation Group film tells the story of storks that distributes packages for a global Internet company. Junior, the high-ranking delivery stork in the company, accidentally activates the "Baby Making Machine" and produces a baby girl when he is about to be promoted. Junior and Tulip, his only human friend at Stork Mountain, try to solve the problem, racing against time so that the boss will not know what happened.

"The Magnificent Seven," a remake of the 1960 movie of the same name, which was a remake of the 1954 Japanese film "Seven Samurai" by Akira Kurosawa, was directed by Antoine Fuqua and stars Chris Pratt, Haley Bennett, Denzel Washington, Ethan Hawke and Vincent D'onofrio.

The movie, which should appeal to action and adventure lovers, tells the story of seven outlaws trying to save a poor town from the siege of Bartholow Bouge. The group of seven includes Sam Chisolm, Josh Farraday, Goodnight Robicheaux, Jack Horne, Billy Rocks, Vasquez and Red Harvest -- bounty hunters, gamblers and assassins. While the seven prepare themselves for an anticipated attack against the town of Rose Creek, they rediscover their own values.

Known as a legendary witch story, "Blair Witch" is on screen after 16 years. This American thriller and horror movie was written by Simon Barrett and directed by Adam Wingard. Co-starring Brandon Scott, Callie Hernandez and Valorie Curry, the movie, a sequel to "The Blair Witch Project," focuses on the story of Heather, the sister of James Donahue, and her friends, who disappeared in Burkittsville, Maryland, 20 years ago. James and his friends Peter, Ashley and Lisa and their guides Lane and Talia head into the woods with their cameras to solve this mystery. Even though everything is right on track at first, they face strange things at night.
RELATED TOPICS