Turkish cinema rises from the south 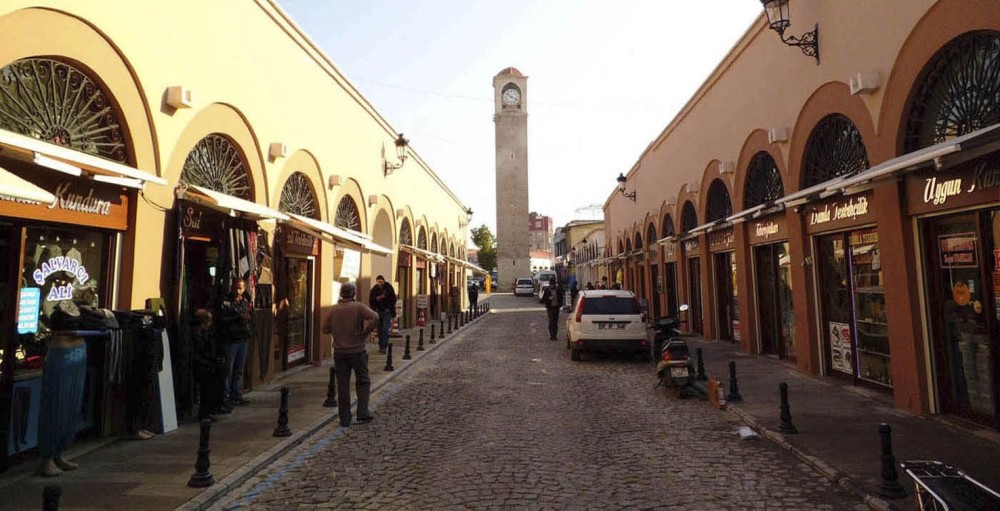 With its history and famous cuisine, the southern province of Adana offers more than its visitors expect, giving tourists more than one reason to visit thi wonderful city

Turkish Cinema is making its mark with successes in Turkey and around the world. And the festivals especially are big contributors to the success. The Adana International Golden Ball Film Festival, which ended last week, symbolizes Çukurova's product cotton and started first in 1969. While unforgettable names of Turkish cinema like Yılmaz Güney were remembered at the festival, held this year for the 23rd time, the Turkish cinema stars lost recently, like Tarık Akan, were also not forgotten. Awards were given to both young talents and expert names who gave their lives to Turkish cinema. The movie "Babamın Kanatları" (My Father's Wings) made its mark. The festival was organized by Adana Metropolitan Municipality and brought Turkey's best actors, actresses, scenarists, producers and directors together. Besides the movies and the stars who received awards, what spellbound everyone at the same time was, of course, Adana itself.

Don't wait for the Golden Ball Film Festival to visit Adana; you should visit Adana as autumn has just arrived and the famous heat wave in the city is gone. The first place you should visit without a doubt is the clock tower, which is the symbol of the city, and the stone bridge. The clock tower was built in 1882 and was a symbol of modernization at the time. This building, being the highest clock tower in Turkey, still maintains its glory. Another symbol of the city is the stone bridge. Connecting the Seyhan and Karşıyaka shores, the bridge is from the Roman period. It is said that the Roman Emperor Hadrian built it and that it received serious repairs during the time of the Roman Emperor Justinian. The bridge is on the Seyhan River and originally had 21 cubbyholes; is currently serving with 14 cubbyholes since the seven cubbyholes were submerged during developments to Seyhan River. It is known that there were crown gates, no longer there anymore, to both entrances of the bridge. The bridge was repaired a few times during the Ottoman Empire and continues to serve today as well. The bridge spans 310 meters in length and 11 meters in width. It has the title of the oldest bridge used in the world.

Right across the bridge, on the other hand, you can see the Adana Merkez Mosque, with its six minarets built by the Sabancı family, and stop by the Movie Museum opened during the 18th Golden Ball Film festival and located nearby. The museum offers a nostalgic tour of the Turkish Cinema.

It wouldn't be right to not eat kebab, since you're already in Adana. The restaurant to get to, reached by following the road along the Seyhan River, is located in one of the most elite neighborhoods of Adana. Palm trees at the lake shore are spectacular. What got my most attention were the sun bathing platforms on the lake. There is a beach chair, table, chair and barbecue on the platform. In other words, you can sun bathe and have a barbecue in the middle of the sea. But the most enjoyable place in my eyes is Onbaşılar Kebab Restaurant, which has a spectacular view of Lake Seyhan with its location dominating over the hill and is a perfect food heaven. A meter long Adana kebab and marinated chops would be my suggestion. Among the appetizers, on the other hand, I loved the ciğ köfte with isot and onion salad marinated with pomegranate syrup the most. The kebab meat is made from minced meat and cooked on coal. You must drink spicy hot salgam next to it. After dinner, if you are not too full, you definitely must try the restaurant's "kadayıf." But if that is too filling, try the desert called bicibici, which is made of powder sugar, ice and fruits. You can get it in the city center; milk with banana is pretty popular. For shopping, the suggestion is to buy the praying beads, shalwar and a flat cap. You can find all of these at the historical stores at the old market area.

Another festival outside of Adana which introduces Turkish movies to the world and hosts foreign movies is the Golden Orange Film Festival. This year, successful producer Elif Dağdeviren is the director and the festival will start on Oct. 16. I believe Antalya, which was impacted this year by the tourism crises, will start to recover with the International Antalya Film Festival. It is organized by the Antalya Metropolitan Municipality and is greatly supported by the current mayor, Menderes Mehmet Tevfik Türel. In short, the film festival sun rises from the south. Discover and watch all the movies first chance you get!