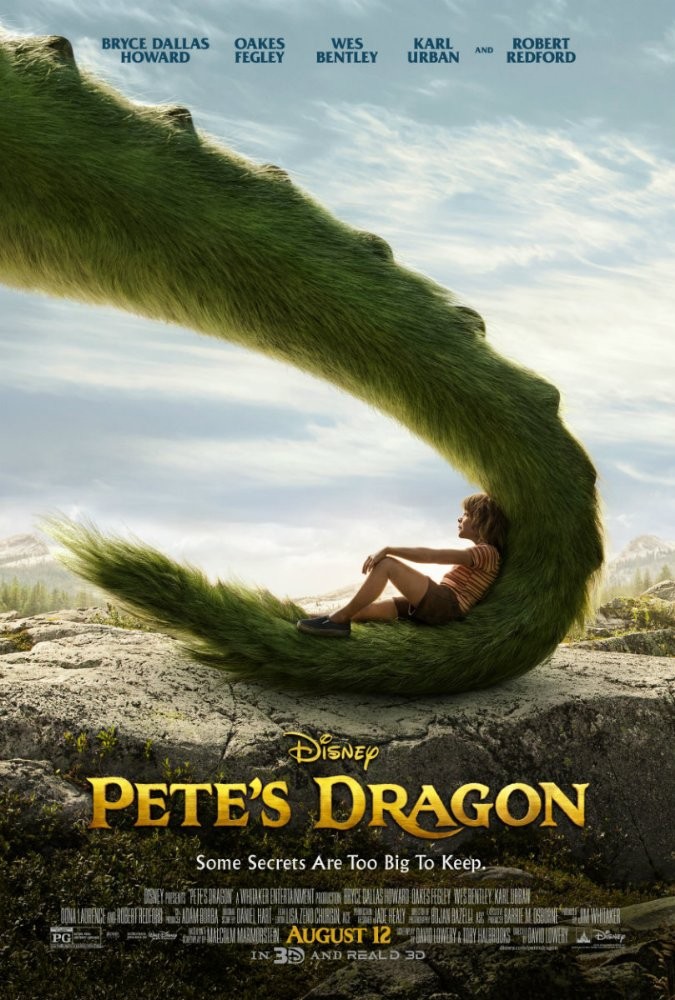 Starring Oakes Fegley, Oona Laurence, Bryce Dallas Howard and Robert Redford, "Pete's Dragon" is about the adventures of an orphan boy named Pete and his best friend and dragon Elliot. The film is a remake of the 1977 namesake musical film written by Malcolm Marmorstein. The film is directed by American filmmaker David Lowery.

Written, directed and produced by Birol Güven, the Turkish production "Pamuk Prens" features Tamer Karadağlı, Arzu Balkan, Pınar Altuğ and Yağmur Atacan in the leading roles. The comedy film is inspired by the real life story of actor Karadağlı and all the actors in the film play themselves. Karadağlı's ex-wife Arzu Balkan and their daughter Zeyno also accompany the leading actor. The film was shot in Venice, Italy.

Starring Zafer Algöz, Şebnem Bozoklu, Şahin Irmak, Onur Buldu, Cem Gelinoğlu and Yağmur Tanrısevsin, the sequel film "Yok Artık 2" is directed by Caner Özyurtlu. While the first film focused on the people who meet in a taxi and the incidents that follow, the new film is set in a barber shop. Barber Adnan begins to tell a story to his customers about the funny and strange encounters that took place in his shop.

Bayram who lives with his parents and grandmother wants to go to his friend's wedding, get drunk and talk to a girl name Sinem whom he is madly in love with. Sinem who is a young and successful business woman works as the marketing and advertisement manager of the biggest soda brand in the country. Bayram believes that creating his own soda brand is the only way to get to Sinem and sets off for an impossible quest to live happily ever after with the girl he loves. Written and directed by Erdi Dikmen, the Turkish comedy film "Bayram Abi" stars Barbaros Dikmen, Ayhan Taş, Ecem Karavus and Sinem Ekşioğlu.

The Girl On A Train

Adapted from Paula Hawkins' best-seller novel, "The Girl On A Train" is about Rachel Watson who divorced from his husband. Every day, she takes the train in to work in New York, and every day the train passes by her old house. The house she lived in with her husband, who still lives there, with his new wife and child. She creates a wonderful dream life for them in her head, about how they are a perfect happy family. And then one day, as the train passes, she sees something shocking, filling her with rage. The next day, she wakes up with a horrible hangover, various wounds and bruises, and no memory of the night before. And suddenly she learns that the wife of her ex-husband is missing. Starring Emily Blunt, Haley Bennett, Rebecca Ferguson and Justin Theroux, the film is directed by Tate Taylor.