Oetzi the Iceman: One of the world's oldest murder mysteries coming to cinemas 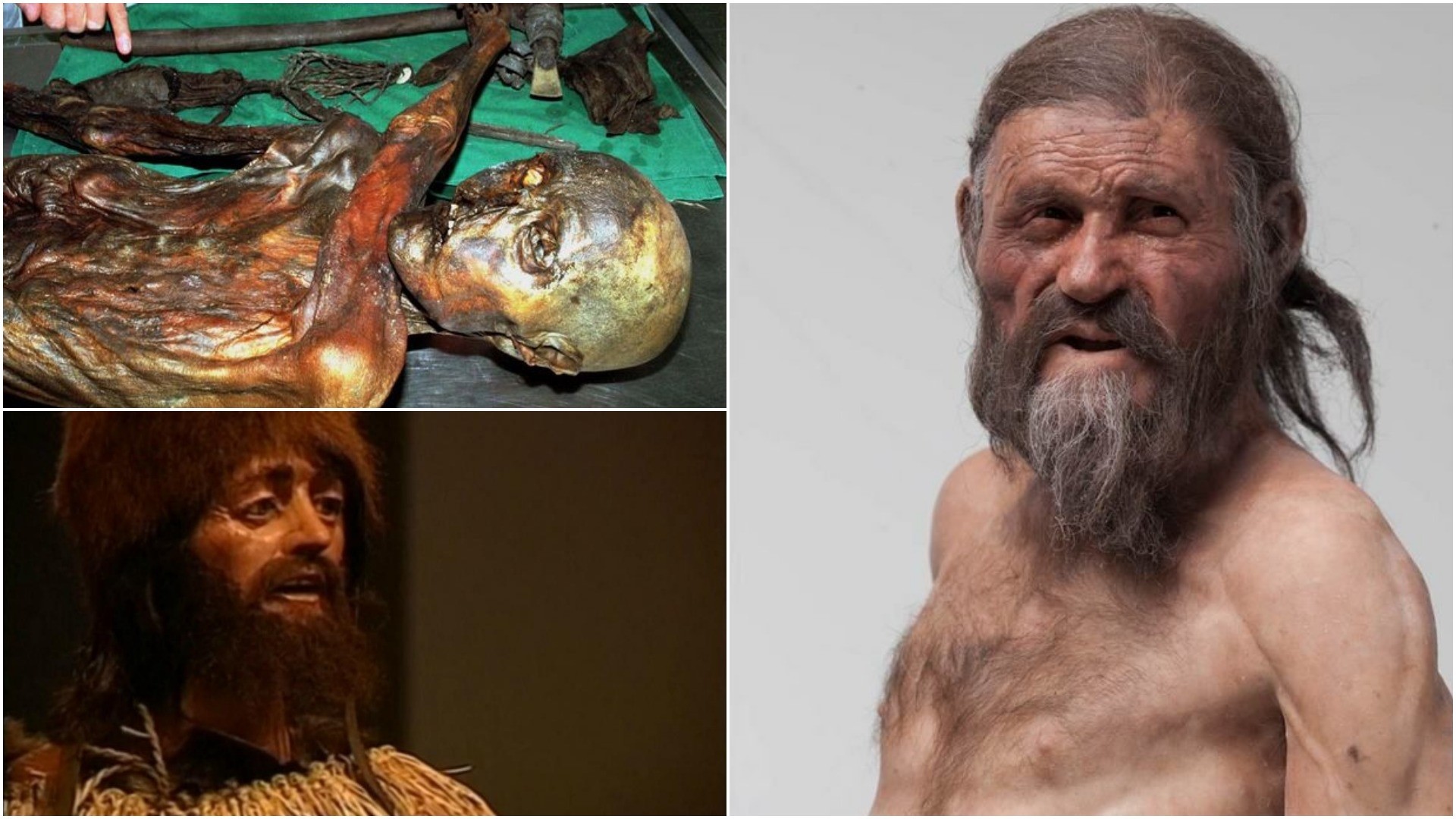 Combination of images shows the 5,300-year-old well-preserved mummified body of Otzi and reconstructions of what he might have looked like. (FILE Photos)
by Oct 11, 2016 12:00 am

More than 5,000 years after his murder, the death of Oetzi remains a mystery. But what little facts scientists know are now forming the basis of a film, set to dramatize the story of this famous frozen iceman, found dead in the alps millennia after his murder.

Scientists have examined the contents of his intestines, his finger nails, his soot tattoos and his teeth.

Oetzi the Iceman suffered from tooth decay, degeneration of the spinal column, a genetic predisposition to heart disease and was lactose intolerant.

He ate ibex, a type of wild goat, wore goatskin leggings and was in possession of a valuable copper axe.

The discovery of Oetzi's body, with an arrow lodged in his shoulder, by two hikers on the Austrian-Italian border in 1991 caused a worldwide sensation.

He had been murdered 5,300 years earlier, in the Copper Age, and his body was preserved in ice, along with some of his clothing and belongings.

But what was the Iceman doing running around in the inhospitable environs of the Oetztal Alps? What kind of person was he?

Nothing is known about his character, his thoughts and feelings or how he came to be murdered.

But now director Felix Randau has decided to fill in the gaps, and is making a film to tell his story, with the working title "Iceman: The Legend of Oetzi."

"He's a leader, a local chief. Almost a sort of witch doctor," says produce Jan Krueger. "He's a spiritual and affectionate person who has everything taken away from him."

Kelab leaves his village and his family to go hunting. When he returns, he finds the settlement burnt to the ground, his wife Kisis, played by Susanne Wuest, and his son Rasp are dead and the holy totem of his clan has been stolen.

Only a small baby has survived. Kebab takes it with him and swears revenge.

That's what could have happened to Oetzi, according to Randau, who carried out extensive research for his script.

That included interviewing archaeologists at the museum in Bozen, Italy, where Oetzi's mummy is kept in a special cold chamber for visitors to peer at.

Vogel, a 48-year-old actor estimated to be around the same age as Oetzi when he died, learnt to shoot with a bow and arrow for the part. He also undertook strength and stamina training, while following a so-called paleo diet, which cuts out sugar and other processed foods.

Physically he's a good fit for Oetzi, he says: he's got tattoos of his own and he's on the short side. In addition, "wigs suit me."

It takes two hours to turn Vogel into Oetzi; a wig, leather clothing, and a new set of teeth - the Iceman suffered from gum disease and had a broken front tooth.

Krueger says Vogel's great facial expression and his on-screen presence were decisive in casting him. "That's our Oetzi."

Filming took place in Schnalstal in South Tyrol, just a few kilometres from where Oetzi's body was found.

The film crew has built a Copper Age village to burnt down by actors playing enemy nomads in neighbouring Passeiertal.

The crew is currently filming in Bavaria, southeastern Germany, with Vogel trudging though the rough terrain of a ravine as Kelab hunts for the murderer of his loved ones.

He meets a man called Ditob (Franco Nero) before finally coming face to face with his enemy Krant (Andre Hennicke).

Scientists have suggested that Oetzi could have been fleeing from something when he died and, because of an injury to his right hand, that he had been involved in some kind of fight the day before he died. He had walked for days in an inhospitable and mountainous area.

But just a couple of hours before he died, he had also feasted on an ibex, found in his intestines by scientists more than 5,000 later.

Detectives suspect his murder was an act of betrayal.

Whether it was someone he knew, a contract killing or whether a woman was behind it, we'll probably never know. But it leaves lots of room for imagination.

The names and language used in the film were developed with the help of a linguistics expert. The people who lived in the area may have spoken the ancient language Rhaetic, according to Krueger.

There isn't a lot of dialogue in the film, just a few words and half sentences. The scenes shot in the spectacular mountain and glacier landscapes should speak for themselves.

So can we expect a happy ending? We'll need to wait until 2017 for an answer. The premier is set to take place at an international film festival next year before the film hits cinemas towards the end of 2017.