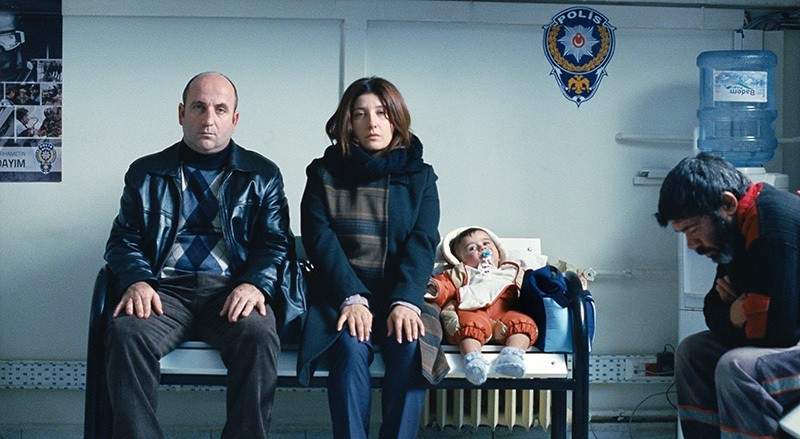 Mehmet Can Mertoğlu's debut feature film "Albüm" (Album) was screened as part of the 53rd International Antalya Film Festival on Tuesday. Having won various awards at international fairs around the world, the critically acclaimed "Album" is one of the favorites in the National Competition at the festival 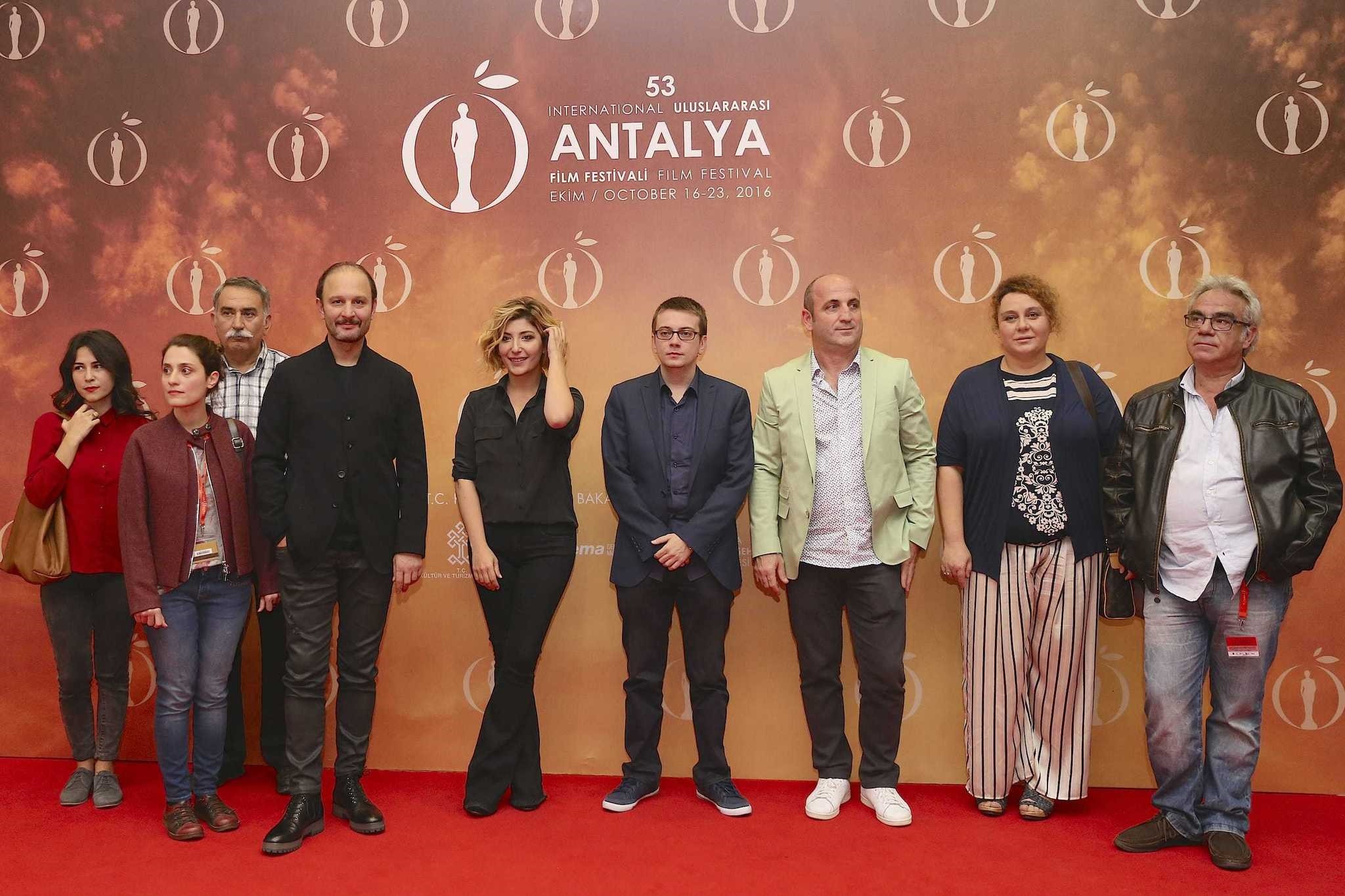 Directed and written by Mertoğlu, who previously shot two short films titled "Fer" (2011) and "Yokuş" (The Slope, 2008), "Album" is the director's debut feature. Centering around a couple who are trying to create a photo album of happy memories during a fake pregnancy to falsely convince people about the biological tie to their adopted baby, the film depicts Turkish society through adoption. While "Album" offers a unique perspective on the lives of ordinary middle-class people through obvious and familiar stereotypes, it captures human nature in a surreal setting. Starring Şebnem Bozoklu and Murat Kılıç as the disturbing couple, "Album" aims to offer a different point of view toward the bureaucracy's painfully slow process of adoption and familiar problems of the familiar people we see every day around us by taking the audience on a disturbing journey with sudden changes of emotions.

Offering an unprecedented perspective never experienced before in Turkish cinema, along with its cinematography and directing, the film follows tax office worker Bahar who is working with defeated employees, and Cüneyt, a high school history teacher unable to keep his students under control and disciplined in the class, making the audience wonder what kind of father he will be. While our protagonists try to be a "relatively" normal and full family, in their own opinion, by having a baby, life passes by with constant and meaningless small talk filling up the air.

Holding a panel following the film's screening as part of the festival's National Competition category on Tuesday at the Antalya Atatürk Culture Center's Aspendos Hall, the film's director and cast answered the audience's questions.

When asked if he had guessed the film's success prior to all of the awards that the movie received in the international festivals, the film's director Mehmet Can Mertoğlu said he did not think about it at first, but stressed that he was glad to receive such positive results and reactions from around the world in different locations. He also noted that the screening in Antalya was very important to them, since the film was mostly shot within the city.

Regarding the hardships he encountered while shooting his first feature film, Mertoğlu said he has always been interested in history and he chose to center his story on this subject through a family going through an adoption process. Defining his film as a black comedy, the director recalled that they used real sets during filming and benefited from the reactions of real characters to make the scenes more real and familiar. He suggested that his aim was to raise awareness on the issue of the adoption process, saying he wanted to narrate the story with a "stream of consciousness" method mostly used in literature. In this method, the lines are used as non-diegetic sounds while the actors portray their part in silence. It is not important who said what since everyone speaks with one voice in certain scenes, the director said.

The film's female lead Bozoklu said, on a question regarding the subject's familiarity, a script is where actors and directors meet. "When I first read the script, I thought it was unprecedented and had its own style. I was so anxious to read the rest of the story. The concepts of family and society depicted in the story are very real. We live with these people," Bozoklu said.

Stressing that there was a "discovery" in the film, it had a message and it portrayed it well, the film's male lead Murat Kılıç said, "We should look at the film more closely by assessing it as a mirror to our society in which we all live."

Muttalip Mujdeci, who portrayed the chief police officer in the film, said during previous festivals they attended, people thought they were real officers since people all experience the same things in this absurd bureaucratic system.

Starring as the Child Protection Agency director in Antalya, Müfit Kayacan said Mertoğlu made a period film that reflects this society through a black comedy, suggesting that we need to get rid of our complexes to fully comprehend its concepts.
Last Update: Oct 20, 2016 10:44 am
RELATED TOPICS