Depardieu misses out on Int' Antalya Film Festival, hoping to receive his award next year 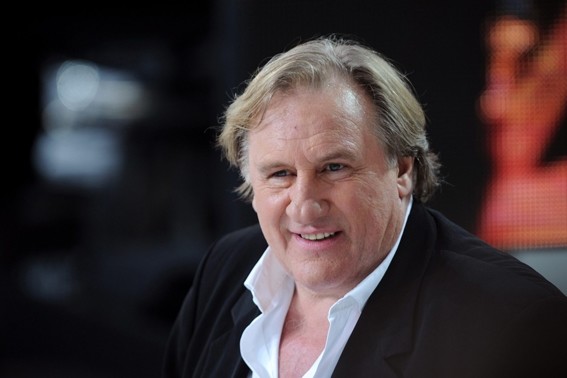 by Anadolu Agency Oct 21, 2016 12:00 am
French actor Gerard Depardieu announced on Wednesday that he will not be able to attend to the closing ceremony of the 53rd International Antalya Film Festival where he was scheduled to receive a Lifetime Achievement Award. Although the actor was scheduled to attend the festival following his shooting of a recent commercial, Depardieu announced that he will not be able to travel to Antalya.

He said, "The Lifetime Achievement Award, presented by the International Antalya Film Festival, is extremely important and dear to me. I hope to be able to come to Antalya next year and receive my award in person. I apologize to everyone, including the International Antalya Film Festival committee, who considered me worthy of this award, for not being able to attend to the ceremony."

Depardieu began his acting career with small traveling theater companies and was cast as the lead actor of Bertrand Blier's "Les Valseuses" in 1971. The actor who played numerous roles, both in dramas and comedies, has not only starred in French cinema, but also Italian, Russian, German and Central Asian film productions. His film "Le Derniere Metro" (The Last Metro) was nominated for both the Academy Award and Golden Globe Award for "Best Film in Foreign Language." The acclaimed film also brought the "Best Actor" award to Depardieu at the Cesar Awards. His performance in "Cyrano de Bergerac" brought him an Oscar nomination as well as "Best Male Actor" awards at Cannes Film Festival and Cesar Awards. With his performance in "Police" and "Greed Card," Depardieu won the Golden Globe for "Best Male Actor."
RELATED TOPICS