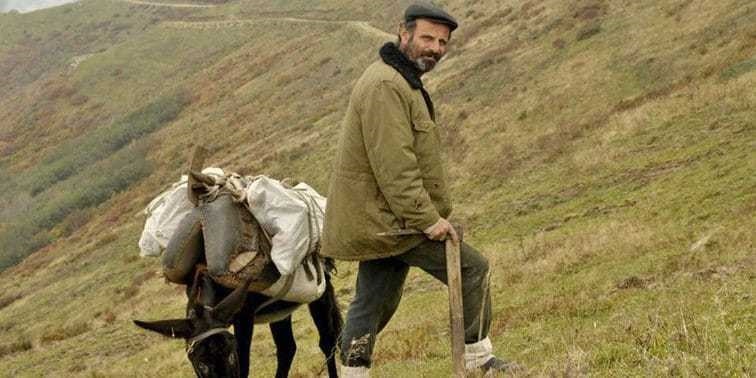 Written by Bilal Sert and directed by Mustafa Kara, the award-winning film, which premiered at the Tokyo Film Festival in 2015 and won the award for Best Director, stars Haydar Şişman, Nuray Yeşilaraz and Hanife Kara. "Cold of Kalandar" presents the story of Mehmet and his family, who reside in a mountainous Black Sea village. Reality and dreams mingle in the film, as Kara tries to enlighten a mysterious and poetical relation by delving into the depths of humankind and nature. He sometimes touches upon loneliness in nature and sometimes the harsh feeling of poverty. What is extraordinary and influential is that everything in front of the camera is real, including the places, feelings and characters.

Mehmet breeds animals in the village to earn a living, while passionately searching for mining reserves in mountainous areas. His passion turns out to be a fruitless effort, yet he finds more excitement in life by bullfighting in Artvin. The story might seem like an ordinary example of life's struggles, yet the film depicts a delicate portrait of the relationship between humankind, animals and nature through a touching life story.
RELATED TOPICS