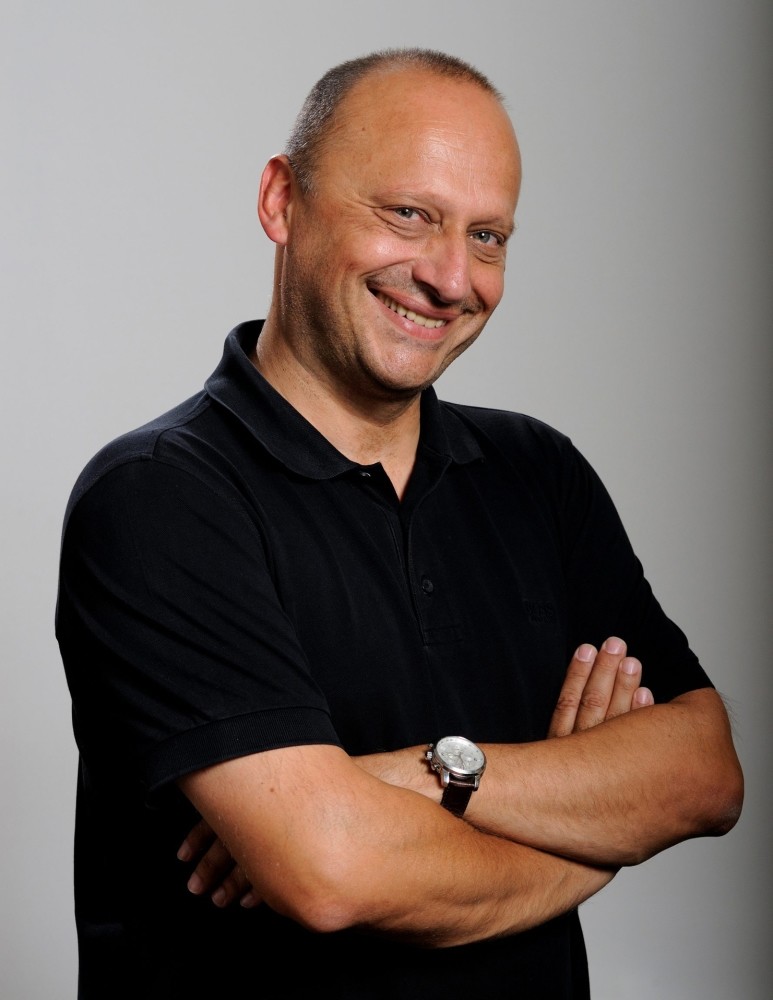 Bosnian producer Mirsad Purivatra was one of the respected jury members of the the 53rd Antalya Film Festival, which was held this year between Oct. 16 and Oct. 23. An accomplished cinema professional, Purivatra initiated "war cinema" after the Bosnian war of 1992-95, which caused the death of hundreds of thousands while leaving many people injured, homeless and suffering from rape and other human rights violations. Founding the Sarajevo Film Festival with international filmmakers and directors from around the world during the war, Purivatra has been its director ever since, helping the economic, cultural and emotional development of the city post-war.

DAILY SABAH: You are the creator of what is known as "war cinema." Hundreds of thousands of people were killed, many injured, many persecuted. You made a huge effort to keep cinema alive during the war. Do you think cinema is a means of survival?

MIRSAD PURIVATRA: Bosnia, especially Sarajevo, has had a unique history in the last 25 years. Because the town was besieged for almost four years, and this creates a completely different environment with no electricity, with no food, with no heating. You are forced to fight to physically survive because you are under bombing, despite all the problems I mentioned. Then additionally, you are under bombing, you are under sniping and every day we had dozens of people killed. But maybe after three to six months we started discovering completely new things in our lives beside food or home, we also had to keep our mental health. To have a normal life, you need culture and other activities. It is something that belongs intrinsically to human beings. 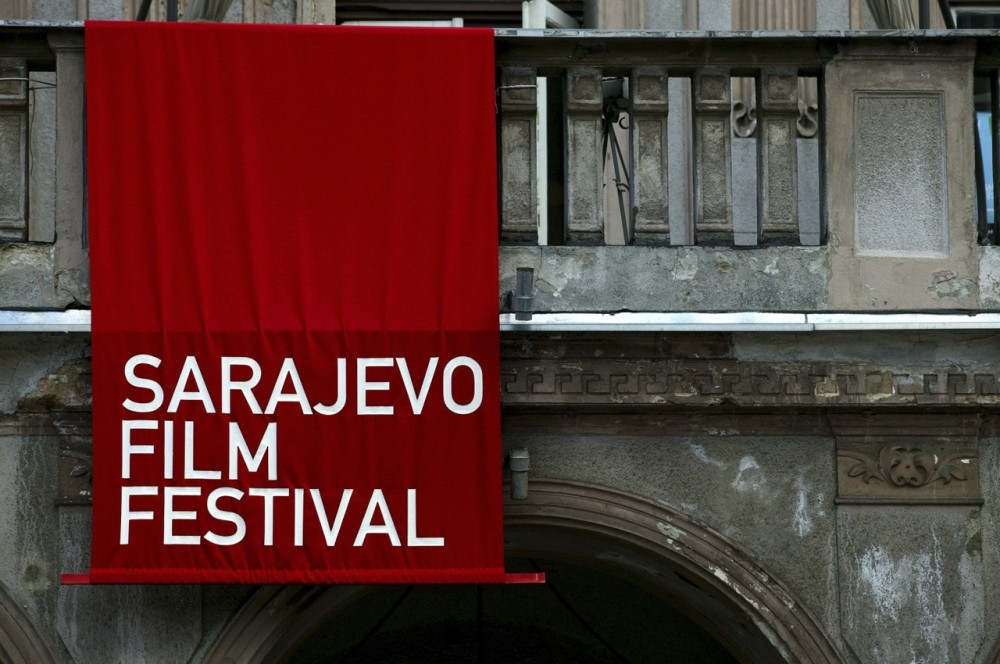 Culture is a normal part of life, and that's how we started, because we were really into culture and we started with some activities including the easiest at that time -some kind of visual art and installation. Later we decided to create a "war cinema" because with no electricity, you don't have the option to show any films. We were not able to shoot a 35 mm film and show it. Later, with the support of some international people we got a generator and we were able to show VHS films at that time. That started to be the most important thing for citizens in Sarajevo. They recognized cinema as the way not only to see films but also be together, meet each other and exchange information. From the preliminary idea of a one-week screening, we had one month of daily screening and it was the most important thing and that's how we developed the festival. People got together and felt really good watching the films and speaking about something else in spite of all the tragedies.

D.S: Were those films about tragedies of war?

PURIVATRA: At that time we had only the library of the Academy of Drama, and we saw some of the classics. Then later, prestigious film festival directors came to Sarajevo bringing new films during the war. They risked their lives coming to share films with us. It was such a great sign that film is really above all circumstances, and that cinema can unite people, honest people; people who are ready to fight for better a world. And then speaking with all of them, we decided to create a Sarajevo film festival. It definitely started to be a very important festival because we had a vision and certain goals. And Sarajevo is a very unique and interesting city in which you can send messages and discuss different topics. I think it is a nice mix of the history of the town and the siege of the town and the values we had in Sarajevo. 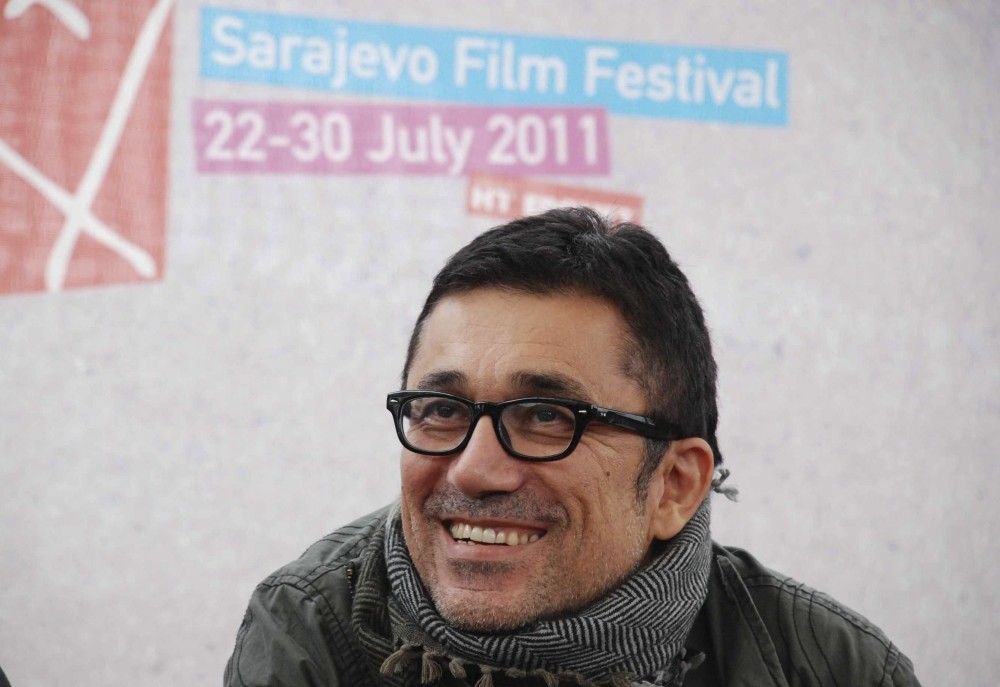 Purivatra co-produced a film titled "Once Upon a Time in Anatolia," directed by Nuri Bilge Ceylan, with whom he has another upcoming film project on family relations.

D.S: Do you think the Sarajevo Film Festival has created added value for the city in terms of economic and cultural gains?

PURIVATRA: Yes, it was a win-win situation that Sarajevo's film festival every year sends a very clear and very powerful message that Sarajevo is an international and cosmopolitan city that is open-minded and open to discuss all kinds of topics. We have to emphasize that Sarajevo is a heroic city because not only did we succeed in keeping our way of life, but we are also very proud that we did not take any kind of revenge toward Orthodox and Catholic churches. Sarajevo is a multicultural city that sets an example of life together, respecting different cultures and different religions.

The festival is the place from which we send messages. We have Human Rights Day, we have Environment Day. Now we are taking initiatives to speak about hidden stories from the former Yugoslavia about the war. Because I think we have to deal with the past in a peaceful way. That's our intention. And I am quite happy that we created the festival which during nine days sends hundreds of thousands of good reports from all over the world. We have changed the perspective of the city and it also has an enormous economic impact on the city. So many people are coming and enjoying the city, visiting, and taking tours.

D.S: How has the war and post-war trauma affected Bosnian cinema?

Every war produces so many stories, many testimonies, many unfortunate tragedies that we cannot close our eyes to. I think it is such a huge topic that so many filmmakers decided to speak about this. We have so many documentaries. I have to say that in maybe the first 15 years after the war, the main topic was the war, trauma. Now, I think we face more post-war stories -20 years after the war we have the first generation who are in some way facing consequences of the war. I think we have maybe two periods. The first 15 years was more or less war stories. Now we have more and more post-war stories about our society twenty years after the war.

D.S: How do you feel about co-producing the Turkish film "Once Upon A Time in Anatolia," directed by Nuri Bilge Ceylan?

It is a pleasure and honor to be part of regional Turkish cinema, which I consider one of the most interesting and most vital film industries in Europe. Nuri is no doubt the leader, but we have a great younger generation coming every year. This year, the Turkish feature film "Album" was winner at Sarajevo and we are very happy to see the new directors coming out with new projects and we follow Turkish cinema very closely. Also, we are very happy to launch a new project with TRT which is supporting a local production with feature films on the global screen. We are encouraging young filmmakers from the former Yugoslavia. TRT is giving a grant to produce one low-budget film in the former Yugoslavia and we are looking for projects.

Nuri Bilge is simply a genius and one of the most interesting artists coming from photography to his visual style, his film language and his fantastic way with dialogue. Everything is composed in some kind of beautiful final product, which is a film. I very much enjoyed working together and celebrating in Cannes, Sarajevo and everywhere.

D.S: Do you have any upcoming projects with Turkish directors?

PURIVATRA: I am not doing that many productions. I usually work with directors I admire and people with whom I can be more than just partners and share ideas and vision, general views on the world. I am happy that we agreed to work with Nuri Bilge on a new project. I am happy to work again on a beautiful script. It will come out at the end of this year and I think it will be shown at the Berlin or Cannes film festivals. The expectations are very high after the Grand Jury Prize, and Golden Palm. I am quite sure that Nuri will do a fantastic job. It is a beautiful story about family and Turkey today.

D.S: How do you evaluate the Antalya Film Festival?

It is my first time here and I enjoy it very much. I think it is a great festival. As a juror I have a chance to see the competition films but there are also so many other films that the audience and professionals can see. This is a really beautiful place with a great potential to develop even more film festivals. On the other side, for industry, the Antalya film forum is becoming the crucial place for the development of networking for the rest of Europe and the world. I think it has such great potential with 200 guests coming here, and we can see different projects from Turkey and in development. Antalya is almost a must for all professionals in Europe who want to see new talent coming out of Turkey.
RELATED TOPICS