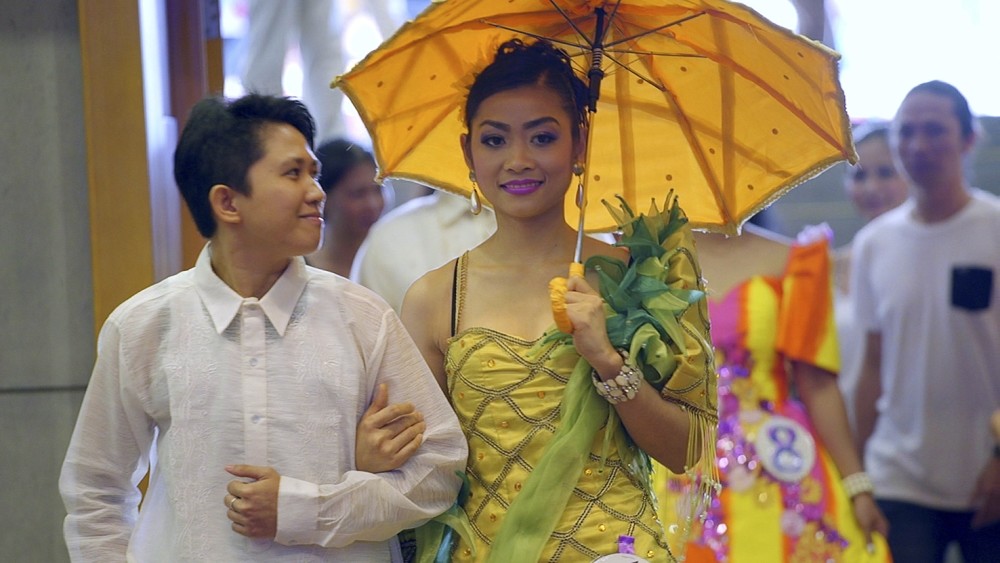 by Oct 26, 2016 12:00 am
Cyril Goliava cut an elegant figure in her yellow evening gown as she won a beauty pageant in Hong Kong, smiling to cheers from the crowd as she was presented with a tiara and trophy.

But the euphoria faded as the Filipina beauty queen removed her purple eyeshadow and fake eyelashes on a bus ride home, and thought of her week ahead.

"When I go home, it's sad all of a sudden because your time with friends is over," Goliava said.

"It's another week of work. Six days of stressful work, I'll be eating alone again and a full day of a repetitive job."

The story of Goliava, a Filipina domestic helper, and her fellow workers is the subject of a new documentary that seeks to shatter stereotypes about the millions of women employed in households across the world.

Directed by filmmaker Baby Ruth Villarama, "Sunday Beauty Queen" follows five domestic workers as they gear up for the annual Miss Philippines Tourism Hong Kong, a pageant organised by the maids in the Asian financial hub since 2008.

The 94-minute documentary, which took four years to make, attempts to tell the women's story from a different angle instead of the usual "depressing" way, Villarama said,

"I want to break the stereotypes and the usual approach when it comes to how we tell the story about them," the filmmaker said by Skype from Manila.

"Along the way I learnt that it's not about escaping from the world they have, but it's about making something out of their struggle and finding their own happiness. It gives them a sense of purpose."

There are over 300,000 foreign maids in Hong Kong, mostly from the Philippines and Indonesia, who live with their employers and typically toil 16 to 20 hours a day, six days week.

Sunday is their only day off.

For Goliava and fellow Filipina helpers, Sundays are filled with catwalk coaching and rehearsals, giving them respite from tough jobs by taking part in the annual contest and the events leading up to it.

The film shows their exhausting daily routines, their relationships with their employers, and the hardships they face.

These range from exploitation and strict employment rules that discourage helpers from reporting abuse, to their treatment, such as being barred from sitting on the sofa or forced to sleep in the kitchen.

One maid competing in the pageant lost her job after she failed to get home one Sunday by her 9 p.m. curfew.

Although Hong Kong's foreign maids have better protection than their counterparts in other parts of Asia, social exclusion and mistreatment in the city have come under scrutiny since the 2014 case of Erwiana Sulistyaningsih, an Indonesian maid beaten by her employer and burned with boiling water.

A study released in March found that one in six foreign domestic workers in Hong Kong is a victim of forced labour and that a significant proportion have been trafficked.

Meanwhile, anti-migrant sentiment surged after two Filipina helpers launched a failed legal battle in 2013 for the right to permanent residency in Hong Kong.

But not all Hong Kong residents are prejudiced towards foreign domestic helpers, as the film shows.

Jack Soo, a 67 year old who lived alone with his helper Mylyn, one of the beauty pageant contestants, said in the film that Hong Kong would "be in trouble" without foreign maids.

Villarama hopes the film draws attention to the contributions of foreign domestic workers and changes the way they are treated.

"The beauty pageant is a light story, but behind that, there is a reality we have to confront," the director said.