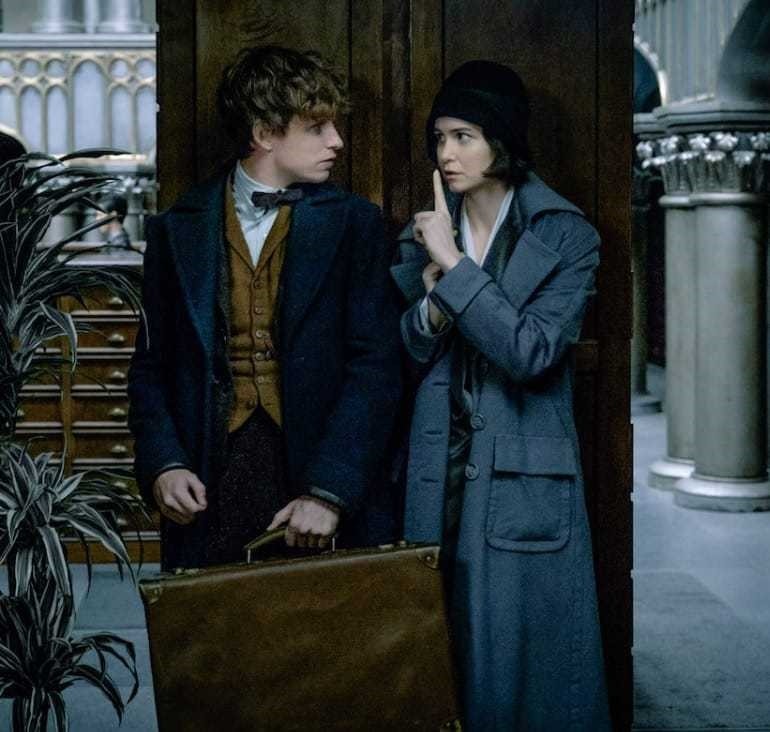 by Nov 09, 2016 12:00 am
"Harry Potter" fans will be welcomed back to the wizarding world next week with cute and mischievous magical creatures causing havoc in New York City in "Fantastic Beasts and Where to Find Them," but there's deeper, darker unrest in the magical world.

"Fantastic Beasts," opening in theaters on Nov. 18, is the first of five new films from "Harry Potter" author J.K. Rowling, penned exclusively for the big screen and preceding the Potter stories by around seven decades.

Set in 1926, the new film centers on Oscar-winning Eddie Redmayne's Newt Scamander, an introverted "magizoologist" who arrives in Manhattan with a case full of magical creatures that quickly escape.

Oscar-winning British actor Redmayne, 34, said he and Rowling had a "riveting" discussion on the quirks and mannerisms that would define Scamander.

"Getting the opportunity to talk to an author about where their characters come from is so unique. And for her Newt comes from a really personal place, actually," Redmayne told Reuters.

"It was really lovely to hear about his genius in her imagination," he added.

Warner Bros' "Fantastic Beasts" begins with newspaper headlines documenting the growing power of a dark wizard named Gellert Grindelwald and fear and unrest among the magical community. It echoes the rise of the dark wizard Voldemort in Rowling's Potter stories.

Scamander's escaped creatures threaten to expose the wizarding world, which lives discreetly among oblivious non-magic humans. Meanwhile, Manhattan homes are being demolished by an unseen creature, causing non-magic humans to speculate and fear that witches live among them.

Scamander becomes a suspect for the magical ministry, but he is helped by ministry agent Tina Goldstein, her mind-reading sister Queenie and a non-magical baker named Jacob Kowalski to recapture his creatures.

Scamander's story is woven into the growing influence of Grindelwald, who believes that the wizarding world should rule over non-magical humans.

Potter fans will know Grindelwald from his friendship and eventual 1945 duel with Albus Dumbledore, the popular wizard headmaster from the Potter stories.

"There is a lot of darkness that is coming up and also the characters -- you see them growing so much throughout the film and there is still so much room for them to grow," said Alison Sudol, who plays Queenie.

"It will be really interesting to see when you spend more time with them how they will change, how they'll evolve. Where they find their way, will they lose it?" Sudol said.