Migrants from Turkish town to US focus of new documentary 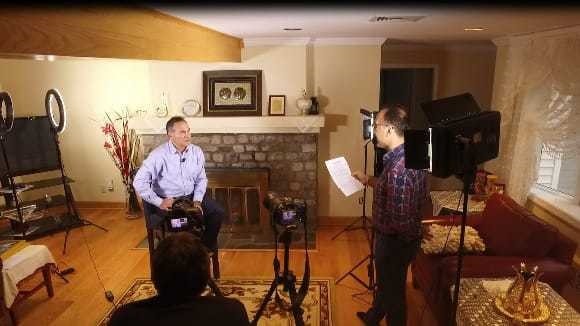 This unique documentary features the compelling life stories of thousands of Turkish citizens who left the remote town of Yağlıdere for the U.S.

While an estimated 16,000 people currently live in in the tiny coastal town in northeast Turkey, nearly 18,000 Yağlıdere residents have migrated to the U.S.

The majority of Yağlıdere migrants work as pizzeria owners, truck drivers and gasoline station owners in the northeastern U.S.

Many of the migrants who left the cultural traditions of their native Turkey behind have gone on to become successful businesspersons, helping locals in the small district of Yağlıdere by providing a massive foreign exchange reserve and sending a portion of their incomes back to the tiny Turkish town for investment purposes.

Local pizzeria owner and former Yağlıdere resident Çatalbaşoğlu is one of these successful businessmen, who entered the U.S. illegally in the 1990s after travelling to Guatemala, Ecuador and Mexico before eventually arriving in the U.S. He gained notoriety as the result of his sensitive approach to social events and abilities to engage in bilateral relations. Çatalbaşoğlu was not content to stay on the sidelines of his life in America, staying abreast to social developments that most deeply affected Americans and engaging in various events despite his illegal status as an immigrant. Most notably, it was Çatalbaşoğlu's launching of a volunteer-based campaign to help the victims of Hurricane Katrina that ultimately allowed him to evade deportation, when a court judge grants him the right to reside in the U.S. legally.

The main purpose of this documentary, which tells both harrowing stories of survival and success stories, targets a young audience by conveying that determination and passion breed success rather than just a university education. One of its key purposes is to emphasize the importance of setting a good example for society in our daily lives. The documentary is expected to be broadcast on national TV channels and university web TV channels, with private screenings also anticipated. Istanbul Aydın University Co-Director of International Relations at İAÜ Selman Arslanbaş is serving as production coordinator while Babürhan Cörüt, the head of the Photography and Video Program at İAÜ is the director of cinematography. Radio Aydın Editorial Director Sefa Dayı is in charge of editing while the documentary is directed by the head of the İAÜ Social Sciences Institute professor Özer Kanburoğlu.
Last Update: Nov 10, 2016 11:40 am
RELATED TOPICS