Five new films to debut in Turkish theaters this week 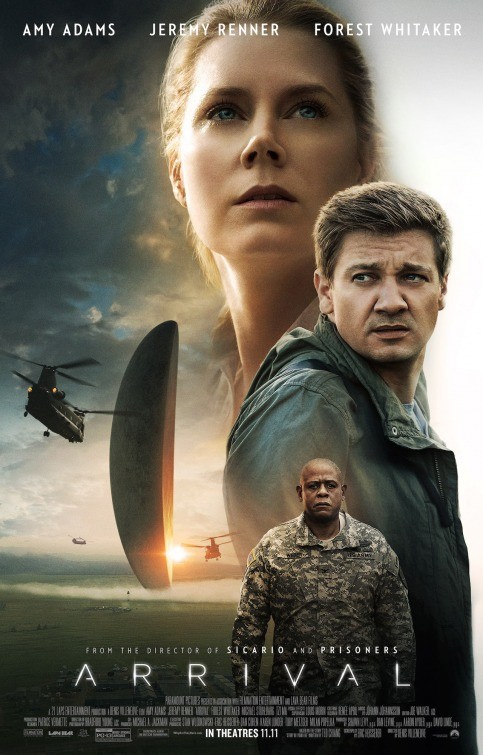 Directed by Canadian director Denis Villeneuve, "Arrival," starring Amy Adams, Jeremy Renner, Michael Stuhlbarg and Forest Whitaker comes to Turkish theaters following its screening at the 15th Filmekimi festival in Istanbul. Adapted from the short story by Ted Chiang, the film follows linguist Dr. Louise Banks who is assigned to decode the languages of extra-terrestrial beings that have landed in various regions around the world.

Ben and Leslie Cash have long lived largely off the grid with their children in a cabin in the mountains in the state of Washington. Parents have passed their ideals to their children, namely socialism and survivalism. As such, the children have been subject to vigorous physical training, know how to deal with minor bumps, bruises, cuts, sprains and even fractures, and know how to hunt, forage and grow their own food. However, when Leslie passes away, Ben has to take their children to the city to try to prepare them for a life they have never encountered before. Written and directed by Matt Ross, the film stars Viggo Mortensen, George MacKay, Frank Langella, Samantha Isler, Annalise Basso and Kathryn Hahn as the leading roles.

Starring Sigourney Weaver, Felicity Jones, Lewis MacDougall and Liam Neeson, "A Monster Calls" is directed by Juan Antonio Bayona. Adapted from the award winning namesake novel by Patrick Ness, the Spanish fantasy drama film follows a 12-year-old boy who tries to deal with the terminal illness of his mother as well as the bullies that give him a hard time at school. The boy, who always dreams of running away to a fantastic world where monsters and fairies live, encounters a "monster" in the form of a giant humanoid yew tree one night and he promises the sad boy that he has the power to fix the boy's unhappy life.

Renowned Turkish director Çağan Irmak, who made a name for himself with his 2005 film "Babam ve Oğlum" (My Father and My Son) and gained huge success with his 2008 film "Issız Adam" (Alone), presents his new film "Benim Adım Feridun" (My Name Is Feridun), starring Halil Sezai Paracıkoğlu, Büşra Pekin, Suzan Aksoy and Özge Borak. Adapted from Mahir Ünsal Eriş's namesake novel, the film recounts the story of Ersan who has recently ended his long term relationship with the love of his life. Ersan crashes a wedding, gets mistakenly identified as another man by the guests and is hilariously dragged into an unanticipated adventure.

Written and directed by Levent Özdemir, "Rus'un Oyunu" (Russian's Game) stars Fırat Tanış, Leonid Kulagin and Anastasiya Klyeva as the leading roles. The film follows a Russian scientist and his revenge plan in order to avenge his daughter.
RELATED TOPICS