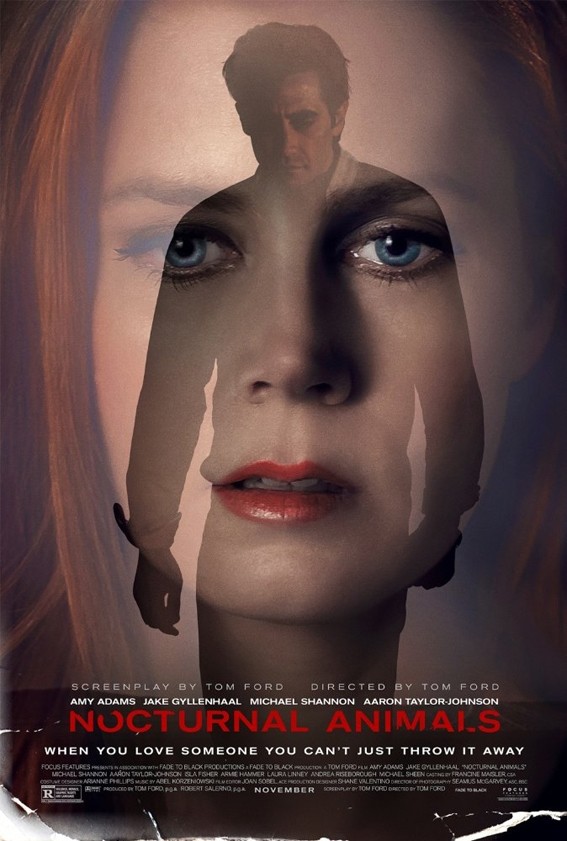 u201cNocturnal Animalsu201d stars Amy Adams as an unhappy gallery owner whose life is turned upside down when she receives a disturbing manuscript from her ex-husband, played by Jake Gyllenhaal.
by reuters Nov 17, 2016 12:00 am
The dark hues favored by fashion designer Tom Ford saturate his new movie, "Nocturnal Animals," a palette that fits a noir thriller exploring violence, revenge and divorce.

The film, opening as a limited release in U.S. theaters on Friday, is Ford's second as a director, following his acclaimed 2009 drama "A Single Man."

"Nocturnal Animals" stars Amy Adams as an unhappy gallery owner whose life is turned upside down when she receives a disturbing manuscript from her ex-husband, played by Jake Gyllenhaal.

Ford, famous as a designer for sleek silhouettes and sharp suits, talked to Reuters about his evolution as a filmmaker who explores the messiness of humanity.

Q: What's the biggest difference between your first and second films?

Q: What did you want to explore in this tale?

A: The central theme for me was really about finding people in your life that mean something to you and not letting go of them. In a way, it's a cautionary tale about what can happen when you do let go of those people. That's the most important thing in life for me. I'm an extremely loyal person ... When I find great people, I hold onto them, and in today's world, today's culture, we not only throw things away, I think we often throw relationships away and people away.

Q: What do Jake Gyllenhaal and Amy Adams bring to their characters?

A: Jake, he's spectacular in this, and he's spectacular because his character arc is tremendous. We go from someone who is idealistic, optimistic, fresh and young, to literally a man who has had everything taken away from him.

Amy Adams was the very first person I was able to attach to this project, and I wanted her character to be sympathetic, and for us to empathize with her, because it would be very easy for us to dislike this woman who has everything, and yet she's not happy. But there's something in Amy's eyes that's so soulful, you can't not fall in love with her.

Q: What can we expect from your next film?

A: I would love to make a comedy or a musical, which is funny. It's what I started out to do right after I made "A Single Man." But maybe I just wasn't feeling in such a funny place - although there are moments of comedy in this film. You need that relief of just the absurdity of our world.
RELATED TOPICS