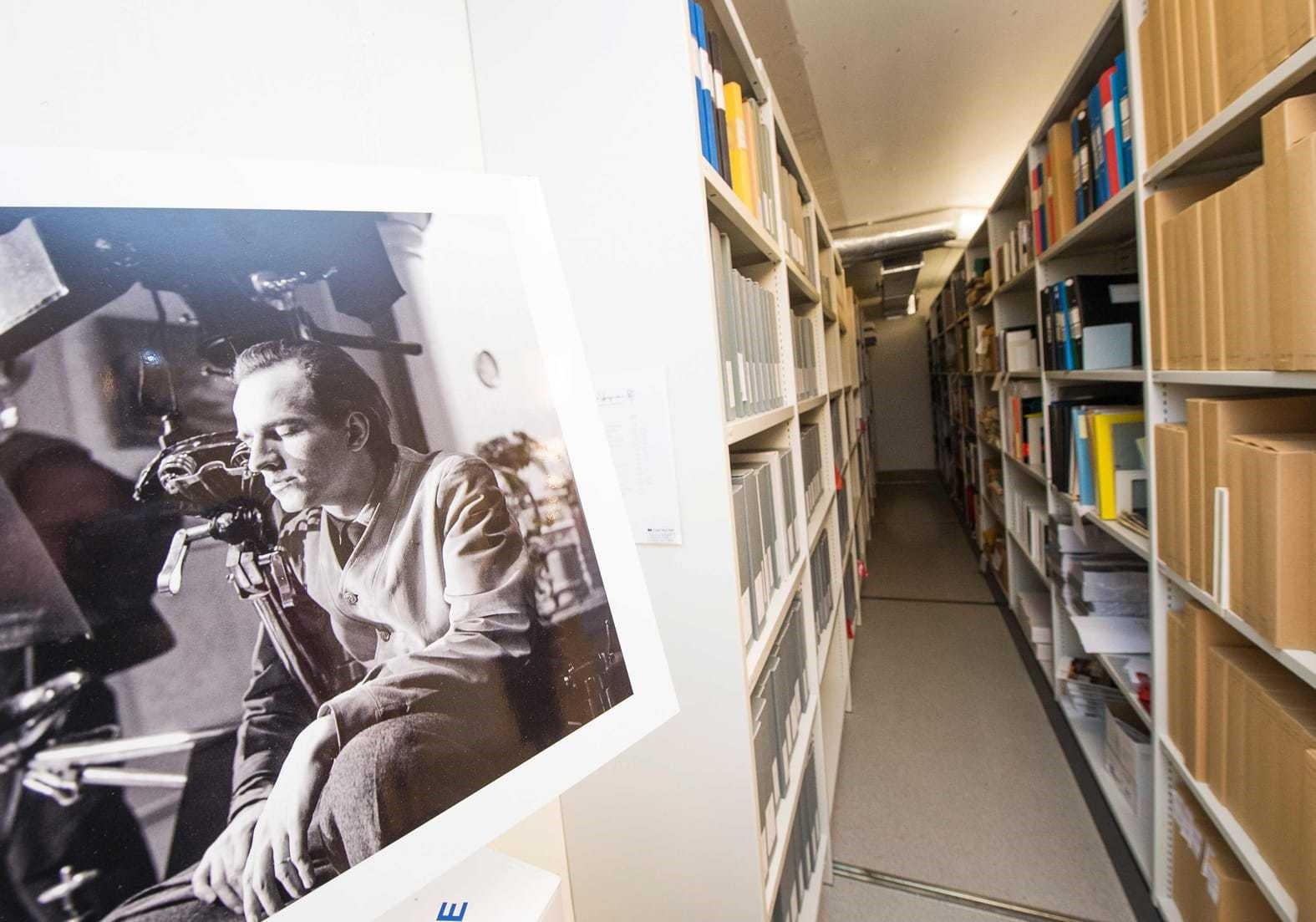 Ingmar Bergman archives located at the Film House in Stockholm.
by French Press Agency - AFP Nov 21, 2016 12:00 am
Discovered in Ingmar Bergman's archive, a previously unknown manuscript about sexual frenzy and social revolution in the 1960s is to be turned into a movie, nearly a decade after the Swedish director's death.

"Sixty-four minutes with Rebecka," written by the legendary filmmaker when he was aged 51, was found in 2002 when Bergman donated his work to an institute in his name, shelved among thousands of letters, completed screenplays and photographs.

"Finding an unknown but finished Ingmar Bergman screenplay would be the equivalent of finding a manuscript by Hemingway or if not Shakespeare," Jan Holmberg, head of the Ingmar Berman Foundation, told AFP.

Known for broaching issues of death, loneliness and religious self-doubt, Bergman portrays the main character Rebecka as an emotionally alienated teacher of deaf mutes, seeking sexual and political liberation during the tumultuous 1960s.

Bergman, who was an introverted and conservative filmmaker, portrays the era's frenetic sexual and social revolution in the script, which was originally meant to be a movie collaboration between Bergman, Federico Fellini and Akira Kurosawa, a trio of directing giants.

Fellini had contacted Bergman in 1962 to ask if the Swedish director would be interested in filming a joint movie series with Kurosawa, who years later dro

pped out for unknown reasons, according to Holmberg.

In 1968, Bergman and Fellini signed a Hollywood contract to turn the script into a joint motion picture, but when the Italian screenwriter did not keep his part of the agreement, Bergman was offered to direct the film by himself.

Suffering a major blow to profits because of the emergence and dominance of television in the 1960s, the US film industry began to diversify, drawing inspiration from European cinema.

Holmberg said several letters sent back and forth between Bergman and movie executives indicated "an increasingly irritated atmosphere, where the movie companies suddenly wanted the film to be longer than what had been thought earlier" to turn it into a TV series.

Adapted into a radio play which premiered in Sweden on November 6, the script was directed by 72-year-old Suzanne Osten, a renowned Swedish filmmaker who had a conflicted relationship with Bergman throughout her career.

"We had a few confrontations and he was generally known as controlling, but no one has ever questioned his quality as a filmmaker and artist," Osten told AFP.

"I would never have made it if he lived today. He was a conservative old man and became even more conservative. But he was also a very sensitive artist," said Osten, who is set to direct the movie adaptation of "64 minutes with Rebecka" in 2018.

Holmberg said Bergman would probably have "turned in his grave" if he knew Osten was directing the script, but later "calm down and realise that this is a pretty fantastic way to continue his legacy.

"He and Susanne were often enemies and stood on opposite sides in the political and cultural rebellion at the end of the 60s," he added.

"She is younger than Bergman was and stands for something different... This will be a feminist reinterpretation of Bergman," Holmberg said.

The son of a Lutheran minister and a nurse, Bergman was born in 1918 in the Swedish town of Uppsala, north of Stockholm, and had a strict religious upbringing, noticeable in many of his films.

He died in 2007 at the age of 89 in Faro, a Swedish island in the Baltic Sea where he filmed several of his movies.
RELATED TOPICS