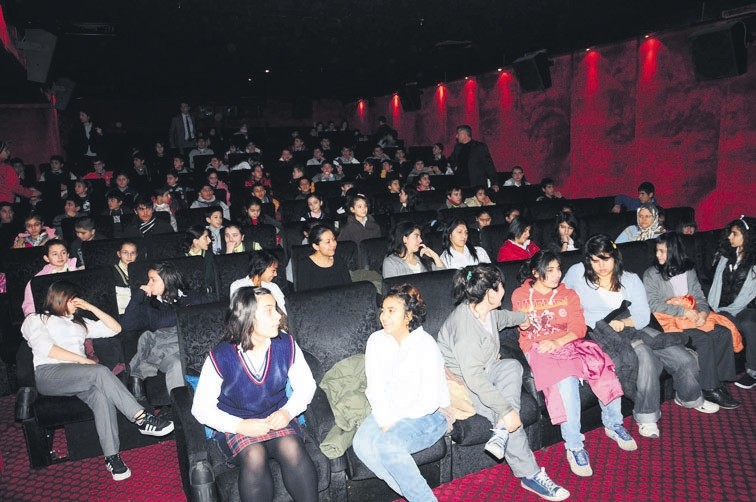 by Anadolu Agency Nov 25, 2016 12:00 am
At least a million student all across Turkey will get an opportunity to experience the magical world of silver screen next year as a part of a project initiated by the Culture and Tourism Ministry titled "All Students to Cinema Halls."

The project was first initiated in 25 districts in Ankara, Turkey's capital. A total of 8,000 students from 45 different schools, most of who had never been to a cinema before, attended film screenings at the cinema halls at the Culture and Tourism Ministry's General Directorate of Cinema.

The initiative was a remarkable success, as pre, elementary and middle school students had a splendid time to come face to face with the magical world of the silver screen. Screened as a part of the project, the Turkish and Japanese co-production "Ertuğrul 1890" was a major hit among the students.

The project aims at contributing to the social and cultural development of children. Students, who were in a cinema hall for the first time thanks to the project, had sent letters to the ministry expressing their gratitude, excitement and happiness.

The main goal of "All Students to Cinema Halls," which will an important role in training the film buffs of the future, is to initiate the project across Turkey and draw at least a million students to the cinema halls through the support of the Ministry of National Education and Cinema Hall Investors Foundation.

A cooperation protocol in relation to the project was signed Culture and Tourism Minister Nabi Avcı and National Education Minister İsmet Yılmaz this Wednesday.
RELATED TOPICS